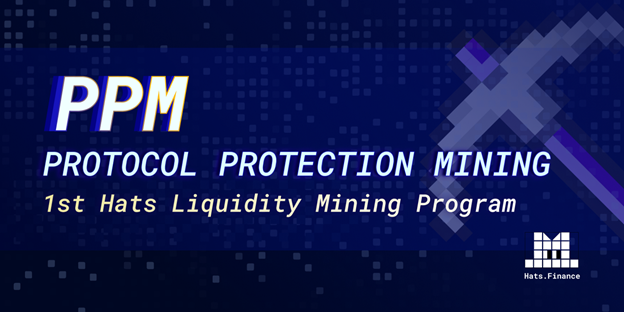 Hats.Finance, a decentralized cybersecurity incentive network being governed and supported by its community stakeholders of hackers, projects, and digital token holders, states that the future of online security will involve “incentivized” security.

The Hats.Finance developers have shared an update in which they’ve announced the launch of PPM (Protocol Protection Mining) and “Hatonomics.”

According to Hats, the takeaways from their announcement are:

Hats.Finance wrote in a blog post that they are developing a decentralized cybersecurity incentive protocol. Their main purpose is to create the base layer standard for which any initiative can place a bounty with its native token in order to safeguard its smart contracts.

The benefit of having a security bug bounty initiative is that it does not cost anything unless there’s actually a disclosure that could have been a lot more costly if the program didn’t exist, the Hats team noted.

They also mentioned that the scalability that Hats provides is that as the initiative continues to grow in adoption and overall value, so will the bounties provided by it. Hats is a public or permissionless system and it’s also open, which should motivate communities to take part in its protection and to acquire Hats tokens to implement a “community-governed protocol.”

The Hats team added that a decentralized ecosystem such as Hats needs to attract those who can provide their services as white hat hackers, source-code auditors, online security experts, and even black hat hackers, particularly if they acknowledge and reward them for their contributions with unique non-fungible tokens (NFTs).

During the last couple months, the team has been working on incentives to encourage long-term participation along with alignment of interest for all ecosystem participants. As noted by its development team, this isn’t a simple or straightforward task, and they’ve been holding discussions with live protocols for their feedback on this. The developers also clarified that this is just the initial stage and they’re looking for some meaningful feedback from community members.

As noted in the update, protection mining, which is basically a play on Liquidity mining, is the act or practice of offering protection liquidity via digital currencies to dedicated Hat protocol vaults.

Because the main purpose of Hats is to maintain fairly large, incentivized vaults, Hats.Finance aims to incentivize users who are willing to bring funding to the platform to reward timely and regular disclosures from hackers or security experts.

As explained in the announcement, the aim of PPM is to “incentivize token deposit to the security vaults, increasing the size of the vault and in return receiving reward in the form of $HATs.”

Vault deposits are carried out immediately, withdrawal typically has a 7-day time lock because the actual disclosure process may take around 7 days. Each security vault will get a reward allocation points, which will indicate the pro rata allocation of “the emission rate of Hats.” Allocation points are awarded and adjusted by Hats the governance protocol, the announcement explained.