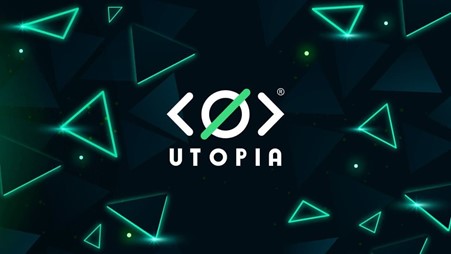 How Utopia (Crypton) Ushers in The Next Era Of Cryptocurrency Mining

In the current cryptocurrency landscape, there are many different ways to generate new assets and secure networks. Furthermore, the traditional mining approach may soon be a thing of the past due to growing energy consumption concerns. Therefore, to make cryptocurrency mainstream, more favorable and accessible mining solutions need to be explored.

It is no secret that mining Bitcoin is a costly undertaking. This concept is not unique to Bitcoin either, as other public blockchains are facing similar issues. Per AsicMinerValue, there are plenty of machines that can turn a decent profit when mining. However, most of these machines require a steep upfront investment, and there are electricity costs to take into account. For most people, mining cryptocurrency with specialized hardware isn’t worth it.

When it comes to acquiring this specialized hardware, one has to consider numerous factors. Buying the machine themselves is often only possible in bulk, creating a significant barrier. Moreover, one needs the space and room to handle these heat-producing machines and their noise levels. Even if all of that is taken care of, these machines often draw between 1 and 2.5 KwH from the wall every hour. Without access to renewable or cheap electricity, there will be little or no profit to speak of.

Rather than maintaining this unfair status quo, it is better to explore alternative cryptocurrency mining options. As consumers have access to many low-power devices that are small computers – tablets, smartphones, and even laptops – it is essential to leverage the potential of such devices. Before that can happen, developers need to develop alternative consensus algorithms capable of making crypto mining more accessible and less financially draining.

Why Utopia and their e-currency (Crypton) Is Different

Over the years, there have been a few alternative options to “mine” cryptocurrency. All of these algorithms still require input and effort by the user but far less expensive hardware resources to make a meaningful impact. Decentralized currencies should be for the people by the people, and not just for those select few with enough money to burn.

For those who prefer an even more hands-off approach, the Utopia ecosystem can prove worthwhile. It, too, leverages a separate software solution – the Utopia Mining Bot – to let users mine the Crypton cryptocurrency. All users need to do is deliberately instill the mining tool and earn rewards through the Proof-of-Stake mechanism. When the bot is running, it provides an extra network service by making all transactions confidential. Running the bot will require a constant internet connection, and opting for a VPS is a viable approach.

Unlike traditional cryptocurrencies – where mining software is part of the core client – Utopia deliberately separates the two aspects. Users can support and use the network without mining Crypton, yet those who prefer to do so can explore the option by downloading the separate application. It is not mandatory to do so, yet giving users an option to do so is a form of empowerment.

As there can be unlimited numbers of bots on the networks, users are free to spin up multiple instances themselves. This is also a bit different from most crypto networks, where one can usually run one or two nodes, but not an unlimited amount without making upfront investments. In essence, Crypton is the most accessible and affordable way to begin cryptocurrency mining today.

The approach by Utopia creates a more than viable alternative to traditional cryptocurrency mining. Making this concept more approachable and accessible will prove beneficial to thousands, if not millions, who want to regain financial control.