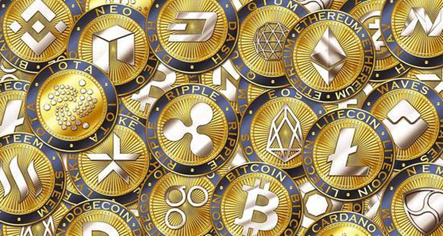 In a Down-spiraling Market, Bit.Store May Become the Best Bargain-hunting Gem 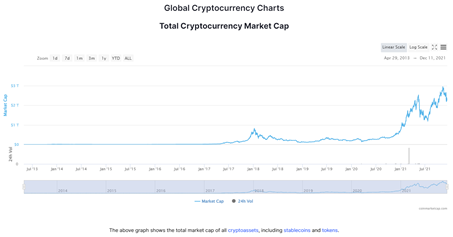 On December 4, the entire cryptocurrency market plunged, which was perceived as the perfect opportunity for cryptocurrency “bargain-hunting”. After all, as the global market’s general consensus on cryptocurrencies continues to rise, the opportunities for low cost tokens are becoming less and less .

Chaos in the cryptocurrency market

Cryptocurrency is a relatively special asset. Compared to traditional electronic investment like stock trade, cryptocurrencies are more decentralized and independent. This means that many cryptocurrencies can easily become the “white gloves” of many shady products, such as money laundering.

The traditional cryptocurrency OTC business (using fiat currency for OTC purchase) is the major means for many investors to obtain cryptocurrency. Especially the OTC services provided by many CEX trading platforms. In the process of trading with strangers, it is easy to conduct transactions with some “illegal assets”. Many Chinese investors, in particular, are plagued by the security of capital sources.

Whether an investor buys or sells cryptocurrency, the bank account you trade from may be labeled as a “money laundering account”, and the investor will also be seen as an accomplice in this money laundering ‘witch-hunt’. The Chinese police’s previous “card break” operation could freeze investors’ bank accounts and cause a lot of unnecessary complications in trading cryptocurrencies alone.

But recently, an investment tool application called Bit.Store, has gradually been favored by many cryptocurrency investors for its low cost and safety aspects for investors to buy cryptocurrency with peace of mind.

Although cryptocurrency exchanges in the past were the most important way for investors to obtain cryptocurrency, there has been a certain amount of security risks for OTC transactions. The impact of the rise of DeFi world, new online purchase methods represented by Paypal and Cash APP gradually emerged. Of course, these traditional payment giants are still mainly about profit and typically charge anywhere from 2.5% to 5% compared to OTC deals. As these giants are mainly based in North America, they also mainly carer to the North American users as their main services. Bit.Store is a platform that focuses on cryptocurrency trade there with many advantages.

Since the COVID-19 swept the world in 2020, a large number of young graduates in Southeast Asia faced tremendous difficulty. A region strapped with a single economic structure and weak a industrial level. Under the banner of GameFi games represented by the YGG guild, Southeast Asia represented by the Philippines paved the way of a “gold rush” as a source of livelihood. The trading of cryptocurrencies became a means of life. Bit.Store became the most popular gold platform in Southeast Asia at the time.

Bit.Store is more in line with the habit of traditional investors, using traditional internet products, and allows users to buy cryptocurrency at a low cost without the need to master any knowledge of blockchain or cryptocurrency. Newcomers, when trading cryptocurrencies they only need to buy or sell and pay the price at that time.

The Bit.Store product itself, is not limited to or does it depend on a fixed area. Bit.Store is serving a mass market of cryptocurrency investors in Southeast Asia, and is on the way to expand to the Middle East, North and South America, as well as Europe and Australia. Continuously moving closer to globalization. Ultimately enabling all users to use Bit.Store to purchases cryptocurrency.

Besides its convenience, Bit.Store’s advantage is also one of security and peace of mind. Bit.Store itself has a set of anti-money laundering risk control measures, and actively cooperate with relevant departments to supervise funds, and its own business is within the framework of compliance and licensing. Bit.Store was recently granted a Hong Kong MSO licence, a US MSB licence, and a Canadian MSB licence. The application for a Indonesian trade license is expected to be approved in Q1/2022, and while Bit.Store also has European EMI licenses as well as South American trade licenses and commercial licenses from other countries and regions. Bit.Store’s conduct of business is in line with the supervision of the vast majority of regional laws, and further protect the rights and interests of users as well as be protected by the law.

Paypal or Cash APP users will be stored on a central database by these platforms when they purchase cryptocurrency. This of course has some security risks if a wallet loses the user’s assets, or inevitably infringes on it. Bit.Store users’ funds will be secured and deposited to the custodian Coinbase after buying crypto assets. Coinbase is one of the world’s largest compliance platform, as well as the with well-known cryptocurrency wallet Cobo, which will also fully pay if users occurs any loss. PWC, a world-renowned auditor, will also regularly carry our Bit.Store audits to ensure there are no vulnerabilities in the platform. So in terms of security and compliance, Bit.Store has a very strong lead.

Bit.Store, with great potential in the future

Currently, Bit.Store has cooperated and worked with nearly 40 payment companies and has established strong payment networks in more than 20 countries and regions. This means that the majority of the world and most payment channels can function with the Bit.Store APP. At the moment Alchemy Pay, a famous payment platform, has reached a strong partnership with Bit.Store that also enables their global expansion mission immensely.

Bit.Store has established strategic partnerships with the world’s three major cryptocurrency exchanges, providing Bitcoin trading services, and also works in conjunction with an international bank and international payment agency, and is able to provide corresponding services to their users. Bit.Store, as a decentralized product, has now partnered with the oracle network ChainLink to further secure the offer of fair and decentralized prices.

Different from Paypal and Cash APP Internet products operation mode, Bit.Store is a Web3 feature product. It is more about the concept of DAO autonomy, and in the form of community autonomy. With the growth of the social community in mind, the Bit.Store global community currently has nearly 200,000 users, and the daily active users have reached nearly 50,000 per day.

The Bit.Store community has also established a digital currency investment based discussion group and information communication channels. Users are able to connect with professional media organizations to publish letters and through participation in activities, trial products, comments, evaluation and social comments, and also able to communicate with each other. For many junior investors they will also be able to pass through Bit.Store’s community and link with senior investors to replicate their portfolio and strategies. This not only reduces the risk of inexperienced investors but improves the possibility of further profitability. It also helps the investors build their own IP and promote users to use Bit.Store promotes growth.

With the further rise of GameFi, NFT and other sectors, cryptocurrencies may gradually form a strict demand and Bit.Store has many advantages on track where users can trade cryptocurrency with fiat currency and continues to highlight the potential. Right now in the overall downward trend, Bit.Store may become the best “bargain-hunting” gem.