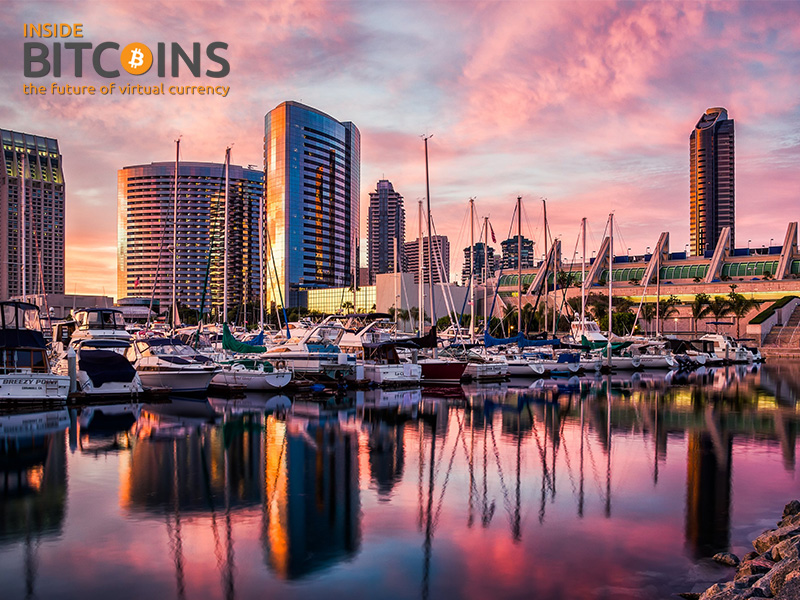 by Armaan Chandnani
in Bitcoin, Bitcoin Education, Conferences and Meetings, Inside Bitcoins, Inside the conferences, Interviews, News, News teaser, Trending
0

The Inside Bitcoins conference in San Diego will be held from December 14 to the 16 of this year. The conference has been covered by Bitcoinist in many states such as New York, and this is the beginning of many interviews with the speakers that will be attending the conference. Today, we have Steven Michaels, the founder of the Digital Currency Institute, an educational and certification service founded to help individuals better understand the benefits of Bitcoin and related currencies. It needs no introduction due to the popularity of its certification program which would make you a certified bitcoin consultant by its standards. Without further ado, the interview

What role do you want the Digital Currency Institute to attain in bitcoin related circles?
“I want DCI to be known for its support and training of the cypherpunk ideals – primarily the idea of sound money that empowers mutual, voluntary exchange while being resistant to third-party
interference.

Our instructional focus is on:

1. Wallet security best practices
2. Economics of Bitcoin
3. Familiarity with the tools that make using Bitcoin easier while
preserving or enhancing its privacy and censorship resistant nature.”

What are your thoughts on Bitcoin XT? Do you plan to address it at the conference?
“I’m not a computer scientist but I do have a good understanding of economics. From that perspective, the most important features of Bitcoin, in my view, are 1) Its potential to act as a long-term store of
value; 2) Privacy; and 3) its ability to act as a tool for self-defense against tyranny.”

“I’m not a fan of XT Coin personally but I’m glad it was released because it has forced the public debate on many levels. It is also a “stress test” for Bitcoin itself. At any rate, it looks like Bitcoin is working
like it is supposed to. Consensus is hard and it should be extremely difficult to make changes to the core protocol. Ultimately, the market always decides and I think it is making the right choice at the moment by rejecting XT Coin in its original form.”

How much time have you been aware of bitcoin. Consequently, working with it?
“I was first introduced to Bitcoin in January of 2011 but I didn’t really take noticeuntil the June, 2011 article in Gawker Magazine which was a story on The Silk Road. When I learned that a persecuted minority of the population could trade freely usingthis amazing new currency I immediately saw its potential for enhancing individual liberty. It is truly revolutionary. I’ve been hooked and involved full time ever since.”

What are your thoughts on Bitlicense?
“I am against violence in every form. All licensing is simply the use of violence by some people to restrict the lives of other people. Licensing – and most laws – are the act of committing an immediate and certain crime (restricting voluntary association) with the hopes of stopping a possible, future crime. Licensing is anti-human and anti-life at its core. Committing an immediate crime to hopefully prevent a future crime is unacceptable in a free society.”

What do you hope to achieve at the upcoming Inside Bitcoins conference?
“My goal is to always promote tools that can maximize individual liberty and provide for self-defense against tyranny. Bitcoin is one of these tools if used properly and I hope to convey this message to all
who care to listen.”

Consider the pros and cons of using Bitcoin. Which pro outweighs most of the cons?
“Without a doubt it would be its potential to act as a long-term store of value. Capital always flows to where it is respected and protected. Bitcoin protects capital because bitcoin is in limited in
supply, it is relatively easy to protect, and it is useful in trade. Capital (property) is the product of our life energy. Capital is the fruit of our labor. Capital is life. Bitcoin is life. If you value your life you should pay attention to Bitcoin.”

Bitcoin conferences open the door for speakers to express their ideas regarding a certain subject or to propose new ideas that have yet to be explored by bitcoin companies. Most importantly, receiving insight into a speaker’s mind helps you understand how their mind operates in respect to their ideals, morals, innovation. We have not explored the full capacity of the blockchain which leads me to believe that the exploitation of its innovation is just a matter of time. I love interviewing speakers as I can understand their mindset on bitcoin and Michael was able to transmit it to me through a few questions. I will see you on the next Inside Bitcoins San Diego interview.

Will you be attending the Inside Bitcoins Conference? Let us know in the comments below!