As Bitcoin breached the $2000 barrier worldwide Friday, Japan’s exchange spreads had begun widening, with asking prices exceeding $500 above the average amount quoted on resources such as Coinmarketcap.com.

Fellow exchange BitFlyer registered a 97% increase in trade volumes in the 24 hours to press time Sunday. By contrast, Kraken saw USD/BTC up 21%, Bitfinex 51% and GDAX 45%.

Dotcom, Saxobank: ‘I Told You So’

Momentum in Japan has steadily increased as Bitcoin gains more of a public profile in business and media circles. Most recently, a drive focussed on mainstream availability – and hence adoption – of Bitcoin payments will see hundreds of thousands more outlets able to accept the virtual currency.

These outlets include those of major payment apps and by extension Alipay.

The Japanese exchange climate is also of interest to traders abroad as prices accelerate and opportunities for profit-taking via arbitrage become an increasingly hot topic of conversation on social media.

Taking kudos already meanwhile are those who predicted current prices when Bitcoin was worth much less.

Among those were Saxobank and Kim Dotcom, both of whom forecast a $2000 Bitcoin in 2017.

When Bitcoin traded at $500 last year I tweeted that it would go up to $2000 this year. #Nostradamus ? pic.twitter.com/GSMicgkRX2

The banking world has also seemingly reacted to the new personality of Bitcoin, with Norwegian Skandiabanken offering cryptocurrency-denominated accounts.

At the same time, however, all is not well. On a technical usability level, the Bitcoin network’s backlog of unprocessed transactions means that many investors are unable to benefit from arbitrage or other trading-based options afforded by the diverse exchange market.

The mempool is hovering around all-time high levels, vastly inflated compared to even two months ago, with even significant fee rises unable to impact on waiting times.

Having briefly dropped Friday, queues are now lengthening once more, with tools such as transaction accelerators either maxed out or charging comparatively high fees to increase the probability of a speedy confirmation. 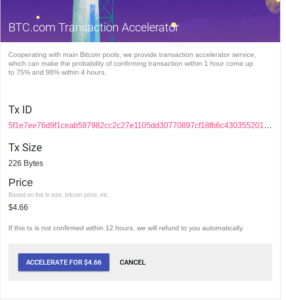 A test transaction from Bitcoinist with a fee of 120 satoshi per byte, unconfirmed for 24 hours, would currently cost $4.66 to accelerate with BTC.com.

What do you think about the differences in exchange prices for Bitcoin? Let us know in the comments below!