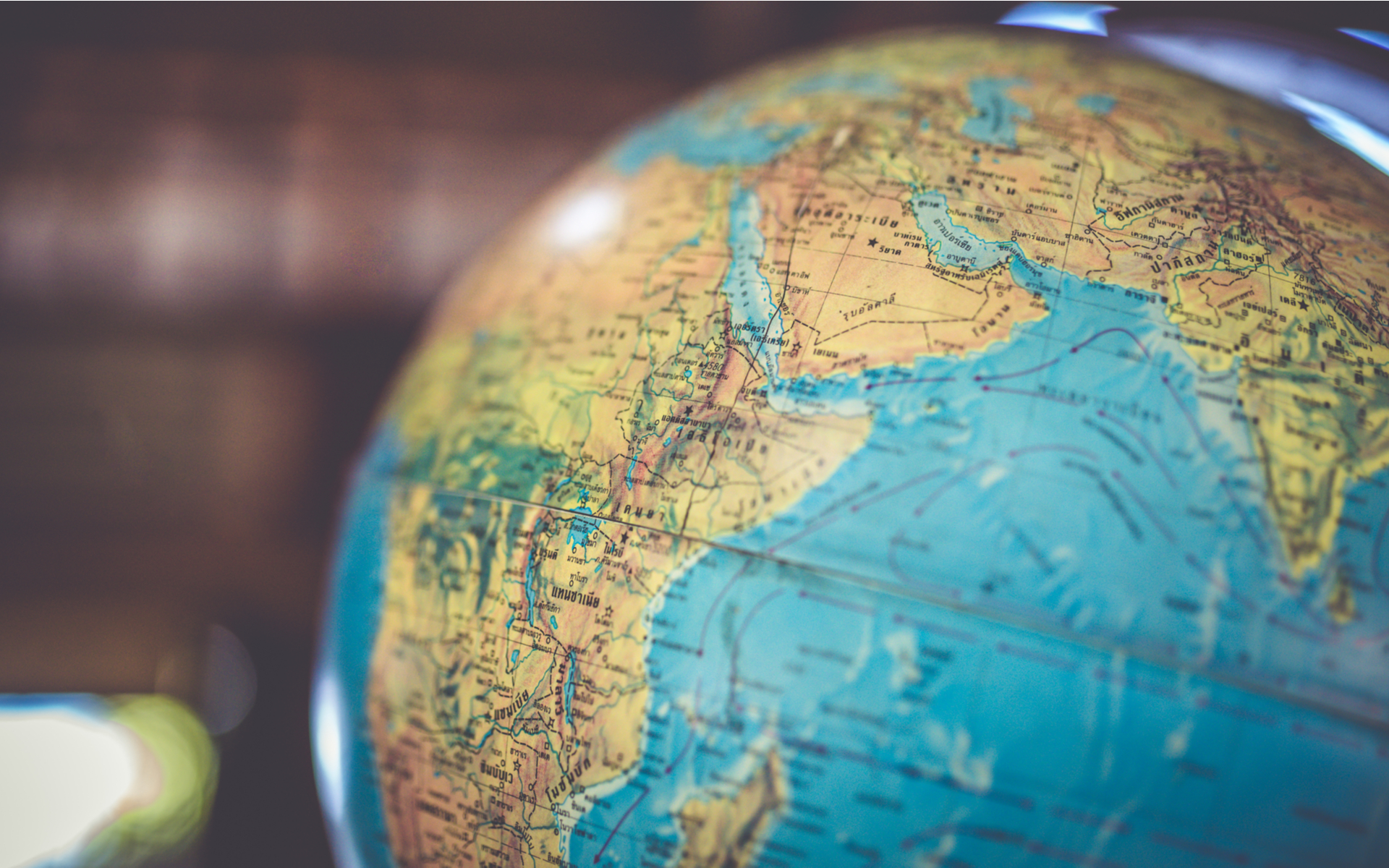 How Much Do People Actually Know About Bitcoin Around the World?

Bull runs, futures, institutions, Bakkt; Bitcoin is gaining ground like never before. But how much do everyday people know about Bitcoin around the world?

Knowledge About Bitcoin Around the World

This summer, I took some time out. My travels led me to a few of the world’s most progressive Bitcoin countries, excluding Malta and Switzerland.

I was excited to see the depth of knowledge about cryptocurrency around the globe and how people use it or talk about it in their everyday lives. But what I found was a little bit shocking.

How much do people know about Bitcoin around the world? In 99.9% of cases, absolutely nothing. Here’s a break down by the supposedly forward-thinking-on-cryptocurrencies places I visited.

In Barcelona in July, they held the Barcelona Trading Conference. As the name suggests, it was a meetup for exchanges, market makers, liquidity providers and the like. Of course, the talk at the conference was all the usual chestnuts. 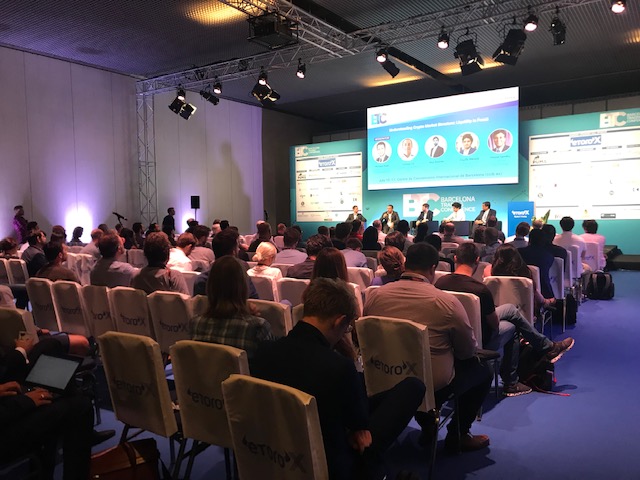 The price of Bitcoin, the future of blockchain and exchanges, the slowness of DEXs, the need for a better UX, clumsy regulation worldwide, and some waxing lyrical about commission-free trading.

At the conference and the after-party, everyone, of course, knew about Bitcoin. But, stray a little from the convention centers and the 5-star hotels and the knowledge of Bitcoin in Barcelona was painfully low.

The very city the Catalan Vice President Pere Aragonès has just declared a leader in the space and announced a whole bunch of wooly initiatives which he took no questions on, had a collective knowledge of Bitcoin hovering around zero.

It’s not that everyday citizens failed to understand how Bitcoin worked. It was that, in my experience, the majority had not even heard the word before. Let that sink in for a moment when you begin getting excited about retail FOMO.

To be clear, we’re not talking about people invested in the space. My research was more on a layperson level. We’re talking taxi drivers (who usually know a little about everything), wait staff, idle conversations with hotel guests in elevators, and even an old college friend of mine. He’s from Finland and he had heard of Bitcoin. But his level of knowledge and interest went no further than that.

Portugal is busy making a name as a trailblazer in the space. The country recently announced that it will not be charging tax on all earnings in cryptocurrency.

In fact, at the end of last month, the local Portuguese Jornal de Negócios reported that the country’s tax authority had declared that all cryptocurrency trading and payments in Portugal are 100% tax-free.

Portugal also signed a 10-year deal with Web Summit, one of the largest technology conferences in the world, recently for Lisbon to host the cutting-edge conference about all things AI, IoT, blockchain and other emerging techs.

With all this in the background, I assumed the Portuguese would have one of the highest levels of knowledge of Bitcoin around the world. That sadly was not the case. 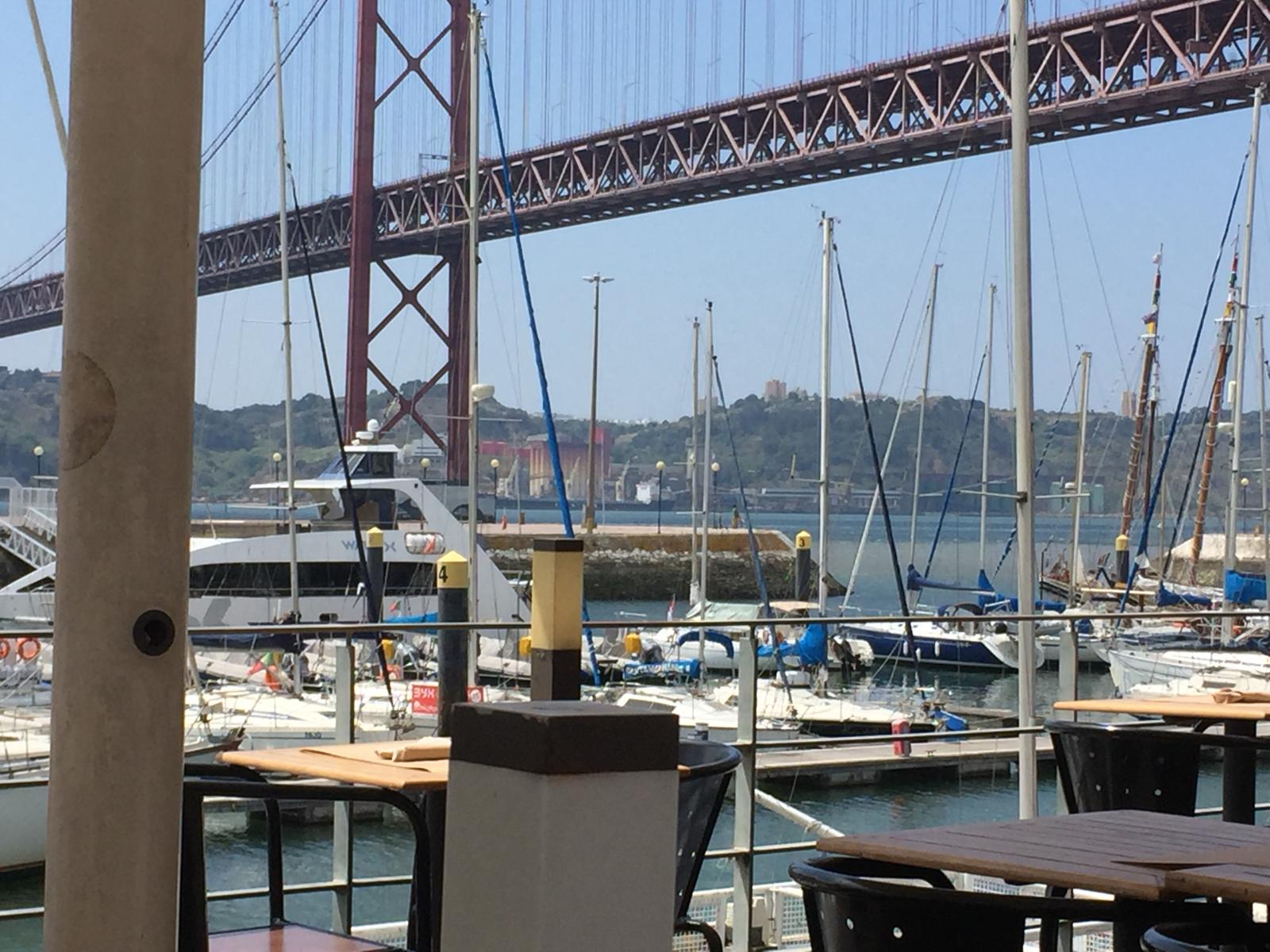 Granted, I spent most of my time in a surfing town some 30 kilometers from the capital. But I did visit Lisbon several times.

With such a technology-focused government and tax authority luring cryptocurrency entrepreneurs to the country, the layman in the cobbled streets of the hilly capital remains almost completely in the dark.

With some 634 companies incorporated in Singapore this February with a combined market cap of approximately $8.3 billion, Singapore has been confirmed a “hotbed” for cryptocurrency many a time.

Compared to other countries in the region, its regulation is relaxed and the scene burgeoning with seven Bitcoin ATMs here. 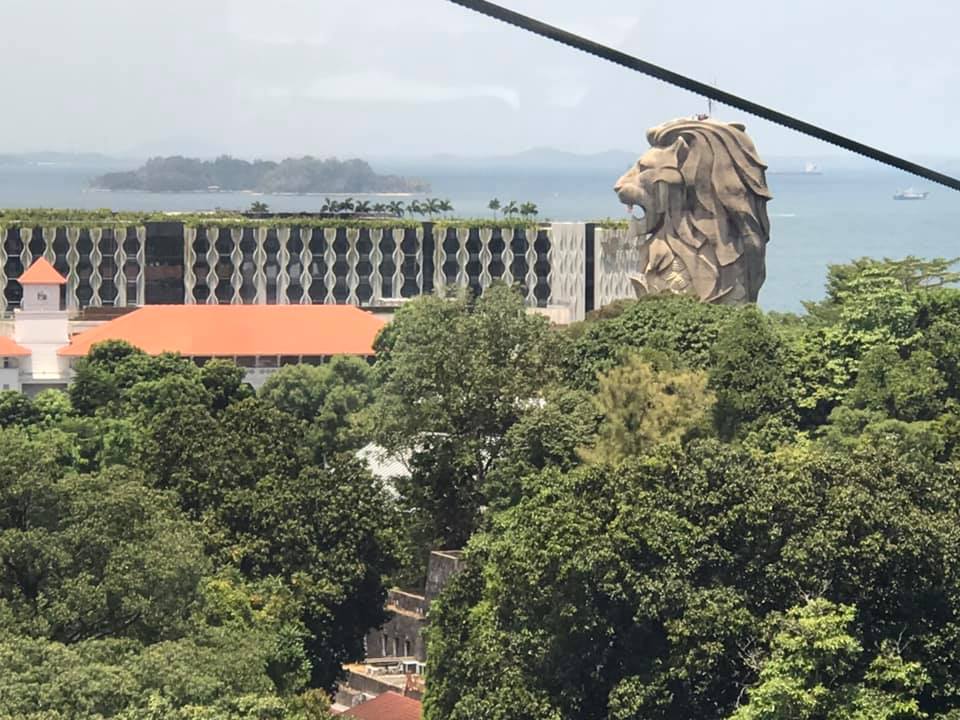 Surely, this pristine city where every clock, train, and tram works to perfection would be full of bars and restaurants of everyday citizens chatting about the halvening, the store of value versus payment method debate, and how high the price will go.

Again, not exactly. As Bitcoin around the world goes, knowledge was higher in Singapore according to my research. But we’re working from a very low base. There was one Grab driver who had heard of it–but it made no mark on his life whatsoever.

The rest of the people I spoke to (a selection of everyday people working in mostly simple jobs, although I did fly business class and speak to a few passengers there as well) knew nothing about Bitcoin at all and were certainly light years away from using it.

Indonesia frequently grabs the headlines for high adoption and sales on LocalBitcoins. Its regulation is progressive, recognizing Bitcoin as a commodity, and you often hear about how countries with uber-high inflation and a lot of zeros in their national currency are being “saved” by Bitcoin. 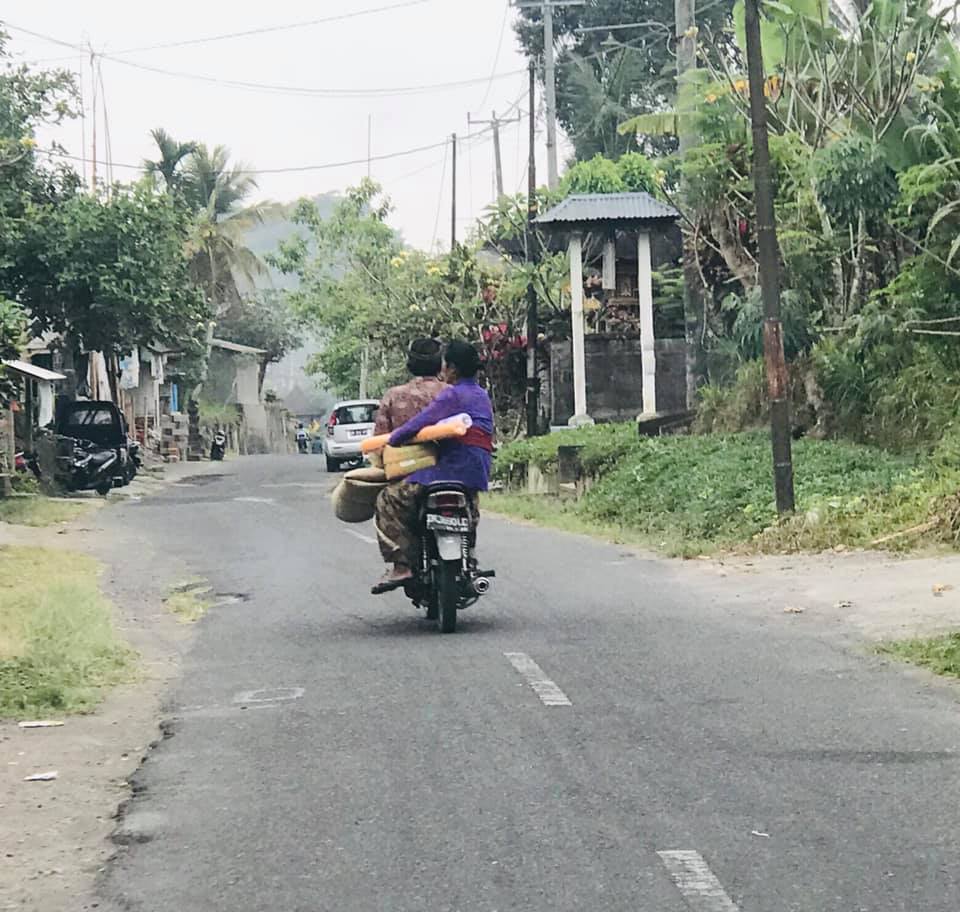 Also, how companies are making remittances possible through Bitcoin and how it’s changing the lives of people across the country. Well, if it is, it’s still a decidedly small number. In this cash-based society where I blitzed through millions of Rupiah a day, they’re a long way off Bitcoin adoption.

To clarify, I was not in Jakarta or Sumatra. I was in Bali, where I visited a selection of different places. Some ramshackle market stalls where WhatsApp rules the roost and will soon be opening WhatsApp Pay. It makes sense. Having a wallet stuffed full of useless paper notes is rather inconvenient, as is paying 35K for icecream. 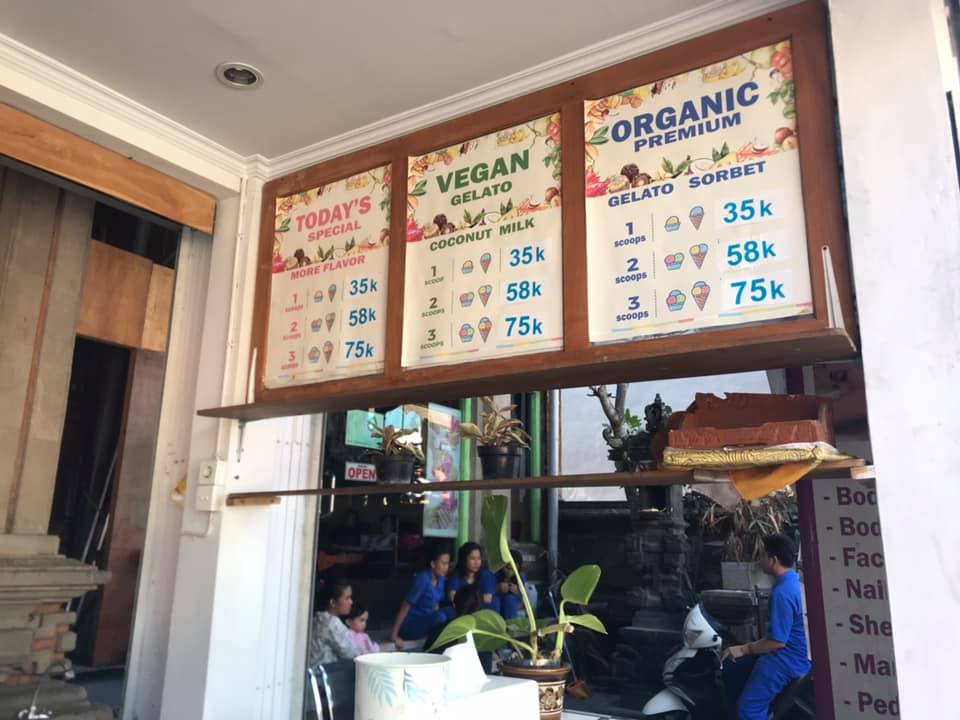 But from the market stalls to the farmlands, from its biggest city Denpasar to the many Australian tourists I met there (business people, marketers, advertising execs) their knowledge of Bitcoin was once again, a resounding ZERO.

Nope. Never even heard of it.

Mass Adoption Is Light Years Away

What my explorative summer made me realize is just how small all this whole space still is. Endless debates about institutions, Bakkt, Facebook, Microsoft, hard forks, mining, infighting, the halvening, even U.S. presidential candidates bigging it up or tearing it down, you simply assume that everyone else knows about too.

When you write articles about how Argentinians and Venezuelans are buying up Bitcoin like it’s going out of style, and how it will save them from losing their savings: it feels as if mass adoption is just around the corner.

But with only around 34 million Bitcoin wallets and roughly 50 million users worldwide, that’s still less than 1% of the population using it. And from my own experiences off the beaten path, it can’t be much more than that who have actually heard of it.

Facebook Libra or no, Microsoft, Santander, Bakkt… Bitcoin still has a very very long way to go before it even reaches the consciousness of everyday people around the world.

How far away do you think mass adoption is? Add your thoughts below!

Images are author’s own