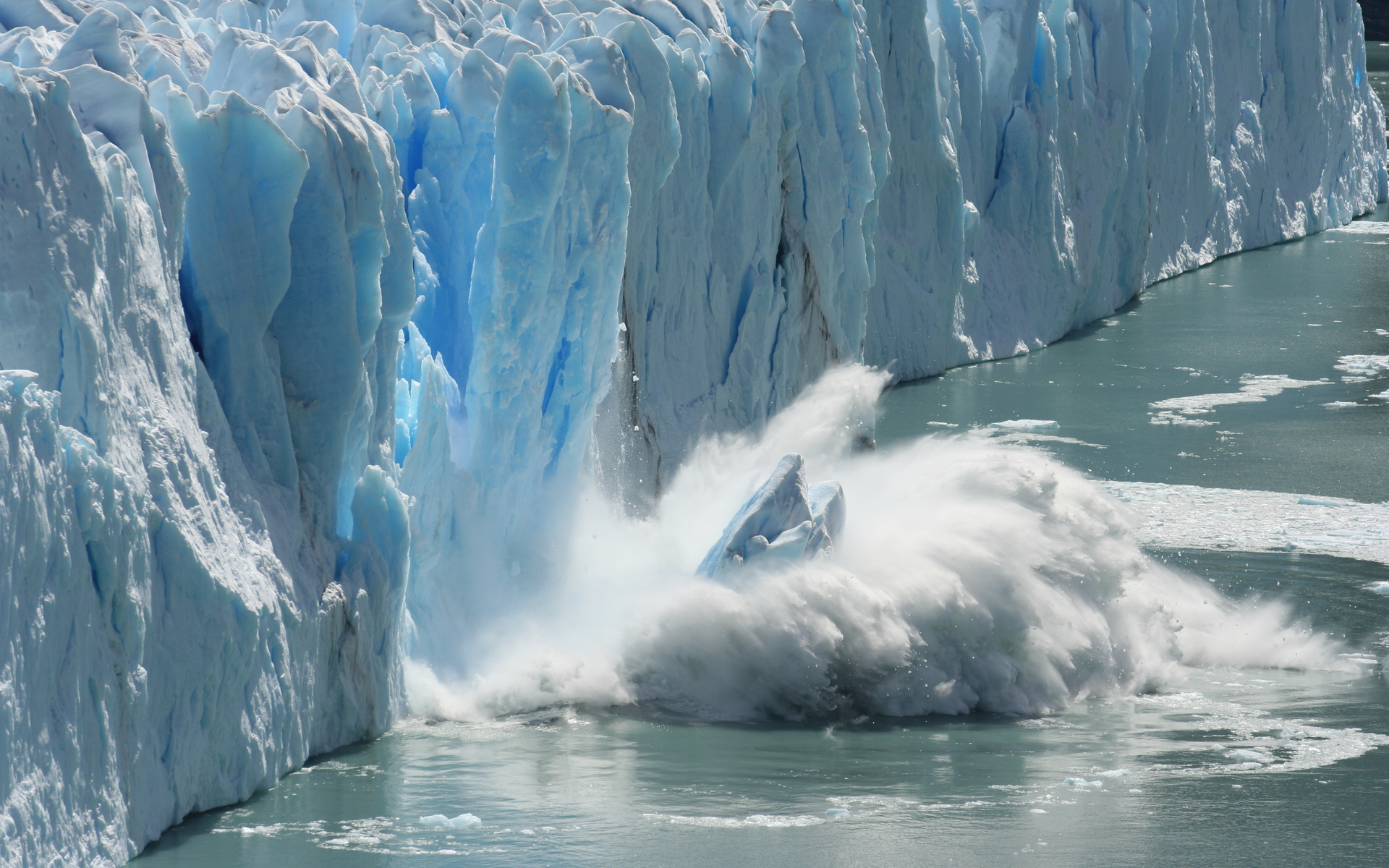 Climate change is often a politically charged issue but no matter what your stance, I think we can all agree that it’s better for the environment if we all do our part to keep the globe as clean as possible.

As investors, we play a very unique role in the global ecosystem. Companies with more money have more power collectively, as investors we have considerable influence. In many cases, investing in a company with a noble social or environmental cause can even yield greater profits than their incumbent competitors.

The term impact investing embodies this concept and the search term has been rising steadily over the last decade.

Of course, researching which companies to invest in and building a portfolio on this basis can be extremely time-consuming. So, in order to give our clients an advantage, the eToro team has put together a new CopyPortfolio for @RenewableEnergy.

The 22 stocks were specifically selected based on the companies respective goals to reduce our carbon footprint, their geographic diversity, and already significant market cap. Feel free to review the full prospectus at this link, or invest in just a few clicks on the eToro platform.

Please note: All data, figures & graphs are valid as of March 28th. All trading carries risk. Only risk capital you can afford to lose.

Though the risks are mostly isolated to the UK and partially Europe, all global investors should probably have one eye on the Brexit at the moment. As we progress, it does seem that any doomsday scenario is getting increasingly less likely, but certainly worth watching out for.

A series of eight votes were held in Parliament yesterday to try and determine what should be done. None of them passed, but two of them did get further than May’s deal, which included the option to stay in the EU customs union, and the very popular option of a second referendum. Overall, it seemed that softer options were more pleasing to UK lawmakers, making a hard Brexit seem less likely.

Additionally, Prime Minister May has given a rather peculiar ultimatum that she will resign if her deal passes. Some were quick to point out the irony that if she wins she has to go, but if she losses she can stay in power. Of course, it’s entirely possible that she’ll never get that option anyway, as Parliament is reluctant to vote on the same deal for the third time.

Meanwhile, a possible trade deal between the US and China does seem to be inching forward. The previous deadline of March 31st is now irrelevant and optimists think it could now happen by May or June.

The overall mood in the stock markets is one of consolidation. Here we can see several of the top stock indices from around the world. The most impressive here is the China 50 (white line), which has managed to hold much of it’s early gains.

Emerging market currencies are once again on the chopping block as analysts continue to downgrade expectations and the Turkish Lira is bearing the brunt of the volatility. 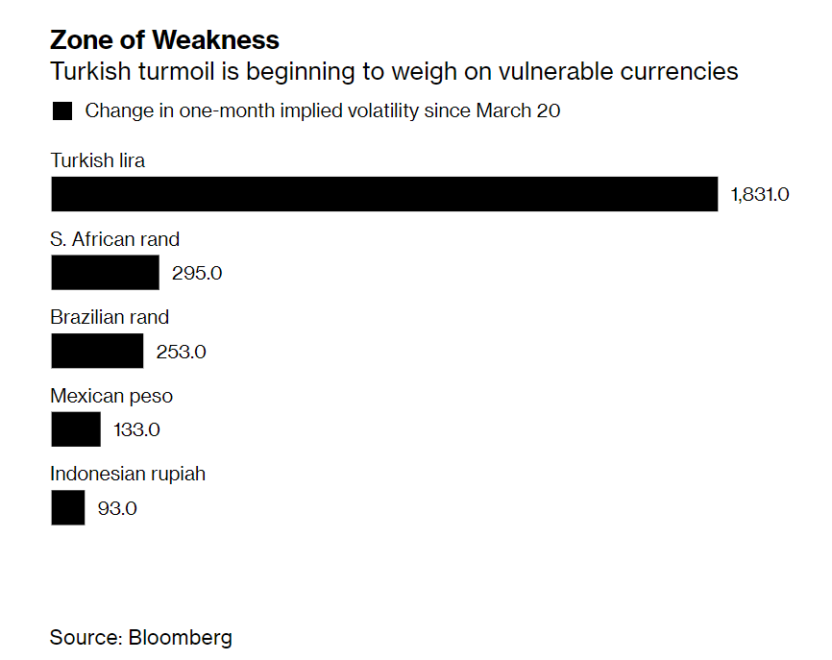 Following a 7% plunge on Friday (purple rectangle), in what was intended as a defensive move, Turkish authorities have allegedly blocked banks from lending Liras to foreigners. The move makes it more difficult for people to short the currency and forces buyers to enter the spot market.

However, strict capital controls only tend to work temporarily, especially in a market that is keen to sell. As we can see, the Lira continues to weaken this morning.

(Please note: the USDTRY shows US Dollar strength against the Lira, so an upward move means the Lira is falling.)

Local elections in Turkey will be held on Sunday, so keep your eyes open.

The large-cap winner of altseason over the last few days has clearly been EOS. The price graph will just kind of show a hockey stick at the moment, so instead let’s take a look at the comparative tool from CoinDesk, which shows it outperforming in the network category and second only to Ethereum in development. 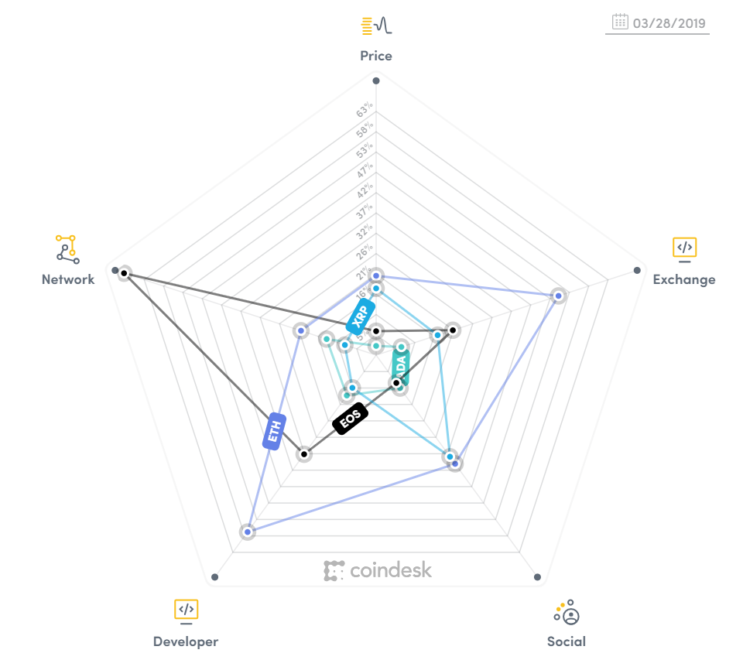 As the Network progresses and we see more on chain transactions, it should influence the value as well. Though I wasn’t able to find any historical transaction chart for EOS (if anyone has one hook me up!), it’s estimated that there were more than 4 million transactions from nearly 100,000 active addresses over the last 24 hours.

In the meantime, we can also see transactions on the bitcoin blockchain spiking again. Of course, this spike most likely due to the fact that Veriblock is now live, and is settling transactions from other blockchains back onto Bitcoin’s main chain.

In this graph, we can see the effect that Veriblock is having on Bitcoin’s TPS (transactions per second) rate. The red circle is when their test-net was terminated on March 4th. The black circle is when the main-net was launched on Monday.

So, it’s not only the altcoins that are gaining in usage. Even bitcoin is managing to become more useful as interoperability increases.

As always, many thanks for your high level of participation in these daily market updates. Your messages on social media with comments, questions, and insight are my main source of inspiration.