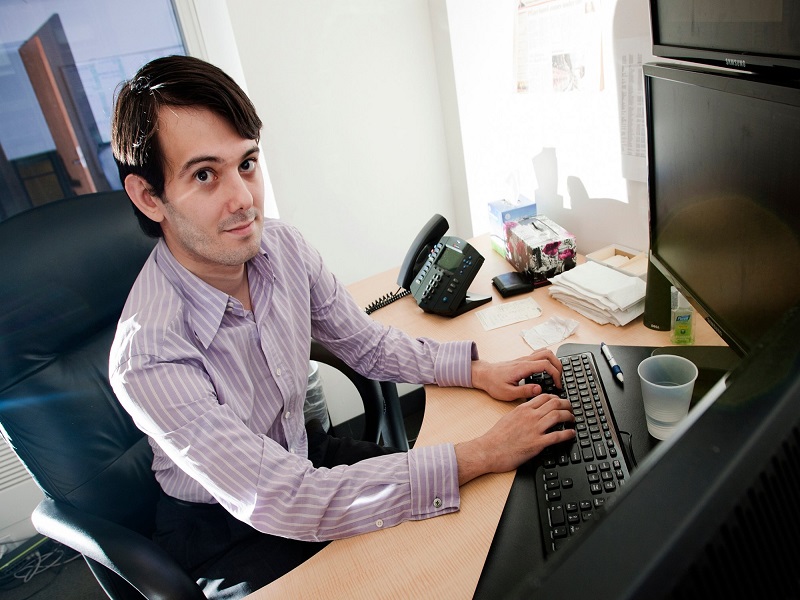 Martin Shkreli Arrested for Fraud: How the Blockchain Could Have Stopped this AIDS Pill Price Gouger

A few months ago, Turing Pharmaceuticals executive Martin Shkreli spread outrage across the world when he bought the rights to an HIV/AIDS medication and raised the price from $13.50 USD to $750. Shkreli made waves again when he purchased the highly desired, only copy of Wu Tang’s Once Upon a Time in Shaolin for $2 million. Now, might get his just desserts in prison, as the Federal Bureau of Investigation has arrested him for securities fraud. 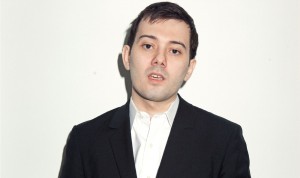 According to prosecutors, Shkreli illegally used stock from Retrophin — a company he used to own — to pay off debts. Newsweek reported that his crimes may be even more serious than that, with Shkreli suspected of a whole slew of crimes against Retrophin:

The inquiry, according to court records and people with knowledge of the inquiry, involves such a vast number of suspected crimes it is difficult to know where to start. A quick summary of the government’s theory: If there was money, Shkreli took it. If there were facts to be revealed, Shkreli hid them. If there were securities laws, Shkreli broke them.

Shkreli made the headlines Turing Pharmaceuticals purchased the patent rights to Daraprim, a decades-old HIV/AIDS medication, and raised the price by almost 5,500%. Overnight, the pharmaceutical executive became one of the world’s most hated people, gaining harsh criticism from all walks of life. Shkreli slapped the world in the face again when he purchased the only copy of Wu Tang’s Once Upon a Time in Shaolin. Wu Tang has made attempts to distance themselves from Shkreli, telling press that they closed on the sale of the album “in May, well before Martin Shkreli’s business practices came to light. We decided to give a significant portion of the proceeds to charity.”

Both instances of Shkreli’s assholery — his price gouging and securities fraud — could have been prevented through the use of the blockchain. This pharmaceutical exec was able to ratchet up the price of Daraprim through abusing intellectual property. By purchasing the rights to the medication, his company held a monopoly over the legal ability to manufacture and sale the pill, giving them power to charge whatever they wanted to the the people depending on it for their health. This issue could have been avoided if the information for making the medication existed publicly on the blockchain, for all to see and use. Either by publishing it straight to the blockchain, or using a service like Factom, the original creators of a medication could secure its accessibility from people like Shkreli, who want to take advantage of sick people.

Shkreli also would have had a much harder time defrauding his Retrophin if they used the blockchain to secure their financial data. He could have possibly been prevented from using his stock to illegally pay debts if the shares were issued on a blockchain-based application, which could track stock transactions in real time. Being forced to publicly broadcast his transaction, Shkreli might have thought twice about breaking the law. Or, at the very least, maybe someone could have caught on to his actions earlier.

As far as the rest of his alleged crimes go, the transparency of blockchain accounting would have halted any attempts to steal money from Retrophin. According to Newsweek:

According to the court records and people with knowledge of the case, the allegations against Shkreli that are under investigation involve insider trading, disguising the purpose of corporate payments for his benefit, defrauding shareholders by snatching business opportunities for himself, destruction of evidence, failure to disclose material facts to shareholders and other potential crimes.

Most of those things would not be possible with the blockchain. Shkreli certainly would not have been able to disguise corporate payments or destroy evidence, and the blockchain would have at least increased the difficulty and risk involved in committing the other crimes.

Of course, Shkreli has not been convicted of any crimes yet, but the odds definitely seem to be against him. If he is convicted, a lot of people will be happy, and hopefully the finance and pharmaceutical industries look towards alternatives like the blockchain to keep these things from happening again.

What do you think of Martin Shkreli’s arrest? Let us know in the comments below!

Images courtesy of The Daily Beast and Bloomberg Business