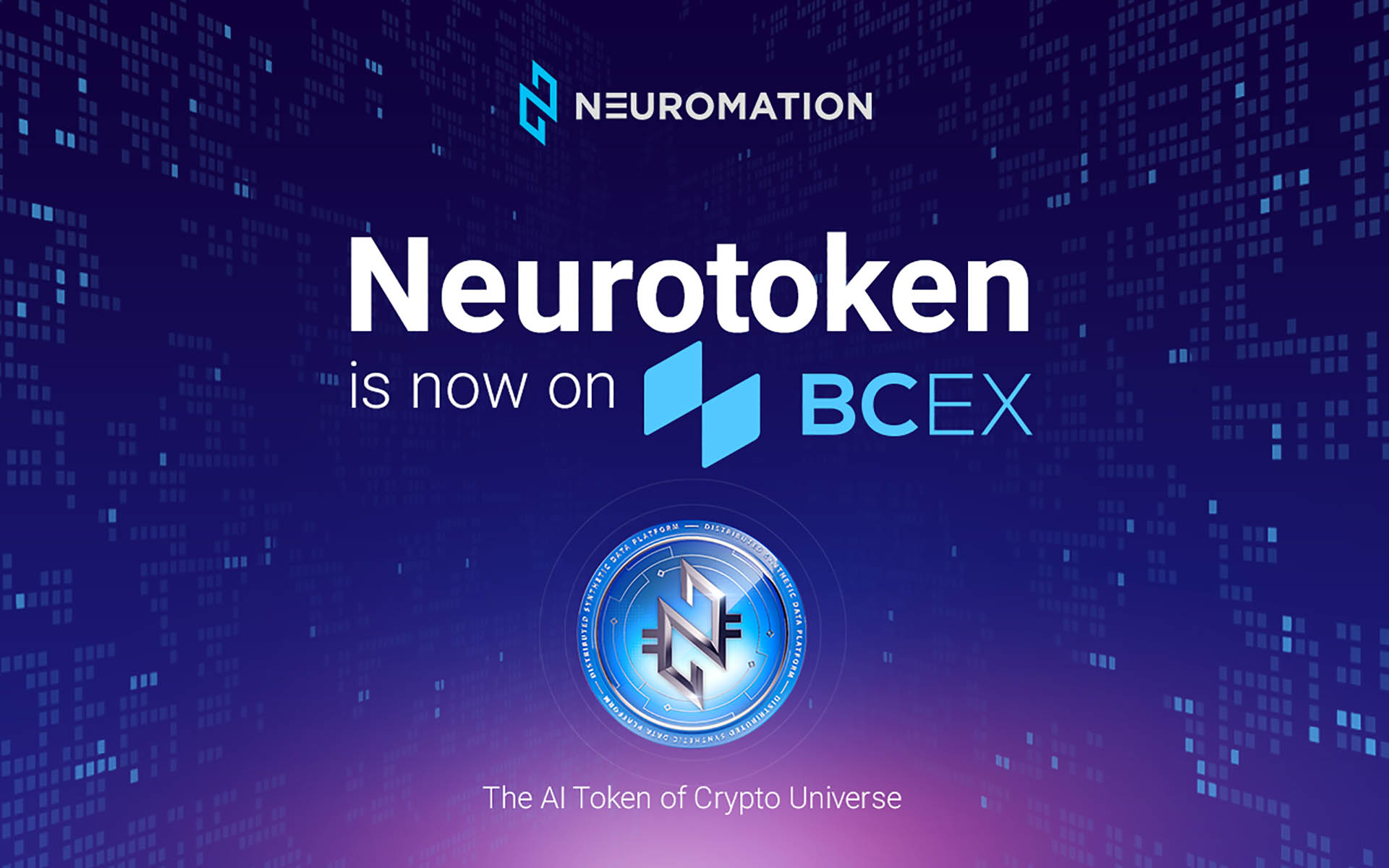 Neuromation is a technology company focused on the coming revolution in Artificial Intelligence (AI). Neuromation is dedicated to the democratization of AI for researchers, businesses, and individuals by lowering the high costs of the development and training of applied AI systems.

Neuromation’s Mission and the Next Big Step

As the next big step in the development of the NeuroPlatform, NTK will be listed on BCEX exchange beginning on May 3, 2018.

An ERC20 token, NTK will first be listed as an NTK/ETH pair, then as an NTK/BTC pair within 2 weeks of the initial listing.

With the BCEX listing, NeuroPlatform users will enjoy materially improved liquidity and increasingly seamless conversion into NTK from the major cryptocurrencies, Ethereum and Bitcoin. Our goal is simplicity of each transaction, allowing a wider global audience to participate in the NeuroPlatform marketplace, confidentially..

The BCEX listing is one of many steps in the execution of the Neuromation Road Map and the development of Neuromation as a global leader in the AI democratization.

BCEX, a Canada-based digital asset trading platform focused on the Chinese-language market, has a market capitalization of $250 million, currently trading 13 trading crypto-pairs. BCEX is owned by Canada-based Cascadia Blockchain Group who is registered with FINTRAC, Canada’s Financial Transactions and Reports Analysis Centre. The exchange operates under the supervision of the Canadian financial regulators and is audited by Manning Elliot LLP. BCEX is fully legal-compliant, providing a secure and open crypto-currency exchange to its global customers.

DISCLAIMER: This material should not be construed as an offer to sell or buy securities or any other assets in any jurisdiction, a solicitation for investment, or investment advice. NTK tokens are utility tokens issued by Neuromation OÜ (incorporated under the laws of Estonia, reg. code 14331930) providing users with current and/or future access to Neuromation OÜ’s products or services. Persons wishing to sell or purchase NTK tokens should seek the advice of independent experts before entering into any such transaction and shall enter into such transactions at their own risk. Neuromation OÜ, its directors, officers, employees, and associates expressly disclaim any liability related to the accuracy, reliability, or completeness of any material contained herein.