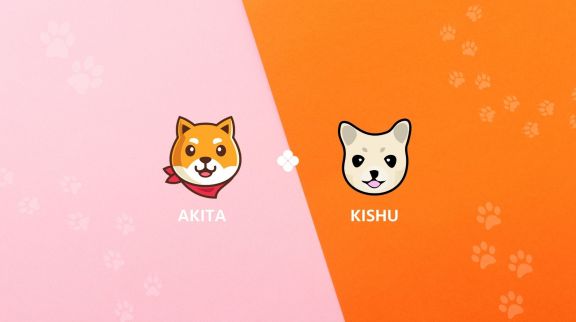 The community vote consisted of four potential meme token projects, with AKITA and KISHU leading the pack in votes. Users holding KISHU on OKEx were offered 2% of total trading volume by the exchange, based on the percentage of holdings in their OKEx account. Accumulated rewards for users are paid out weekly. The exchange is also rewarding users by distributing all transaction fees as a special dividend.

With the announcement, OKEx CEO Jay Hao emphasized community engagement in the firm’s decision-making process, stating “we are always putting our customers’ needs first, and their choice and preference are essential elements for us when determining which assets to list. We look forward to continuing to host community events to strengthen our bond with our users and to understand their needs better so that we can ensure a rewarding investment experience and strengthen the development of our exchange as well as the blockchain community at large”.

Established in 2013, OKEx is now host to exchanging hundreds of tokens, and routinely engaging in 10s of billions of USD in 24 hour trading volume, and billions of USD in futures trading daily. Along with futures, the firm offers spot, margin, options, DeFi, lending, mining services, lending, and perpetual swaps. OKEx is host to millions of users across the globe.

The news comes just a short time after the exchange became one of the first major exchanges to host Shiba Inu’s SHIB token.

Everything You Need To Know About AKITA and KISHU

AKITA and KISHU are the first native crypto assets of respective networks Akita Inu and Kishu Inu. Both networks show similarities to other early adopter ‘meme tokens’, such as Dogecoin and Shiba Token. Both AKITA and KISHU are fully decentralized community projects.

AKITA is a self-described “little brother of Dogecoin”, with 1/10 the total supply of the Shibu Inu token. AKITA emphasizes the idea that token devs have “no more right for ownership than anybody else in the world”.

Conversely, KISHU has described itself as Dogecoin’s “big brother”. KISHU looks to offer “instant rewards for holders” while also offering decentralization and community-focus, in the spirit of other meme tokens. KISHU has stated that the token is gearing up for an LA-based marketing campaign, which could include billboards, plane banners, and taxi signage.

Half of the available tokens were sent to Vitalik Buterin, while the remainder are locked on the Uniswap platform. KISHU and AKITA join a collective of pet-inspired tokens that continue to gain traction during meme coin buzz.