Overstock Shares Soar as Company Pivots From Retail to Crypto

US-based internet retailer Overstock has seen a surge in its share price after the CEO announced plans to sell its retail-oriented business and to focus on previously acquired blockchain startups.

Overstock to Sell its Retail Arm

Overstock CEO Patrick Byrne told the Wall Street Journal that he intends to sell Overstock’s landmark retail business arm. According to the executive, the company will be focusing on its multiple blockchain-oriented startups.

The company’s shares went on a roller-coaster ride in 2017 and 2018 as the company made a move to associate itself with cryptocurrencies. Overstock’s share skyrocketed upwards of 400 percent in the period between July 2017 and January 2018 as the cryptocurrency market also had an unprecedented rally.

However, 2018 has seen a prolonged bear market for cryptocurrencies which took its toll on Overstock as well, as the company’s shares plummeted throughout the year.

Following Byrne’s announcement, though, Overstock has seen a sudden surge in its share price, which grew upwards of 23 percent on Friday. 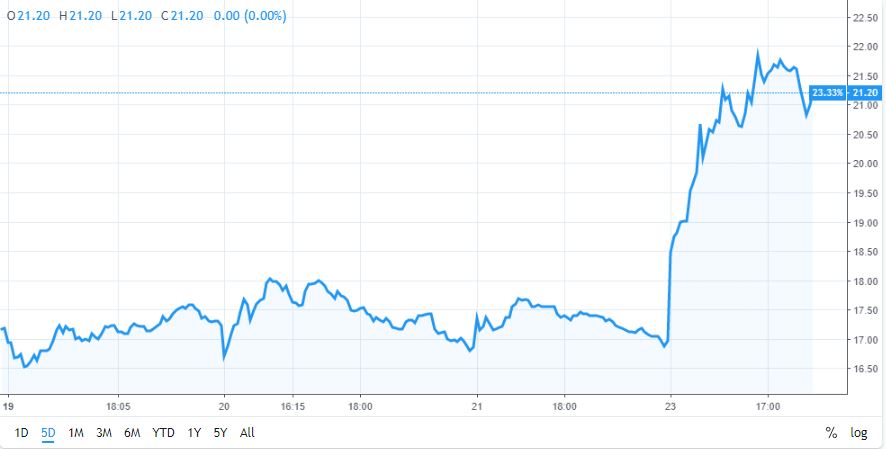 Byrne’s decision to focus on blockchain comes amid a time of a bleeding cryptocurrency market. Bitcoin is down about 30 percent in the last 10 days, dragging down the majority of digital currencies with it.

One of Overstock’s best-known startups is the trading system tZero, which has also had rough times. Speaking on the matter, however, Byrne noted:

I don’t care whether tZero is losing $2 million a month. We think we’ve got cold fusion on the blockchain side.

In October, tZero issued its preferred tZero security tokens, which are purportedly SEC-compliant.

Overstock’s march into the field of cryptocurrencies takes place mostly through its subsidiary called Medici Ventures.

Earlier in September, Bitcoinist reported that its portfolio company Bitsy.com has launched a cryptocurrency wallet and exchange.

What do you think of Overstock focusing on blockchain-based startups? Don’t hesitate to let us know in the comments below!