Paul Brody: Bitcoin Has No Practical Use

Paul R. Brody, the Global Blockchain Innovation Chief at Ernst and Young (EY), says he sees no practical application for Bitcoin and other cryptocurrencies. This statement comes amid a growing rate of adoption of virtual currencies in both developed and developing nations.

Tokenized Fiat (Not Bitcoin) is The Future of Money

Speaking to Forbes India, Brody opined that he hardly sees any practical application for Bitcoin (BTC) or any of the other over 2,000 cryptocurrencies currently in existence. According to the EY executive, crypto-fiat and not Bitcoin is the future of money.

Commenting on the matter, Brody declared:

Most people and companies earn their revenue and spend their money in local currency; we believe the future of business transactions on the blockchain are tokenized fiat currencies-basically blockchain-linked dollars, euros, yen, rupees and so on. Transacting on a day-to-day business in a foreign currency just adds foreign exchange risk to all your transactions.

For Brody, Bitcoin’s deflationary currency model makes it a poor form of money for widespread global adoption. Instead, Brody maintains that the modern-day fiat model is still the best bet, claiming that hyperinflation is at best a minute probability. 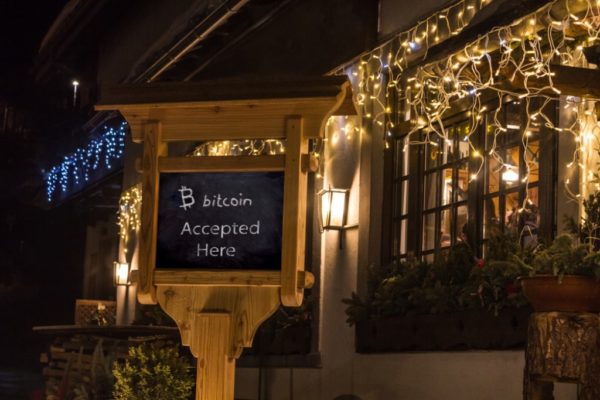 Global BTC acceptance is up by more than 700 percent in the last six years. More than 140,000 retail avenues across the world now accept Bitcoin as a means of payment.

The top-ranked cryptocurrency continues to see increased usage — from remittance payments in Africa and Southeast Asia to public transportation in Argentina.

As a store of value and an investment asset, BTC continues to outshine mainstream markets despite going through multiple high percentage price plummets. Bitcoin (BTC) has outperformed the S&P, DOW, and NASDAQ over the last ten years.

Saying cryptos, in general, have no practical use would be akin to calling the attention generated by the industry as little more than a fad. Such a characterization seems at odds with the increasing level of institutional adoption of cryptocurrency-based investments. Public pension funds, stock market operators, and other multi-billion-dollar corporations are investing in Bitcoin and other cryptocurrencies. That hardly seems like an asset class with “no practical use.”

While declaring Bitcoin’s supposed lack of real-world utility, Brody believes that Blockchain, despite being the “most boring revolution in technology,” has the potential to affect many aspects of the global business process. However, the EY exec says that blockchain isn’t a one-stop shop solution for every type of business. Elaborating further, Brody declared:

One must carefully choose the kinds of business applications to run on the blockchain. Even though blockchains are getting faster, they are never going to be cheaper or faster than existing banking payment systems or stock exchange platforms.

Speaking during the interview, Brody predicted that blockchain would eventually become like the Internet but with a visible lack of centralization. In the end, Brody believes that the different approaches in the industry will condense into a uniform set of principles that would drive the technology moving forward.

What are the other practical Bitcoin cases that you know? Share your thoughts with us in the comments below.