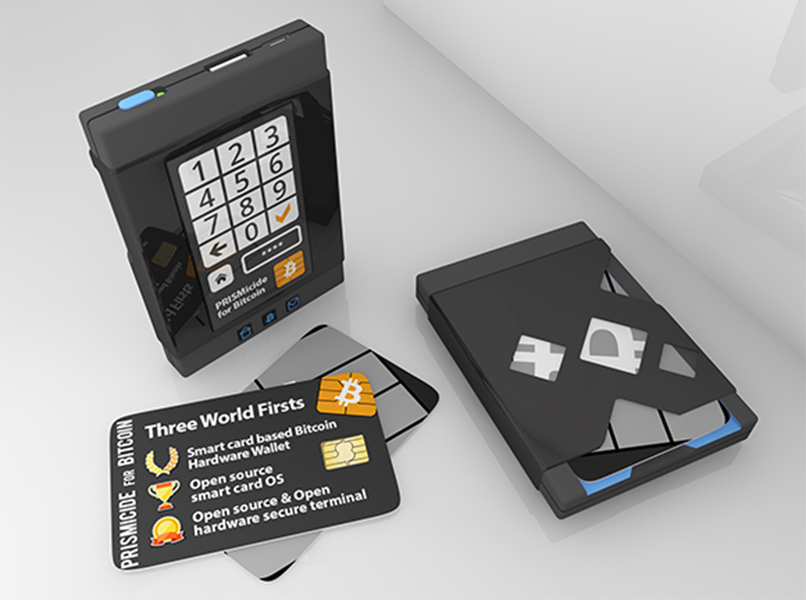 PRISMicide: A Hardware Wallet and A Smart Card

PRISIMicide is an open-source platform based on a smart card and a Bitcoin hardware wallet. Currently, the project can be funded through IndieGOGO. The total to be raised is $40,000 by August 31 which seems ambitious, but could be completely plausible considering what the project is supposed to do, as well as the pictures shown by the project. PRISMcide consists of open source smart cards and of a small portable player that can be used with Android and iOS smartphones and tablets via bluetooth and also, via USB with Windows, Mac OS and Linux computers. PRISIMicide is a non profit organization created by regrouping a small team of security experts in order to develop what could be the most secure Bitcoin Hardware wallet while basing itself off of smart cards and a portable open hardware reader.

“PRISMicide for Bitcoin allows each user to secure its private key within a smart card. These private keys are then used directly via the smart card to sign the transactions as requested by its owner but will never be exposed to the potentially compromised computers, smartphones or tablets that are used to perform these transactions.” The idea of a bitcoin hardware wallet looks amazing as it could become the securest way to store your bitcoins while being able to use it on the go as well. The smart card also hold a BIP 32 seed meaning that if this seed is backed up, all private keys generated by the smart card are backed up as well. This is very useful when considering how private keys have been stolen in the past. A great way to increase security for the people who want to hold their bitcoins through this hardware wallet and respective smart card. Other than this, PRISMicide will also have multisig support meaning that an address is associated with more than one private key in order to increase security further. 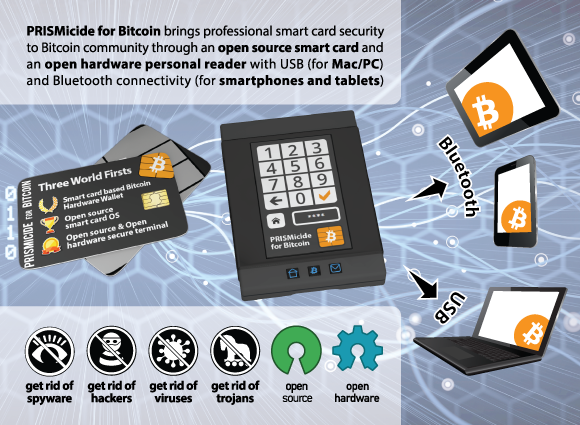 Here are the specifications for the hardware wallet which are suspect to change:

The reasons why the team decided to bring upon themselves such a project is for the following reasons as quoted from the IndieGOGO campaign: