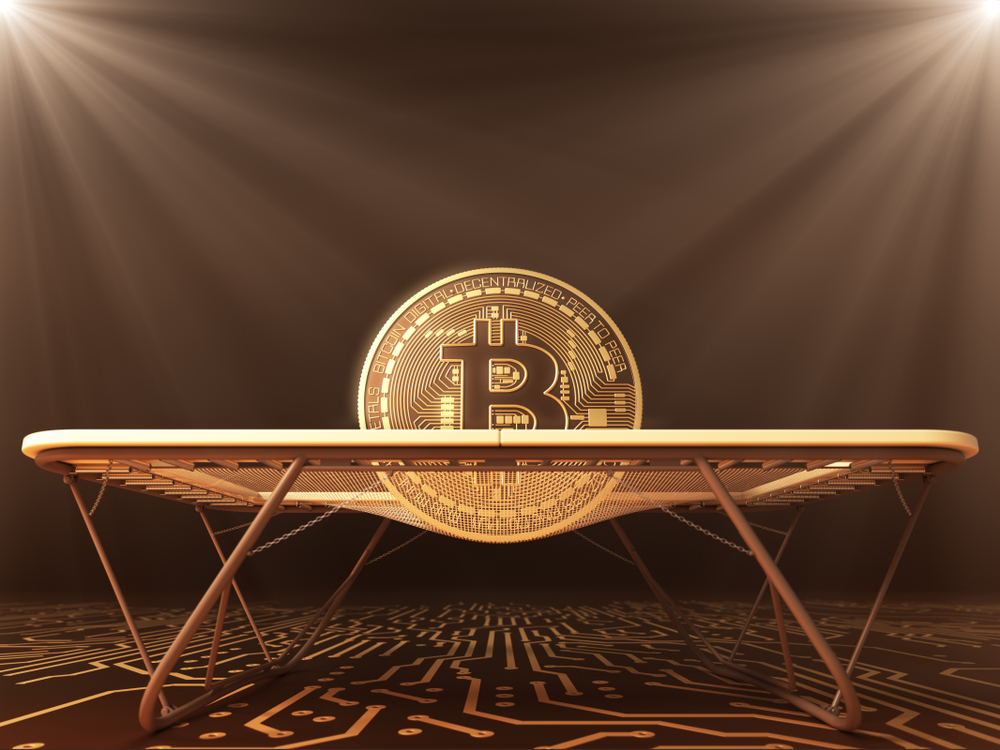 Bitcoin’s rally faded on Wednesday as traders sold the cryptocurrency at its intraday top to secure short-term profits.

The benchmark cryptocurrency slipped by 0.75 percent to $9,454 but maintained weekly gains above its psychological support of a 50-day moving average (the blue wave). The move represented traders’ willingness to hold short-term price floors in anticipation of an upside continuation.

Traders also held Bitcoin’s support levels after data from the U.S. Commerce Department showed a healthy recovery in retail sales. Consumer spending rose 17.7 percent in May, against the expectations of 8 percent, signaling that the worst of the economic blow from the pandemic is over.

The report improved the weekly outlook of the U.S. stocks. The benchmark S&P 500, for instance, gained 1.9 percent, or 58.15 points, to 3124.74 on Tuesday. Meanwhile, the Dow Jones and the tech-heavy Nasdaq Composite also surged by 2 percent and 1.7 percent, respectively.

“This is a very sharp rebound and is very encouraging for the U.S. and the global economy as a whole,” Sebastien Galy, a macro strategist at Nordea Asset Management, told WSJ. “While we still might not see a V-shaped recovery, we’re certainly moving away from a U-shaped one.”

The correlation between Bitcoin and the S&P 500 has grown since the March 2020’s global market rout.

It is because traders have placed their faith in cash as their safe-haven while considering other alternatives as risky. So-called insurance assets, including Gold, bonds, and even Bitcoin, underperformed back in March 2020. It showed that fears of the pandemic and lockdowns sent people to the safety of cash.

The Federal Reserve’s massive stimulus package, coupled with the U.S. government’s $3 trillion aid, took care of the cash demand. That helped investors return to risky and risk-off assets, sending them all higher in the last three months. Bitcoin outperformed by rising about 150 percent during the global recovery mode.

Nevertheless, the cryptocurrency’s rally repeatedly paused in the $10,000-$10,500 area. Traders expressed worries over initiating a fresh round of accumulation in the said range, fearing their trades may result in more profound losses.

But according to Matt D’Souza, a hedge fund manager associated with Blockchain Opportunity Fund, “big guys” are accumulating Bitcoin in the range of $7,800-10,000. He suggested that people be patient for a breakout above the six-figure valuation.

“I think it’s highly probable that we’re in an accumulation phase and the demand side (greyscale, other funds, retail) are soaking up bitcoin as it trades in this 7800-10,000 range,” said Mr. D’Souza. “People need to be patient and wait for the breakout above 10600. That’s when the next leg will occur.”

Technically, bitcoin is trading inside an Ascending Triangle pattern that, too, hints a retest of $10,000 followed by a rally towards circa $12,000.