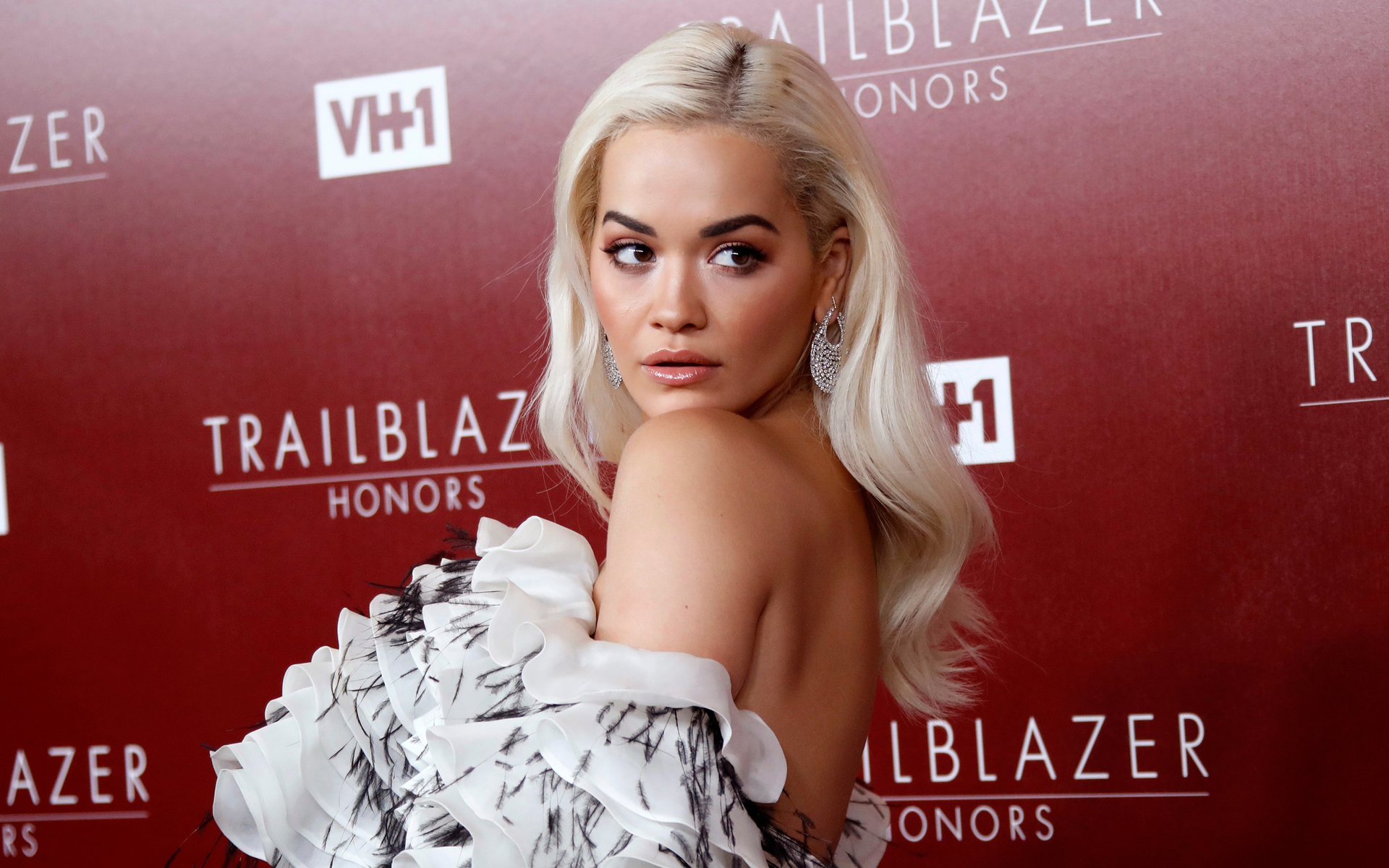 No filter – this is what Rita Ora promised on her Instagram profile, when she appeared to sport the Bitcoin (BTC) logo. Crypto assets are no strangers to celebrity promotion, but the memefication of the Bitcoin filter is adding another layer to the coin’s popularity.

Singer Rita Ora, who broke out as a UK singing sensation and has appeared in films and reality formats, chose to become the face for the leading crypto coin on her Instagram. Altcoins and tokens, strangely, have received much more publicity, though some of the promotions ended up badly. 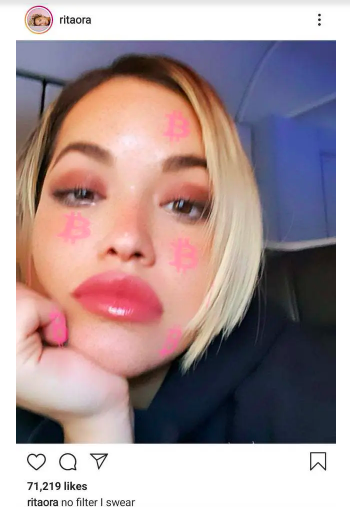 Back in 2017, it was not rare to see prominent celebrities feature the ICO of the day. The case of Floyd Mayweather and DJ Khaled was notorious, and they ended up facing fines for promoting the Centra Tech ICO. And Paris Hilton, again in 2017, chose to promote the Lydian coin ICO, though that asset sank into obscurity.

But Bitcoin’s brand is in no need of promotion- and yet it landed on the Instagram of a singer with a long and convoluted climb to fame. Rita Ora, paradoxically, originated from Kosovo, one of the countries where Bitcoin mining was a highly lucrative business.

The singer, who as a child saw political unrest and moved out of the country with her parents, shows an understanding for the value of a trans-national asset that acts as a store of value, and a tool to transfer funds without restrictions.

In 2019, BTC buying has slowed down from peak mainstream interest. Still, there are more mobile wallets and apps that allow regular “sat stacking”, or acquiring BTC on a regular basis, while price-averaging.

And Rita Ora may be one of the good faces to promote BTC, which may turn out to be a new generation investment hedging mechanism. Millennials, much more than GenX or Boomers, are willing to put BTC in their investment choices.

Bitcoin promotion, so far, has been the provenance of social media personalities that spent years within the crypto space.

Anyone remember that MTV show Celebrity Death Match? With the clay figures.

Who can make this happen?

We REALLY need a crypto version of that. This shit is boring AF. RT if you agree. #Litecoin #LTC #LitecoinFam #Bitcoin #BTC #Crypto #DGB #DigiByte

But Rita Ora’s promotion may come at a price – more often, tax authorities are waking up to BTC ownership, and may want to take a cut of earnings made on the crypto markets.

What do you think about the BTC promotion by Rita Ora? Share your thoughts in the comments section below!