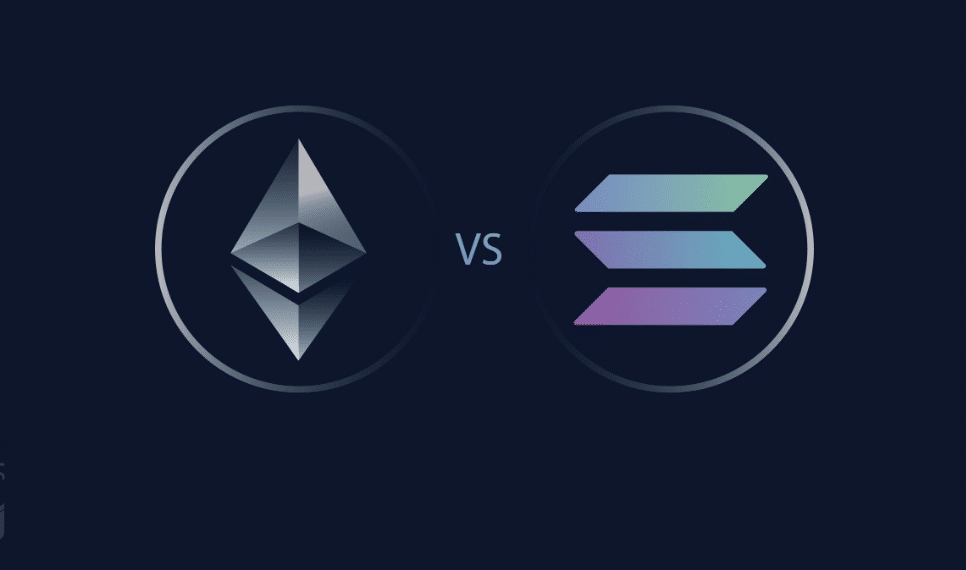 by Best Owie
in Ethereum, Solana
0

NFTs on both the Ethereum and Solana chains have been gaining popularity over the past year. The trading of jpegs on the blockchain was the new shiny thing that had quickly gained acceptance from investors all over the place. This brought millions of users into both chains. However, as time has gone on, competition has grown fierce between Ethereum and Solana, which remain the two largest NFT blockchains in the space.

The rise of Solana NFTs is nothing short of impressive over the last couple of months. It has now wormed its way up to become the top contender for Ethereum. What this also means was that supporters of both networks have been locked in a battle of sorts when it comes to NFT dominance. The rise in Solana NFTs has seen the network clinch more market share from its larger counterpart.

Solana remains behind Ethereum when it comes to NFT volume but the gap has become smaller over time. This is evidenced by the periods of times when the trading volume on Solana has managed to outpace that of Ethereum. One of these instances was the May 24 trading day. The total SOL NFT volume had surpassed that of ETH amid much fanfare. Most of these happening on Magic Eden, Solana’s leading NFT marketplace. 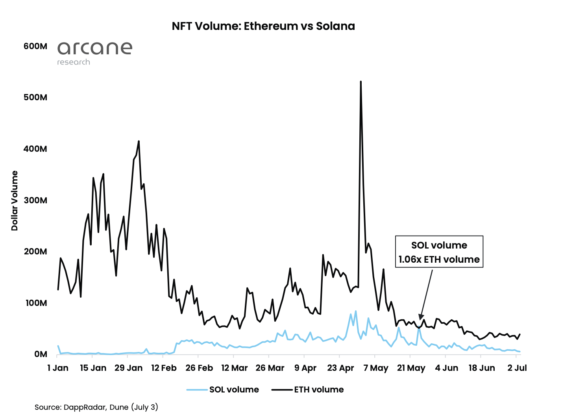 It is also evident in the number of addresses that are active on the addresses. While that of Ethereum had been declining, Solana has been surging ahead. For the month of June, Solana’s daily active addresses had been 250% more than that recorded on the Ethereum blockchain.

Ethereum Having A Hard Time With NFTs

Ethereum still remains the preferred blockchain for most when it comes to trading NFTs but there are a number of factors that is making this a harder choice by the day. Currently, the transaction fees on Ethereum are down. However, it remains much higher compared to those of competitor Solana.

While the average transaction fee last month came out to $6.5 on Ethereum, Solana users were only having to pay a few cents per transaction. This cheaper alternative has been one of the drivers of the increased SOL adoption.

Nevertheless, Ethereum continues to dominate the market even as NFT volume has declined. Solana has had a good run these couple of months, but although it has closed the gap a bit more, it still remains behind Ethereum by a large margin.

NFT trading volume on Ethereum for the month of June had been 350% higher than Solana and this is expected to continue for the foreseeable future. However, the NFT space has followed the bear market trend. So lower values overall are expected in terms of volume going forward.