Tonight, on The Andy Milonakis NFT Show: one of those episodes in which nothing much happens, but ends up being crucial for the overall saga. The protagonist is still working on his new well-thought-out NFT collection, so there’s no action on that front. And he’s still learning about the particularities of the booming NFT culture. As a collector, though, Andy Milonakis is advancing at a frightening step. Is this man alright or is this man obsessed?

Remember, we’re learning about NFTs through Andy Milonakis’ eyes. Welcome to the thunderdome! But before beginning, let’s listen to this show’s theme song:

Added To The Collection, This Weeks’ New Pieces

I got this guy cuz he's cool pic.twitter.com/FhAzpoyXe8

But for real, why are these both so aesthetically pleasing pic.twitter.com/XNgz7flToU

lol cat andy. I'm not going to lie, normally i would be really disturbed but the art is really cute haha, they even designed my old Dita Grandmaster glasses https://t.co/vmYm0ELSkU

Had to cop the @crypto888crypto Genesis, if a big dog in the community is offering access to early stuff in the future, the potential is easily worth half a bean. I'm only a couple weeks in but some of yall are sleeping pic.twitter.com/iXYLGfAxFG

Flirting With The NFT Community

Andy Milonakis is already a full-fledged member of the community. He gets gifts from everywhere and everyone, participates in their events and Twitter spaces’ talks, asks them questions. For example, “How many of you people that followed me from the NFT space has either a crypto punk or a BAYC?” Several Bored Apes owners raised their heads, but it seems no one owns Crypto Punks.

How many of you people that followed me from the NFT space has either a crypto punk or a BAYC? If you have either, I want you to reply to this tweet calling me poor. Thanks

Sadly and hilariously, Milonakis is still having trouble setting up the hardware wallet, “bought one from the official site and it’s not charging.” Can anyone out there help Andy?

bought my second ledger, apparently the official ledger amazon seller wasn't good enough so I had to scrap that one, bought one from the official site and it's not charging. What's the next plan, should I just tweet my seed key lol

Also, Andy Milonakis has been flirting with Toddlerpillars. He suggested some traits and they sent him this baby:

Did Andy buy it? 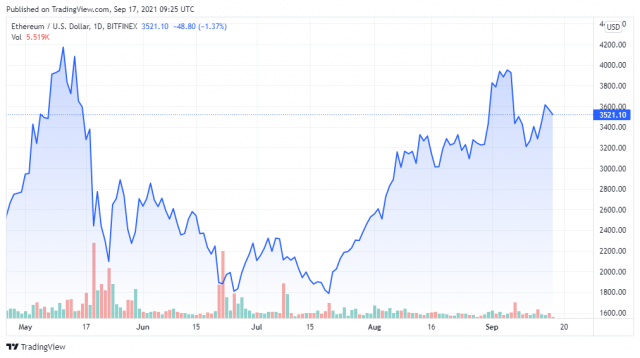 Our hero attended a party for the release of NFL star Dez Bryant’s NFT collection. In there, he met some people from the NFT community in real life.

The next day, Andy said, “nice meeting y’all at the NFT party last night,” and dropped this Dez Bryant review:

Bout to get some fried fish in Harlem, nice meeting y’all at the NFT party last night. Everyone showed love and @DezBryant is a dope ass dude. Follow if you want to see someone not defined by sports, but a next level thinker and creator pic.twitter.com/bvS6HIoEjh

So far, there are no indications that suggest that Milonakis bought one of Dez Bryant’s Juggernauts.

The NFT Community Interacting With Milonakis

Maybe this one should have been listed among “This Week’s New Pieces.” The artist behind one of the Rare Pepe cards, the original NFTs, gifted Andy an “autographed” one.

Hi @andymilonakis, I sent you a custom "signed" SODAPEPENSKI, an NFT I made in 2017, part of the #RarePepe set on Counterparty (XCP).

I "vaulted" the old school XCP asset using @EmblemVault & sent it to your Opensea addy:https://t.co/58KcEBVKG2

It’s crucial to know that Bryan Micon is the owner of this gallery of Rare Pepes in Decentraland:

So I got really high in 2017 and made SODAPEPENSKI because some other nerds were making XCP Pepes and I wanted in.

Then in 2021 I got really high and made the Rare Pepe Gallery in @decentraland (-23,69) because you just have to flex your collection:

Another interaction Andy Milonakis had with the community, someone is using his name to try to scam people. This is to be expected anywhere where money is flowing like in the NFT world, but still… “please don’t attempt to do business with anyone claiming to be me, don’t even do business with the real me just to be safe :),” Andy advises.

Someone out there is trying to scam people on twitter and my discord. On twitter his handle is @andymilanakis . please don't attempt to do business with anyone claiming to be me, don't even do business with the real me just to be safe :)

File this one among the awkward interactions. Milonakis told the Cunning Foxes, “when I get bombarded with stuff from you guys all at once, it just makes me want to block you all & never be a part of your community.”

Cunning foxes I appreciate the NFT world, and I'm really excited about it but when I get bombarded with stuff from you guys all at once, it just makes me want to block you all & never be a part of your community. I know you're excited about your community but this is not the way

Some members of The Fox Pack apologized, but Andy also got some flack. “There is a really great group of people in Cunning Foxes. Sad to see you’re bashing them here Andy,” someone told him. Do you think Milonakis was out of line with his tweet? Or is it perfectly logical to ask them to dial it down a little?

Don’t miss tonight’s episode of Conversations from the Gutter @andymilonakis will b in the building https://t.co/Sy2ql86omZ

In any case, Andy Milonakis was recently a guest in “Conversations from the Gutter,” a Twitter Spaces chat show produced by The Gutter Cat Gang. The man is already an integral part of the NFT community. It took him less than a month.