Tonight, on The Andy Milonakis NFT Show: Our hero is now a respectable member of the NFT community. He’s active in the space, warns people about scams, and denounces spam. He proposes ideas and does giveaways through his popular Twitch stream. Something’s got to give. If you know this man, you know Milonakis is gearing up for tremendous irresponsibility. This man is a ticking timebomb.

That being said, let’s start this week’s The Andy Milonakis NFT Show with a gift.

Thanks to the people at @Trezor for mailing me this lovely thing that I had way better luck with than the one that shares a name with the now deceased actor that played the Joker in The Dark Knight. pic.twitter.com/Eln308A2oE

As frequent viewers know, Milonakis has been trying to get a hardware wallet for a while now. He couldn’t get the other brand to work, so this brand snook in and took the publicity. Problem solved.

Anyway, here’s the show’s theme song as the credits roll.

Andy Milonakis, A Stand Up Member Of The NFT Community

Andy Milonakis protects and gives a timeless piece of advice, “never type in your seed/phrases to anyone.” Never. Under any circumstances.

Guys, watch out for piece of shit Yeo l l * OG Kong *#4523 in the Kongz discord, he's sending people fishing forms asking for seed phrases pretending to be a mod. We just got him banned but watch out for forms sent to you, and never type in your seed/phrases to anyone :)

Andy Milonakis denounces spam when he sees it.

801 Mints by spamming me, 888 and a bunch of other people on our opensea wallets. Thanks for making this place a trashy place, fucking shitlord https://t.co/wr7AAva6KQ

And he does it again.

More spam. I wish Opensea could ban people if they spam send to people's wallets https://t.co/Pkq7jYXAq7

Not only that, he seconds proposals to regulate the space and sends ideas of his own. He wants other folders “besides just “favorites” because that doesn’t move the NFT.” This man’s working for all of you.

at least a folder called "incoming" also if there's a hidden folder, why can't there be other folders that aren't hidden that we can categorize our stuff? besides just "favorites" because that doesn't move the NFT https://t.co/g5sJhhh0LM

Plus, Milonakis corrects members of the community and their misguided calls to action.“By saying “seals give AM some love” it’s encouraging people to spam me on top of the hundreds of other spam messages I get every day.”

I already bought some seals, by saying "seals give AM some love" it's encouraging people to spam me on top of the hundreds of other spam messages I get every day. It's bad enough to get spammed by series I don't buy into, but please for the love of fucking god, stop this https://t.co/9u5KDwZXuY

We’ve been monitoring his tweets for the last month, and he does get hundreds of spam messages. Under every tweet.

Besides spam, Milonakis is very generous with the love he gives to projects in the space.

I'm happy for Ape Gang, Wicked Ape and The Wanderers for all starting to rise again, not only were these some of the first projects I bought, but also I didn't sell any of them :)

Ok, he invested in those projects. That’s another characteristic of the NFT space. It requires a community, but NFTs also incentivize the formation of said community by giving all of its members skin in the game. If a project catches fire, all of the project’s NFT holders benefit. 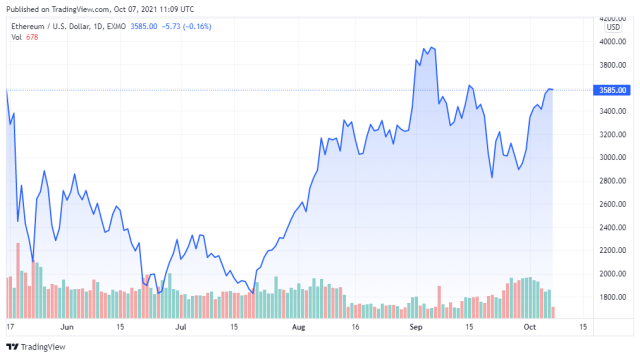 Milonakis Vs. The Internet Mall Cops

This is not going to stop. Every time Milonakis sells a piece, he gets called “paper hands” by someone.

dear "supa_raw" because although I love the groupies, I have 4 more included some animated ones so if I want to sell something because I need eth for a mint, I'll do so. Kindly mind your own business, internet mall cop https://t.co/vgfCBsWwrh

In episode 5, he dedicated a whole video to the cyber mall cops. This time, he does one better.

Check out this borpa episode i did a voice for one of the characters. Disclosure – not a paid gig, just a fan of the series, although they said they would make me an honorary non series borpa https://t.co/2ukf6hyW29

In episode 6 we told you there was something big coming with Andy and the Borpacasso project, and here it is. A feature in the animated series that accompanies the NFT collection, in which Andy trashes the cyber mall cops. “Disclosure – not a paid gig, just a fan of the series, although they said they would make me an honorary non series borpa.”

Good Ideas And An Aniversary

Ok, so hear Andy out:

Film funded NFT project, comedy feature length film with NFT's being the biggest plotline in the movie but the movie's not "about" NFTS. Funded by selling a series of nfts. You like this idea or nah?

According to the comments, a lot of people and teams are working on similar ideas. You heard it first here, though. Remember that.

Then, Andy tried to abandon us by creating a separate account just to talk about NFTs. “I’m still gonna talk about bigger things in the space on my main account, but i wanna give my old school followers some rest with non stop NFT talk.”

I made a new twitter for just NFT talk —-> @cyberdork69 I'm still gonna talk about bigger things in the space on my main account, but i wanna give my old school followers some rest with non stop NFT talk. So follow @cyberdork69 and we can chat about NFTs

Sadly for his old school followers, Milonakis didn’t follow through with the idea. The account has a few tweets from the day he opened it and that’s it.

And just like that, Andy Milonakis NFT journey turns a month old.

Bought my first NFT on Opensea exactly 1 month ago. Thanks for all of the kind words, encouragement, support and help figuring things out. Much love pic.twitter.com/yISqPrteDo

But here’s the reveal. This will make your stomach turn. As it turns out, Andy has spent 7.5 ETH in gas alone!

Just to clean up the palate, here’s an Andy Milonakis recommendation.

For me these "Superlatives" were just an instant buy because I just loved the look. I didn't mint but got them off the floor at .08 each 2 days ago. There are 11,000 of them and the floor is already .39. Super crazy to see how some stuff moves. pic.twitter.com/5xYVEBtiFw

Bear in mind that, as always, this is not financial advice. Do your own research.

That being said, here’s a list of projects that Milonakis is eyeing.

Let’s finish this section with something wholesome, our hero gave away “a mint pass for Gutter Gang species #4.”

In about an hour or two I'll be giving away a mint pass for Gutter Gang species #4 live on my twitch stream, it's free to enter, you don't need to follow or sub or RT. Totally free. https://t.co/6jpPzT4CuG Disclosure: To take part in this giveaway I was given a mint pass #ad

Didn’t you know the Gutter Gang is doing dogs and pigeons? Damn son, you’re out of the loop.

Things turn dark and Milonakis threatens the community. Something terrible is coming.

Fuck money, if I buy a series and people welcome me and post their pictures the first day, that's fair enough. If I get constantly bombarded for a week or two from that community, asking me to talk about, change my PFP, spamming images etc. I'm gonna just sell for .0001

And then Andy makes a promise/ bet that he’s not going to be able to get out of. He might win, though…

Jealous I don’t have a cool cat but for the record if Anonymice doesn’t hit 10eth floor within a month from this tweet. I’ll get one tattooed on my arm

And then he… and then he… boiled the hardware wallet that didn’t work? And minted an NFT of the picture? Geez, this man is losing control.

Feeling frisky tonight. I call this one Revenge. I made a folder in case i have random ideas for one off NFTs. https://t.co/7GnkNLhdob pic.twitter.com/9kWrvpUSk4

Milonakis also made “a folder in case i have random ideas for one off NFTs.” SPOILER ALERT: He’s going to get ideas. Very soon.

Of course, our hero understands the space. He promises value to his NFT holders. “These random 1 offs are going to be cool when I finally pop out a whole dope series.”

lol whoever just bought my pic of a ledger hard wallet being cooked in a pot. Thanks homie. These random 1 offs are going to be cool when I finally pop out a whole dope series. I'm not going anywhere, this is my life now haha

Notice that he finishes with “I’m not going anywhere, this is my life now haha.” The Andy Milonakis NFT show was just renewed for season two. Thank you all!

However, this is when it gets dark. “That’s why I’m selling my Mutant M2 ape for .01 ETH tonight.” Wait… what?

Guys, you've been too kind to me. I'm not a bored ape, I'm not a mutant ape. I'm a grinder, and I wanna work up to the big ticket items. That's why I'm selling my Mutant M2 ape for .01 ETH tonight. I feel very alive and this is a bigger buzz than 20K. I want to earn a BAYC

Wait, Andy! Don’t do it! Please, you’re not thinking clearly! This is a terrible idea! You’re going to regret it, don’t do it!

Tune in next time for the exciting conclusion to this saga.