The Future of Cryptocurrency ATMs has Arrived

The number of Bitcoin[coin_price] ATMs quadrupled across 2017 according to Statista and is still rising. 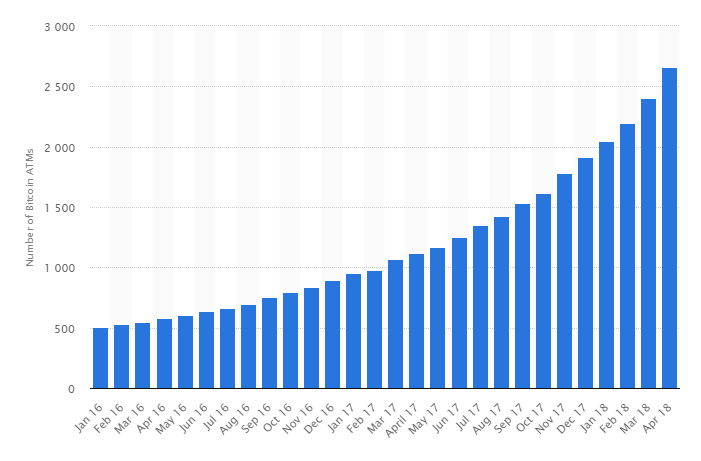 The first cryptocurrency ATM was installed in a coffee shop in Vancouver in 2013 and, according to data from coinatmradar.com, there are now 3502 Bitcoin[coin_price] ATMs in operation globally.

Mike Dupree, CEO of ATM makers EasyBit, says his firm is targeting customers already using cryptocurrencies and that building customers outside of this niche is a challenge. Dupree recognizes that the fall in cryptocurrency prices and regulatory concerns affects the market, but predicts:

The beauty of cryptocurrencies is that you don’t have to trust a financial institution to back your wealth. Decentralization is the future, and regulation will eventually fall in line.

Have you used a cryptocurrency ATM? Do you have, or need one, in your town or city?