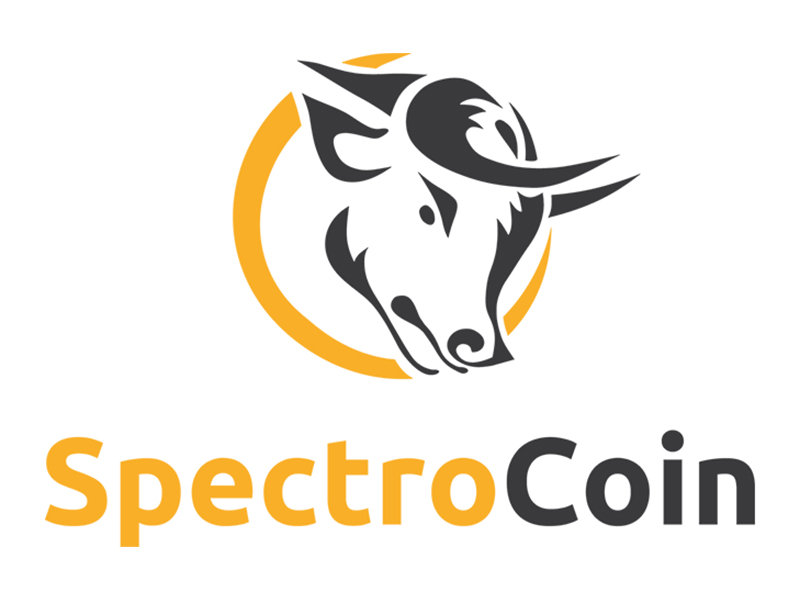 UK based Spectrocoin.com allows to pay via Bitcoin without holding bitcoins, just Euros

London, April, 2015. UK Bitcoin service provider SpectroCoin.com (http://spectrocoin.com) is the first to offer functionality to exchange Bitcoins on the spot during the payment via SpectroCoin applications on iOS, Android and Windows Phone devices.

One of the key obstructions of Bitcoin adoption is relatively volatile bitcoin price. It not only restricts from using bitcoin as a store of value in the long run, but also causes difficulties while using bitcoin on daily basis. Many ordinary Bitcoin users are usually facing uncertainty when buying bitcoins to pay for goods, as prices of goods in bitcoin fluctuates together with bitcoin exchange risk. So something that cost 0.5000 BTC might cost 0.5005 BTC just after payer exchanges his fiat currency to 0.5000 BTC.

Lets see how it works. After seeing a Bitcoin payment window: 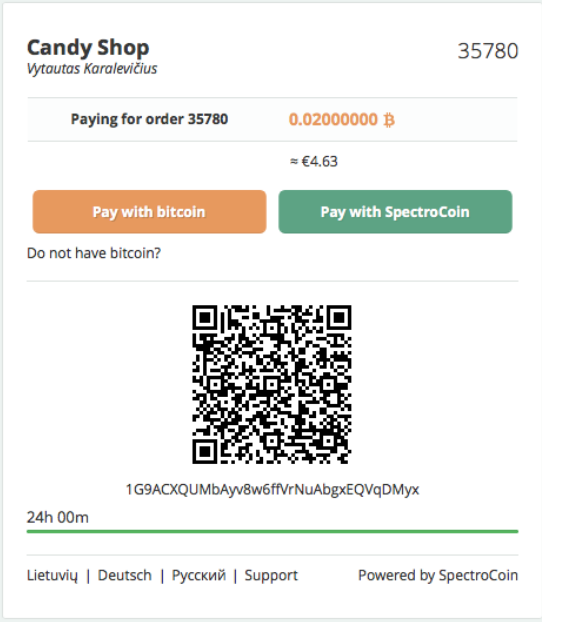 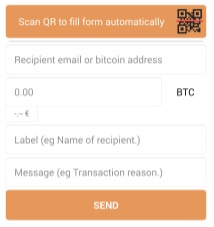 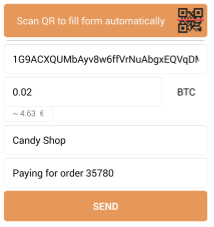 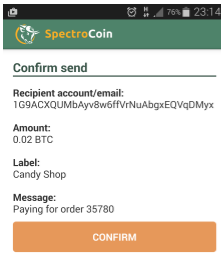 Step 6: Client chooses to pay in EUR or BTC: 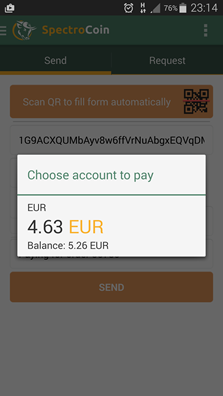 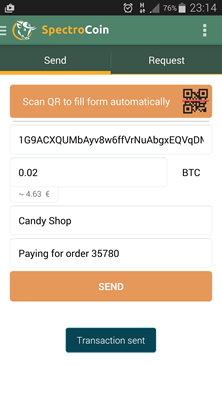 By using this solution, the client does not have to hold bitcoins, he can use only his Euro wallet, which allows to use Bitcoin solely as a protocol, not as a currency. As SpectroCoin.com CEO Vytautas Karalevicius says this simple solution, is a practical step to help Bitcoin revolutionize how we perceive money. For years, we have seen money as a combination of three properties: store of value, unit of account and method of payment. As there are not many arguments why Bitcoin is a better store of value or unit of account than fiat currencies like euros or dollars, it is obvious that as a method of payment Bitcoin is superior to fiat currencies, due to lower costs, nearly perfect divisibility and social inclusion to name but a few. This solution clearly reflects SpectroCoin.com teams’ perception that price is essential, but not the key property of Bitcoin and that Bitcoin is a protocol, not an asset.

SpectroCoin.com believes, that this solution can help to reduce skepticism about Bitcoin, as many people who criticize Bitcoin firstly uses the argument of its price being instable. If the Bitcoin ecosystem will keep moving in the same direction as now, when Bitcoin is competing with payment systems, not currencies, the price risk will be moved away from end-users (both payers and merchants) to Bitcoin processors such as SpectroCoin, which perceive Bitcoin price risk as an alternative to operational risk such as fraud, chargebacks and other. On the other hand, this solution makes use of Bitcoin as user-friendly as any other mobile wallet like Apple Pay or Google Wallet.