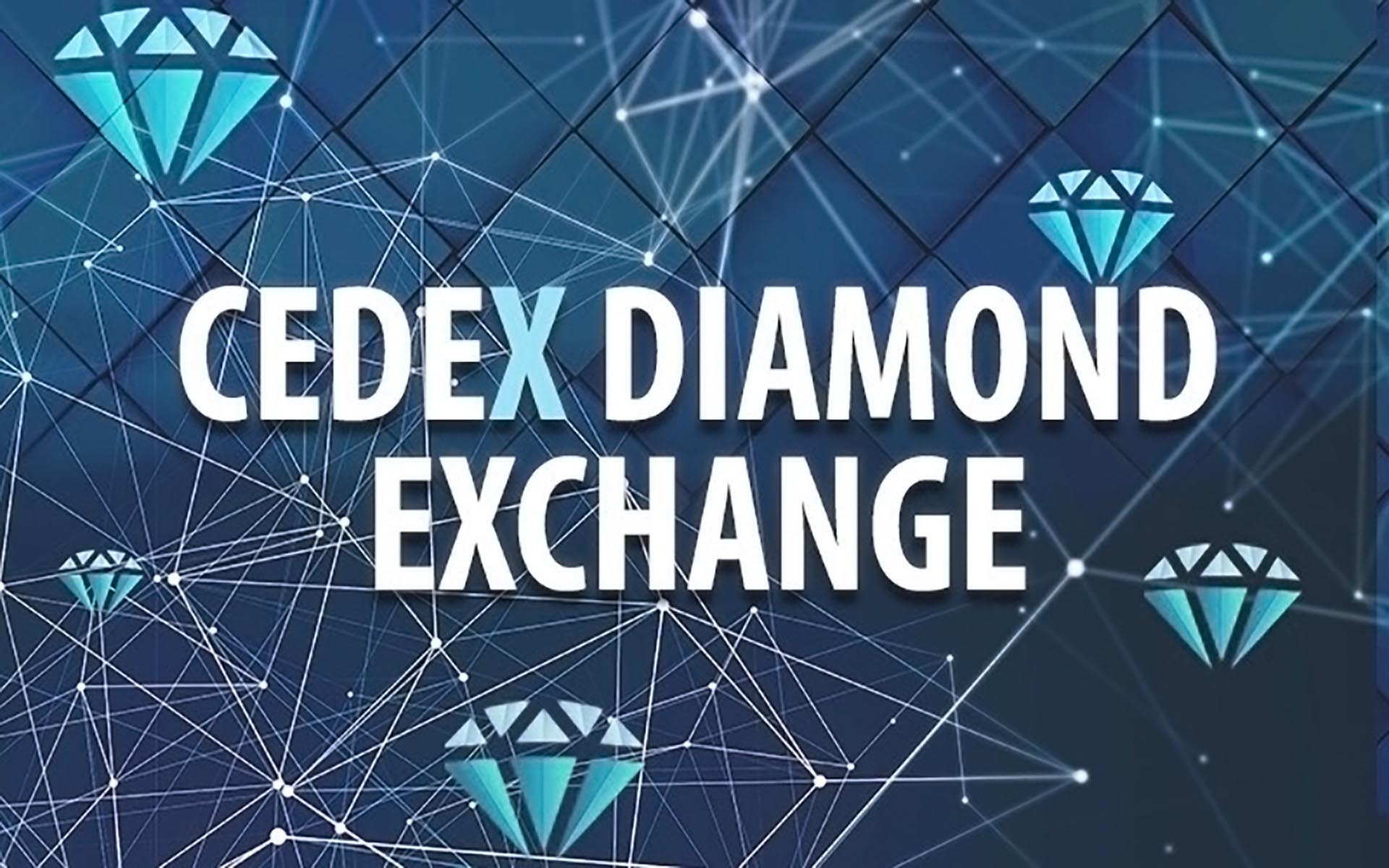 The Upcoming ICO and CEDEX Coin

2018 is set to be an exciting year for anyone looking to expand or diversify their investment assets. With the rapid growth of cryptocurrencies around the world, the main challenge is deciding where to invest.

CEDEX is set to answer that question when it launches its new and revolutionary Blockchain-based diamond exchange beginning with an ICO Token Pre-sale of its CEDEX Coin on the 16th March 2018. Due to unprecedented interest, the pre-sale amount of tokens has increased to 50% of the total. The aim of turning the existing diamond industry into the next asset class for investors will then be well underway.

Up to this point, diamond exchanges have functioned on a business to business (B2B) basis, leaving the public with little way to get involved. CEDEX aims to bring the traditional diamond industry into the world of innovative financial markets, thus enabling a transparent and safe way for the public to invest in diamonds as they would any other financial asset.

In De Beers’s Diamond Insight Report carried out in 2016, they attribute 95% of global diamond trade to consumer retail. This outlines the present gap in the market for investment in diamonds that CEDEX is aiming to capitalize on.

The lack of financial investment in the diamond market up until this point can be attributed to a number of challenges that the revolutionary CEDEX Exchange will overcome.

CEDEX will solve each of these issues thus successfully opening the diamond investment market to the public for the first time. CEDEX have partnered with IDEX, the worlds largest online diamond exchange. This partnership will further enhance the efficiency and reliability of determining the value of diamonds. Furthermore, IDEX’s existing user base of over 7000 diamond dealers will be encouraged to embrace CEDEX as a way of increasing their market reach.

The proprietary technology behind CEDEX, which will overcome the existing issues around transparency in the market, is a self-learning algorithm called DEX. DEX is the machine learning algorithm which is the backbone of CEDEX. DEX has three primary functions:

Each diamond that is listed on CEDEX will be categorized based on its Gemmological composition by the DEX proprietary technology. A combination of both the market indices and the GIA certification of each diamond is used to generate the most accurate diamond pricing available. Only GIA (Gemological Institute of America) certified diamonds are accepted for valuation. After online valuation, the diamond assets are physically verified against their GIA certificate and stored for safekeeping. At this point, the seller is issued a Diamond Token which can be listed on the exchange or sold directly to another user.

Another important aspect of DEX is the ability to rank each diamond in its category in order of “Investment Potential”. In this way, even beginner traders can recognize lucrative trades. The liquidity of the CEDEX Exchange will be guaranteed through the funds raised with the launch of the CEDEX Coin. CEDEX have pledged 15% of the funds raised by the CEDEX Coin Token Sale to be allocated to working capital. An initial inventory will be purchased by CEDEX on their own exchange, enabling liquidity from Day 1.

Finally, standardization will also be achieved through the implementation of the innovative DEX proprietary technology solution, which will create a unique benchmark value, rate and smart contract for every stone on the CEDEX Exchange.

The CEDEX Coin will be an ERC-20 compatible token, assuring its legitimacy in the existing cryptocurrency market. It will be traded over the public Ethereum blockchain, allowing users to transform their assets into diamonds in the most efficient manner possible.

The CEDEX Coin will power the CEDEX Exchange and is the only means of payment used over this platform. It will be listed on all major exchanges allowing for transferability between it, existing crypto and fiat currencies. Although CEDEX Coins can be stored in any wallet compatible with ERC-20, it is recommended that they are stored in an offline storage solution for optimal security.

Up to 41% of the supply of CEDEX Coin will be pre-allocated to the CEDEX founders and team members before it becomes available for purchase. The company will hold 20%-25% of the CEDEX Coin supply for future development and marketing expansion. This holding will also be used for purchasing additional diamonds in order to expand the financial offering of the CEDEX project.

CEDEX Token Pre-sales will start on March 16, 2018, at 19:00 GMT. During this Token Pre-sale, the CEDEX Coin will become available for use.

The minimum purchase limit at launch will be set at 1 coin which will be valued at 1 Ethereum. It became apparent that demand for The CEDEX Coin at pre-sale would far surpass the 20% initially intended to be offered, so that amount has been increased to 50%. Users will be able to purchase CEDEX Coin using Ether, Bitcoin and fiat currencies according to the current rates in the market.

In order to purchase tokens during the pre-sale, you will need to register at www.cedex.com.

Techfinancials, a public company listed on the London Stock Exchange, is the primary owner (90%) of CEDEX. As such, the support, both in asset use and experience is of tantamount importance and a rarity in the I.C.O world.

This level of both credibility and accountability provides potential investors with sound peace of mind.

With a solid plan and roadmap ahead, together with the support of Industry leaders like IDEX, CEDEX represents both an interesting investment opportunity in both diamonds and the CEDEX coin itself.