We saw some interesting activity in the Bitcoin markets this week. During the first half of the week, we saw a run-up to $460, followed by a few days that made us think that $460 might be a new sticking point in the market. Those notions were dashed during the latter half of the week though, as the price starting falling on Christmas night, hitting a low of $407. A late-week recovery brought the price back up, though, and overall we saw a 2.63% decline over the entire week.

Also read: Are Universities Likely to Offer Bitcoin Degrees in the Future? 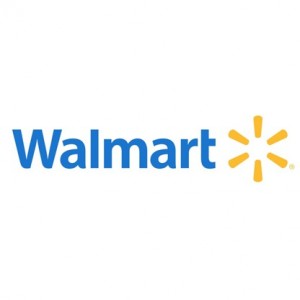 Monday, December 21 began with the Bitcoin price at $439.02. There was a sharp upward spike during the early morning hours, peaking at $450 at 6 AM. That spike was short-lived, though, and the markets quickly brought Bitcoin back down to the $430s. The price spent the evening in the high $430s, flirting with $440 as the day came to a close.

In the news, we reported on Walmart’s return to Gyft.com. This move means that people will be able to use bitcoin to buy Walmart gift cards, effectively allowing them to shop at Walmart with bitcoin. Walmart’s return to Gyft comes after the company decided to withdraw from the gift card program in April 2014 for reasons that are not totally clear.

The 22nd opened at 439.81, not quite hitting the $440 mark. We quickly achieved that price though, with the markets breaking the $440 threshold at 2 AM. The price fell slightly as the day went on though, returning to the $430s. This range persisted for the rest of the day, with evening activity taking on a very flat pattern.

On Tuesday, we reported on a big development in the Bitcoin block size debate. 31 GitHub contributors have signed the block size proposal drafted by Gregory Maxwell, giving him their support for his block size solution. This proposal would implement a soft-fork of the blockchain that would result in a block size increase to a maximum of 4 MB.

Wednesday began with the Bitcoin price at 437.74, not much change over the previous two days. Wednesday’s market activity was characterized by slow and gradual growth; the price reached $440 by midday, and climbed into the $450s by the end of the day.

Thursday, December 24 opened at 453.20, a notable increase over the start of the previous day. We did see some growth in the price on Thursday; however, with it being Christmas Eve, trading was slow overall. Most of the day was spent in the mid-to-high $450s range, eventually closing the day in the high $450s.

Christmas day started at $458.34, and pretty much stayed there for the entire day. That night, though, a large price drop commenced, which lasted for the rest of the week. The fall started at 8 PM, and by the close of the day, the price had fallen into the low $440s. 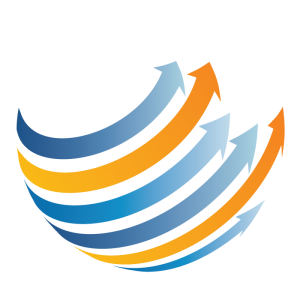 Meanwhile, in the news, we reported on some drama surrounding the Factom project. According to a recent document that appeared online, Factom twisted the truth regarding its land deal with the Honduran government. Factom claimed that it had secured a deal with the government to record land title registries on the blockchain. However, this document reports that there is no official deal between Factom and the Honduran government.

December 26 opened at 447.15. The decline continued into the day after christmas, with the price falling as low as $407.25. However, market activity seemed to stabilize during the 26th, and the price leveled out in the high $410s to low $420s range.

Sunday, December 27 kicked off with the Bitcoin price at $417.05, a significant decline over the start of the previous day. We saw some volatility during the first half of the day, depicted on the charts by some rather large candlesticks. The volatility smoothed out around noon, though, and a small recovery got underway. By 8 PM, the price had returned to the high $420s, and the day eventually ended at $427.47

What will Happen to the Bitcoin Price?

The recovery that we saw on Sunday brought the price within $10 of where it was at the beginning of the week. Ultimately, the price only fell by 2.6% this week, which isn’t much in the Bitcoin world, considering its tendencies to swing by large percentages on a whim.

Therefore, the late-week price drop may have just been due to inactivity brought about by the Christmas holiday, allowing the bears to take the reigns for a brief period of time. If this is the case, then we can expect the price to remain where it is at currently, with the possibility of some additional gains during the coming week.

On the other hand, we may only be seeing a small break from a larger correction, and the price may continue falling as the week gets underway. If this proves to be true, we could very well see sub-$400 prices. However, given the price’s apparent holding pattern in the $400s, I think the latter scenario is more likely to be true, and we may have seen the end of the Christmas decline.