What can actually kill Bitcoin? 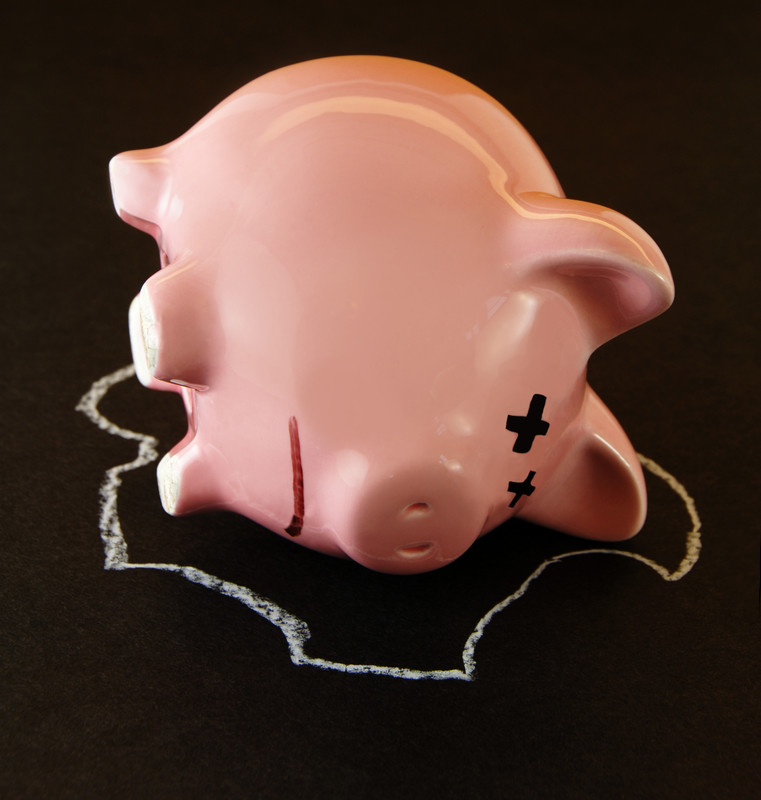 What can actually kill Bitcoin?

Amid the turmoil of today’s news regarding Russia “banning bitcoin“… again. It seems a good time to sit back and ask ourselves just what kind of threats cryptocurrencies face both internally and externally. 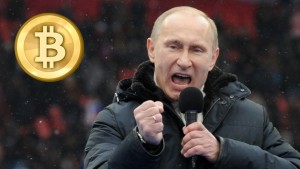 The obvious starter to this conversation is of course, government regulation. As entrenched oligarchies feel their stranglehold of the money supply loosening we can expect a whole range of tactics to be employed by various regulatory bodies across the globe. In fact, my think tank has been ominously calling the end game of this development “World War C”, as governments realize they cannot stop cryptocurrencies without eventually resorting to violence and outright totalitarian control.

Doomsday scenario’s aside, world governments should really be thanking their lucky stars Bitcoin currently holds the top spot in the cryptocurrency space. As there are a myriad of trickier currencies (some with full on anarchistic leanings) already waiting in the wings. For any world government, it will be best to embrace cryptocurrency in it’s current form or not only will you fall behind the rest of the world technologically as competing markets become more and more efficient but you will also be kicking a hornets nest that will involve some of the brightest minds in the community finding ways to completely subvert or work around your fiat system (something that has arguably already happened with inventions like MarineCoin floating around).

For my part I am less concerned about global regulation than I am about internal threats such as a bug that goes unnoticed for a long period of time or the full on centralization of mining. In fact it was the latter problem that prompted me to explore this issue further as the Beijing, Qingdao and Hangzhou based mine called “Discus Fish” recently surpassed GHash.IO as the largest mining operation in existence.

Whereas just a few months ago GHash.IO was catching flack for it’s ever expanding share of the network now “Discus Fish” seems poised to snatch the top spot and never let go with a dangerously impressive 24% of all blocks mined. 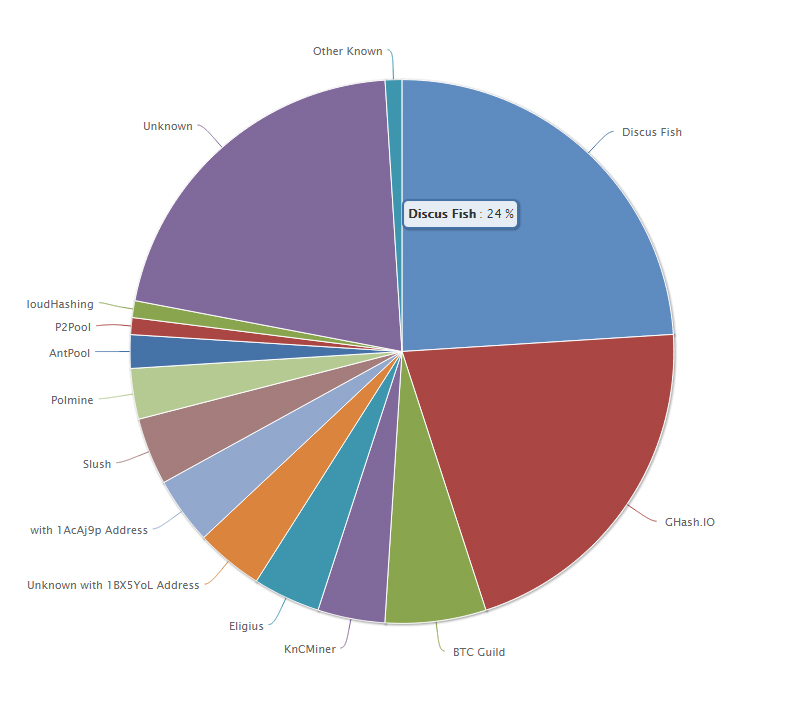 Hopefully other mines will respond or (and I know this might sound crazy) we see a leveling off in the mining arms race. A return to a sensible scale of mining would be wonderful but as we explore Bitcoin’s proof of work system to obscene levels it seems “mining” and “sensible” are two concepts that will not be meeting one another for at least a while longer.

If nothing else I would like to see a greener methodology move to the forefront. In fact I am betting that in the future the efficiency edge offered by such systems, such as a Proof of Stake variant, will be what actually manages to, not so much kill, but rather dethrone Bitcoin.

With Bitcoin still holding 6.3 Billion USD out of a total 6.9 Billion currently wrapped up in the entire cryptocurrency market BTC’s future demise, if it ever comes, is still going to be a long way off (although long in crypto terms might also mean next quarter).

So for now Bitcoin is still the proverbial tip of the spear and as such catches the most flak globally (case in point Russia’s recent announcement). Yet that might turn out to be the best thing for the rest of the community as already we are seeing the market arrange itself around other players with much more sophisticated (and greener) technologies such as Ripple, NXT or BitsharesX. Each representing fully capable, separate markets unto themselves.

If Bitcoin should fall, be it through government regulation, internal malfeasance, or simple market forces choosing something else; that would simply herald the dawn of a new stage in cryptocurrency development. The last thing we need is an entrenched oligarchic system hogging all the resources, that no longer reaches for efficiency and innovation.

What is Filecoin and Why Its Uptrend is Overshooting Even Bitcoin?

An altcoin called Filecoin has just escalated its ranks after logging a gravity-defying price rally that beats even its top rival Bitcoin's uptrend.