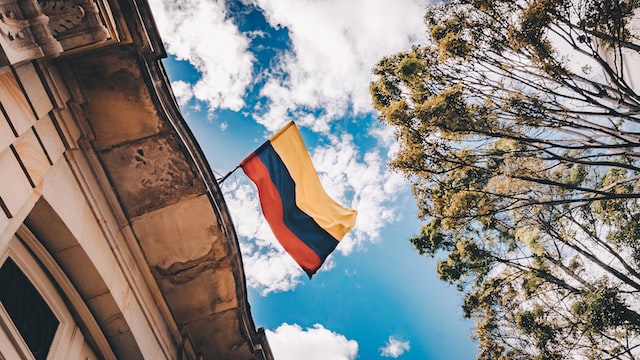 Why Colombia Will Create CBDC To Reduce Tax Evasion

by Reynaldo Marquez
in CBDC
0

The Colombian government contemplates deploying a central bank digital currency (CBDC) to mitigate tax evasion. The country recently went through a change of government, and the new Gustavo Petro-led administration is apparently seeking to amend the alleged mistake of his predecessor.

Related Reading: Bitcoin Is Now Accepted In This Popular Resort In The Maldives

In an interview with a local newspaper, Colombia’s Minister of Finance and Public Credit Luis Carlos Reyes talked about the potential for a CBDC to change the way the money flows in Colombia. According to the government official, the country loses around 6% to 8% of its total Gross Domestic Product (GDP) due to tax evasion.

A CBDC is a currency issued by the country’s central bank, but only as a digital currency with the potential to add additional features, such as smart contract capabilities or controversial features to limit the places where an individual could spend their money.

Using a feature from blockchain technology, transactions with a CBDC could be completely transparent allowing state and financial entities to have an uncensored view into an individual’s spending, when someone spends their money, and where. This could help Colombia mitigate its issue with tax evasion.

According to Carlos Reyes, there are a lot of cash settled transactions in the country where the parties avoid paying basic taxes. The Minister told the local newspaper the following on the potential for CBDCs to help the government keep track of financial transactions:

(…) people who have to pay VAT or income tax on these transactions can evade them (with cash). One of the important objectives is that when payments of a certain amount are made, they are recorded electronically, this is important to improve the traceability of payments made in the economy.

In addition to its fiscal deficit, Colombia faces a large total deficit in terms of GDP. The Latin American country currently has a growing debt that represents over 60% of its GDP. This is why the Petro administration is trying to come up with an aggressive strategy to reduce its spending and increase its revenue stream.

Colombia Embraces Crypto Technology With CBDC And Other Reforms

In addition to mitigating tax evasion, Colombia will seek to “punish tax evaders”, the government official said. The government will introduce reforms that could include jail times for these offenders. A CBDC seems like a useful tool to achieve that goal.

As Bitcoinist reported, during his campaign the newly elected Colombian presented hinted at a pro-Bitcoin and crypto stance. Petro celebrated El Salvador’s Bitcoin Law, and promised to replace cocaine production with Bitcoin mining:

What if the Pacific coast took advantage of the steep falls of the rivers of the western mountains to produce all the energy of the coast and replace cocaine with energy for cryptocurrencies?