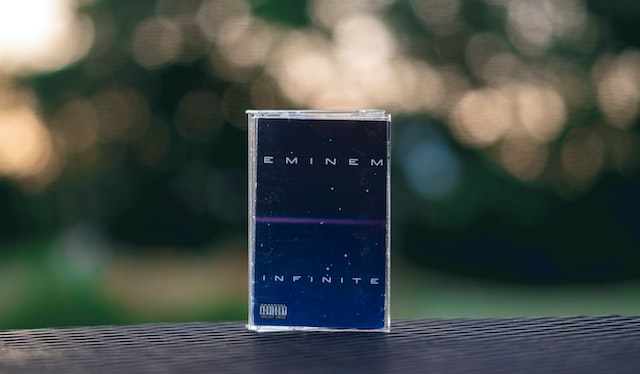 by Reynaldo Marquez
in metaverse
0

Per a press release, the company behind the popular non-fungible token (NFT) collection Bored Ape Yacht Club, Yuga Labs, will be part of a one-of-a-kind presentation. The company has partnered with rap legends Marshal “Eminem” Mathers and Calvin “Snoop Dogg” Cordozar to perform in the Metaverse.

The presentation will take place this coming August 28 during the 2022 MTV Video Music Awards (VMAs). Eminem and Snoop Dogg will perform the song titled “From the D 2 The LBC”.

This will mark the first time in several years that either artist performs in this event and the first Metaverse-inspired performance in the history of this award show. Yuga Labs shared the announcement via their official Twitter handle.

We’re SO excited to experience @Eminem & @SnoopDogg‘s #VMA performance inspired by @OthersideMeta with @yugalabs 🚀 The countdown to Sunday at 8p starts NOW!

The release stated the following on the artists’ trajectories, highlighting the importance of this collaboration with Yuga Labs:

Eminem will perform for the first time in 12 years, last performing “Not Afraid” and “Love the Way You Lie” in 2010. The 60x nominated superstar is the second most nominated artist in “VMAs” history, trailing only Madonna with 69. He has won 13x, making him one of the top 5 artists with the most wins. He recently released his second greatest hits album, “Curtain Call 2”. Snoop Dogg will perform for the first time on the “VMAs” stage in 17 years, last performing with Diddy and the Notorious B.I.G. in 2005.

The artists have been very active in the crypto industry. Snoop Dogg launched their own NFT collection allowing his fans to access the Metaverse with a partnership with The Sandbox.

The Snoop Dogg collection features over 10,000 unique, “hand-crafted”, and “playable” Metaverse Avatars called The Doggies. The artist was directly involved in the process of designing and creating these digital assets. The NFT can be traded on the popular digital marketplace OpenSea.

On the other hand, Eminem collaborated with Snoop Dogg to launch the music of their song “From The D 2 The LBC” video in the Metaverse. The artists presented their videos in the annual ApeFest 2022, a popular event for BAYC and Mutant Ape Yacht Club (MAYC) holders, another collection from Yuga Labs.

Eminem and Snoop Dogg performed with other popular musicians, such as Lil Baby, Lil Wayne, The Roots, and others. The legendary rappers used iconography and images of the Yuga Labs NFT collections, as seen in the tweet below.

Took too long to reconnect with @snoopdogg– you know we had to make a movie! https://t.co/087W2OZJOI #FromTheDToTheLBC #curtaincall2 @BoredApeYC pic.twitter.com/k443JqXHON

Related Reading: Despite Downtrend, Bitcoin Continues To Flow Out Of Exchanges

The VMAs might be just the first of several Metaverse presentations. At the time of writing, Ethereum (ETH) trades at $1,700 with a 1% profit and a 7% loss in the last 24 hours and 7 days, respectively.

Why Epic Games Partnered With This Metaverse Startup Following $30M Round