Suspension of Bitcoin Deposits and Withdrawals

The Japan Cryptocurrency Business Association (JCBA) has announced that 13 Japanese exchanges will suspend Bitcoin trading on their platforms, for the upcoming possibility of a Bitcoin split. The exchanges are fearing a potential delay of Bitcoin transactions and even loss of transactions, that may occur on August 1st. The association further declared:

The occurrence of forking affects the transmission and receipt of bitcoins by all bitcoin users, and it is expected that all related virtual currency exchange operators and service providers will be seriously affected.

The JCBA feared that a Bitcoin chain split may cause an enormous delay of transactions and general clogging of the whole Bitcoin blockchain. By suspending bitcoin withdrawals and deposits, they hope to ensure that the upcoming changes to the bitcoin protocol will end up to be safe and secure for further trading. The exchanges gave the following joint statement:

We decided to temporarily stop accepting bitcoin deposits and withdrawals at each exchange…We will stop only the services related to depositing and withdrawing bitcoins, but we will provide our other regular services for virtual currencies and legal currencies.

The 13 exchanges  that will participate are following: 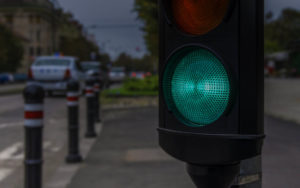 Yesterday, the Bitcoin network locked in BIP91, a long awaited solution for the scaling problems of the Bitcoin blockchain. BIP91 will activate SegWit, and thus allow the implementation of the Lightning Network which will dramatically boost the total amount bitcoin transactions per day. The BIP91 Lock-in will also dismiss the fear of a potential blockchain split on August 1st.

Nevertheless, the Japanese exchanges will still halt transaction on August 1st, in order to ensure that the activation will be safe.

What are your thoughts on JCBA’s decision? Do you think that it is a good idea to halt Bitcoin transaction on August 1st? Let us know in the comments below!