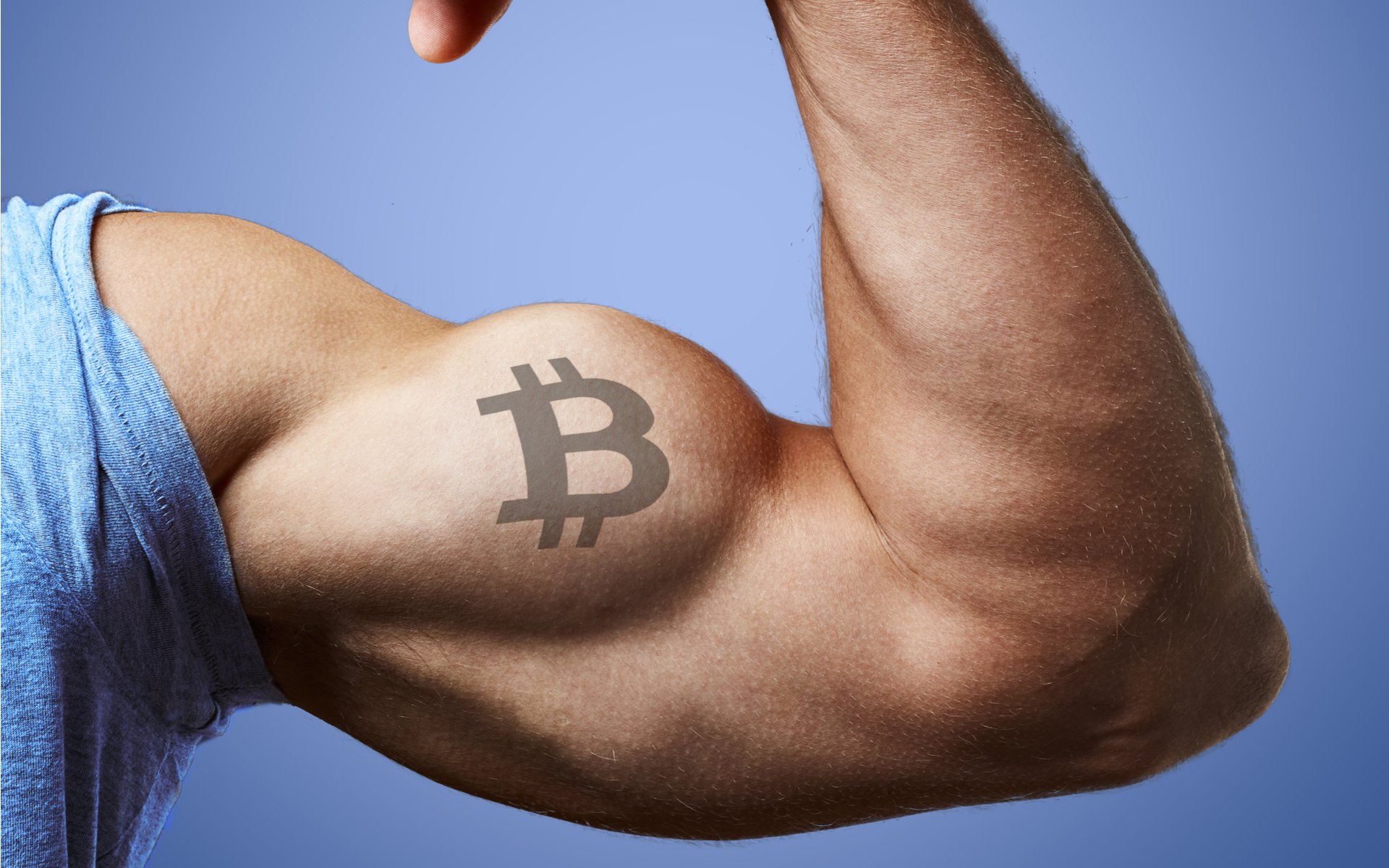 5 Reasons Bitcoin is Fundamentally Stronger Than Ever

Price of Bitcoin got you down? Don’t worry! Bitcoin isn’t dead (again). What’s more, here are five reasons the world’s first cryptocurrency is fundamentally stronger than ever.

More People Are Using It

Metrics gauging Bitcoin users and usage all point to a continuous uptrend, albeit with peaks and alleys along the way, just like with any new technology.

First, transaction volume per day is probably the most straighforward metric, which follows a rising trend-line seen in the chart below. Admittedly, the recent drop in volume is significant. However, part of this could be due to the increasing practice of transaction batching, which lowers overall volume. 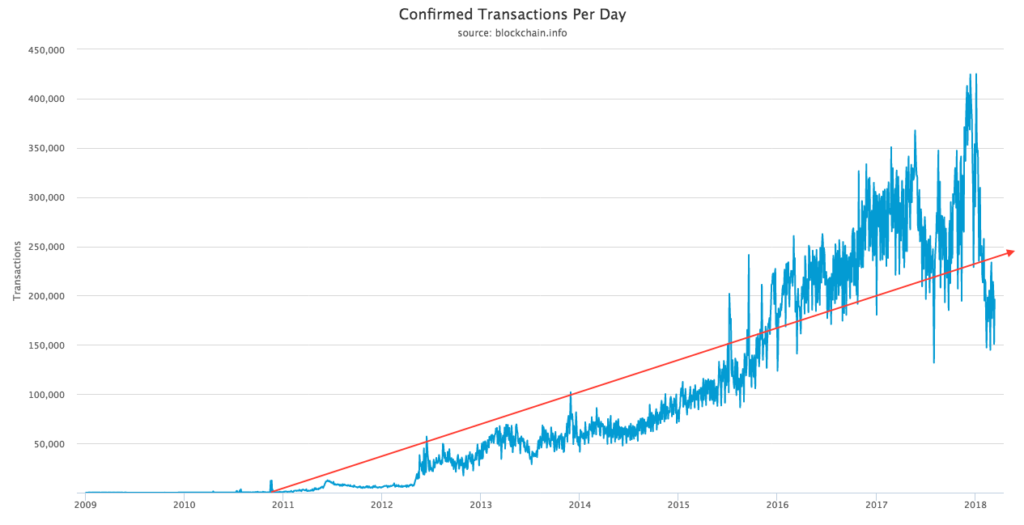 Second, one of the best indicators for organic Bitcoin demand is LocalBitcoins, a global peer-to-peer platform for buying the cryptocurrency. Interestingly, the chart below is very similar to the price chart, with volume recently peaking in December, correlating to Bitcoin’s all-time price high of nearly $20,000 USD at the time. Nevertheless, the general upward trend remains intact.

Third, while the number of wallets and addresses in existence doesn’t directly equate to the number of users worldwide (since most wallets now always generate new addresses and users have multiple accounts), it does paint a general picture of increasing popularity, nevertheless. 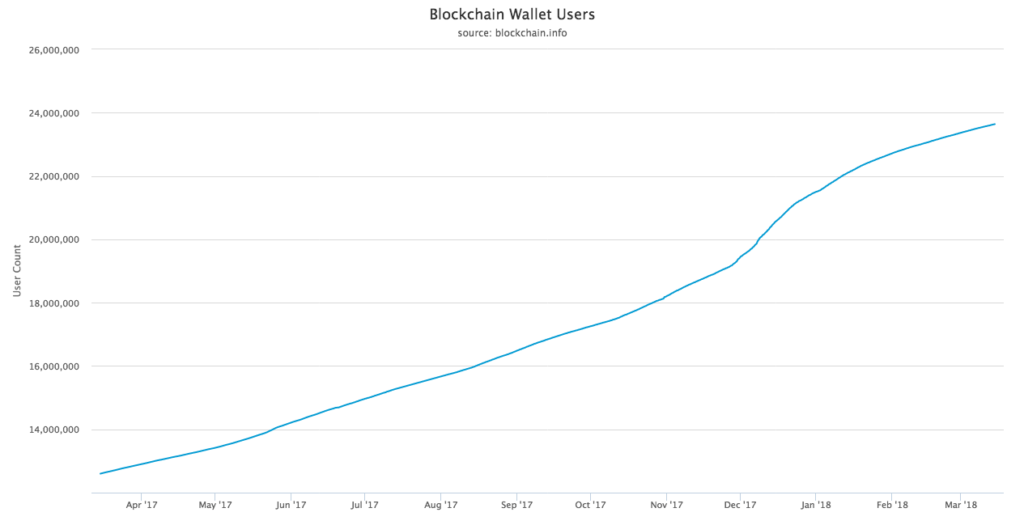 At these rates, analysts expect the number of Bitcoin users to reach 200 million by 2024, RT reports.

Nodes Are More Numerous (And More Widely Distributed) Than Ever

Nodes can be thought of as the interacting messenger cells of the Bitcoin organism. Bitcoin full nodes validate transactions based on network protocol rules. By running a full node, the user can validate their own transactions in a more trustless manner.

The latest data shows a record number of reachable nodes spread out all over the globe. Interestingly, China has the second largest number of nodes with over 2,300, despite last year’s regulatory clampdown by the government.

The more full nodes there are, the more decentralized the network becomes. This makes it harder to disrupt or successfully attack the network, and, in turn, empowers users to become self-validating and financially-sovereign entities.

As Bitcoin experienced a surge in new interest and users, the network became congested, leading to a spike in transaction costs at the end of last year. The adoption of SegWit, a block-weight optimization solution, has not only eased some of the costs for now, but also opened the door for developers to work on layer-two scaling projects.

Specifically, the Lightning Network, as well as other optimizations in the pipeline, such as Confidential Transactions, Bulletproofs, and Schnorr Signatures, are expected to make Bitcoin transactions cheaper, faster, and more private in the not-too-distant future.

Hash Rate Is at Record Highs 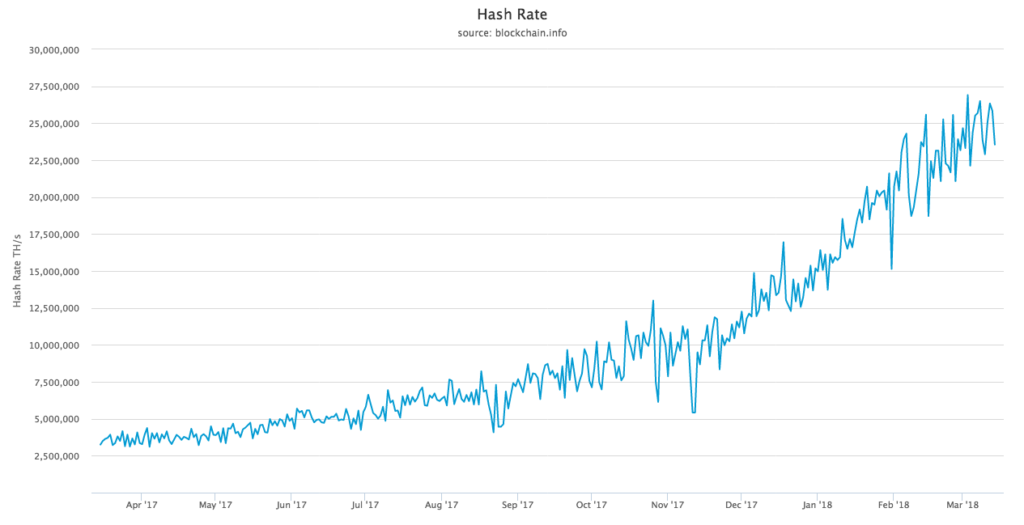 The current rate is at around 25 million TH/s – a massive amount of computing power. In fact, the computing power required to successfully attack the Bitcoin network doesn’t even exist, making it the most secure and immutable peer-to-peer cryptocurrency network in the world.

“Bitcoin has achieved a level of computing that no single nation state can overthrow it through computation alone,” explains Andreas Antonopoulos.

Bitcoin has been around since 2009. Even mainstream media outlets like Bloomberg have called it a “bit of a miracle at any price.”

Who would have imagined that a whitepaper, written by a pseudonymous author, and then brought to life by some of the most brilliant minds the world has ever known, would not only have such an impact on the world, but would also turn the entire concept of money on its head?

Measuring the success of this groundbreaking technology solely by price is missing the point. It is much more. Bitcoin’s creator(s) certainly knew this, which is why we will probably never know Satoshi Nakamoto’s true identity. The message in the genesis block does give us some clue to the true intention, however.

At the same time, it has been running, uninterrupted, for nearly a decade now. It has died a hundred deaths, and yet, it’s still here. Everyday, it’s empowering individuals to be their own bank, eliminating dependence on banks, politicians, and centrally-planned monetary policies.

Previously, the world has never known such a borderless, apolitical, and neutral form of money. It is an idea who’s time has come.

Will Bitcoin continue to grow or is this technology just a fad? Share your thoughts below.