Airbitz to Leverage US JOBS Act to Raise Funding for Expansion

SAN DIEGO — Airbitz, a popular bitcoin wallet provider, has announced the launch of a new crowdfunding campaign through Wefunder. Through Wefunder’s BitPay integration, Airbitz will become the first company to raise bitcoin investments in full compliance with Title III of the JOBS Act.

Airbitz to Raise Funds in Compliance With SEC Rules 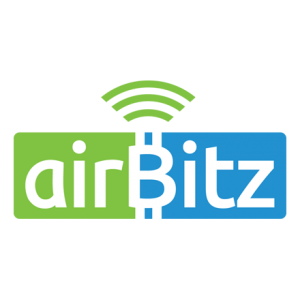 The JOBS Act — or the “Jumpstart Our Business Startups Act — was signed into law on April 5, 2012. The purpose of this law is to make it easier for startups to go public and raise capital privately. Title III of the Act applies specifically to crowdfunding, which Airbitz will now take advantage of in raising new funds for expansion.

“We hope to obtain new capital to grow our company,” Airbitz CEO Paul Puey told Bitcoinist. “And by doing it through crowdfunding, we enable our existing user base to take part and feel a sense of ownership in a product they already use.”

Puey also told Bitcoinist that his company has a funding goal for its Wefunder campaign. Due to SEC rules, however, Puey cannot publicly disclose exactly how much Airbitz aims to raise at this time.

“The [Wefunder] campaign will accelerate progress towards the creation of secure, user-friendly decentralized applications,” Puey said in a press release.

Wefunder is an equity crowdfunding platform catered to startups looking to raise capital in order to develop their products and ideas. According to its website, the platform has seen over $16 million USD in investments since 2013. After raising their initial capital on Wefunder, those companies reportedly went on to raise over $600 million in venture capital. The Wefunder website claims that nearly 80,000 investors have used the platform, contributing to projects such as Freight Farms, CaseText, Geekatodo, Checkr, and Zenefits.

The San Diego-based company became popular for its developer SDK, which can be integrated into blockchain applications to provide a secure login environment. The security is provided through the use of the Airbitz mobile bitcoin wallet. Users sign into the blockchain application by scanning a barcode with the wallet, and then creating a user account with fully-encrypted login data.

According to the company, this method protects users from server-side hacks, as all stored private data is fully encrypted. Airbitz’s website claims this service constitutes “the world’s first zero-knowledge single sign-on solution.

If the Airbitz hits its Wefunder goal, combined with its lead investment of $150,000 from Lakeshore Energy Capital, Puey said the company would be able to deliver on its promises for several SDK integrations currently in the works.

“We have many exciting business opportunities with our security platform,” Puey said, “and we simply need the resources to execute on them.”

The company also has an ongoing crowdfunding campaign with Bank To The Future. Puey told Bitcoinist that the funds raised from that campaign will also go towards its SDK integration projects.

Do you think Airbitz’s compliance with the JOBS Act will help it reach its crowdfunding goals? Let us know in the comments below.