As financial institutions’ interest in trading cryptocurrencies explodes, Andreessen Horowitz is leading a group of influential venture capitalists to protect cryptocurrencies from being classified as securities. Moreover, Horowitz is accelerating the launch of a dedicated crypto asset fund.

The Venture Capital Working Group Is Fighting For Cryptocurrencies 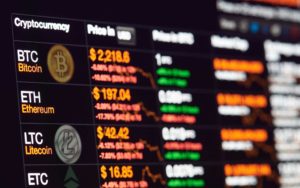 An increasing number of finance firms are considering joining the crypto bandwagon to start trading Bitcoin and other cryptocurrencies within the next few months.

Specifically, a Thompson Reuters survey, which included more than 400 of its clients, determined that one in five financial businesses is considering trading cryptocurrencies within one year.

However, financial institutions, entrepreneurs, and venture capitalists fear that regulators could designate Bitcoin and other specific cryptocurrencies as securities. Such a designation would carry an onerous oversight.

According to New York Times sources:

Regulators have indicated in private meetings that they are considering whether virtual currencies, including Ether, the second most widely used digital token, should be categorized as security, according to three people who have been in the meetings.

As a result, Andreessen Horowitz has assembled and is leading the Venture Capital Working Group. The New York Times reports that the Group comprises the two most significant venture capital firms in the crypto industry: Andreessen Horowitz LLC and Union Square Ventures. The group also includes lawyers from Cooley LLP, McDermott Will & Emery LLP, and Perkins Coie LLP.

The primary purpose of the group is to deter regulators from categorizing cryptocurrencies, such as Bitcoin and Ether, as securities.

In this connection, the Venture Capital Working Group met with the U.S. Securities Exchange Commission on 28 March 2018. According to the New York Times, the group also proposed a “safe harbor” for some cryptocurrencies.

According to Recode, there is evidence that Andreessen Horowitz LLC, the Silicon Valley venture capital firm, is recruiting a legal counsel, and a finance and operations manager. Both positions will be responsible for a “separately managed fund focusing on crypto assets.”

If you wish to apply, details of the job requirements are here.

Andreessen Horowitz’s move to launch a dedicated crypto asset fund is an optimistic testament that regulators will not categorize cryptocurrencies as securities.

If financial regulators designate cryptocurrencies as securities, how do you think this will affect Bitcoin’s price? Let us know in the comments below.