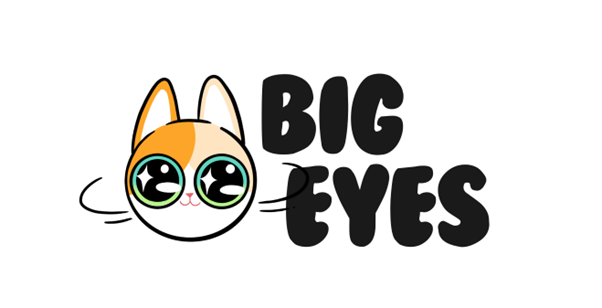 Cryptocurrency and environmentalism aren’t two words that we often see hand in hand. Cryptocurrency has gained a bad name for itself regarding its carbon footprint, and as a result, many people avoid the currencies due to their large emissions output.

However, some coins have taken this on board, changing the game and actively making a positive environmental impact. Three coins doing this are Big Eyes (BIG), Solana (SOL), and Dogecoin (DOGE). In this article, we’re exploring what each coin is doing to combat the negative effects of cryptocurrency on our environment while asking, is this enough?

Why is Crypto Bad for the Environment?

Cryptocurrency mining, which is an essential feature of the coins, is an automated process that validates transactions without the need for third-party intervention. This ensures that the currencies are separate from personal control and devoid of foul play, maintaining the security of blockchains that use proof-of-work consensus.

However, this process depends on the computational power of thousands of mining machines, using a huge amount of energy. In most countries where crypto is mined, the main power source is fossil fuels. Therefore, the huge energy use of these machines results in the release of tonnes of carbon into the atmosphere – one of the main driving forces of global warming.

To put these emissions into perspective, Bitcoin uses an estimated 85TWh of electricity, making up 0.38% of global energy production, more than Belgium and Finland (according to energy estimates made in 2019). Meanwhile, Ethereum has a comparable power consumption to Switzerland.

Every year Bitcoin produces approximately 36 thousand tonnes of electronic waste, which has a devastating impact on the environment and is very difficult to remove. Needless to say, these damaging figures need to change. Statistics were found here on Investopedia.

In 2021 Solana (SOL) went completely carbon neutral and has pledged to maintain this throughout 2022. This was a groundbreaking announcement, proving that a high-ranking ‘Ethereum Killer’ cryptocurrency can efficiently reach carbon neutrality. Solana (SOL) has proven that crypto does not need to damage the environment while mining transactions.

Solana (SOL) uses a ‘Proof of Stake’ rather than a ‘Proof of Work’ mining model to remove its need for energy to validate transactions. This method has proven hugely successful, and the coin uses 99.99% less energy than Bitcoin every year. The ‘Proof of Stake’ mining model has other advantages, too; for example, it keeps the system more secure and efficient. Solana (SOL) is now so energy efficient that it uses more energy to make two Google searches than execute one transaction on its platform.

Solana (SOL) doesn’t stop there. The environmental Solana Foundation has funded a process called ‘refrigerant destruction,’ which is one of the best processes to reduce CO2 emissions, as stated by Green America. It’s this process that will help Solana (SOL) to maintain its carbon neutrality long-term.

Beyond its own direct impact, Solana (SOL) is making an active effort to help environmental conservation as a whole. It supports the destruction of HFC and CFC refrigerants. These particles are over 10,000 times more damaging to the planet than carbon dioxide. Solana (SOL) has also partnered with a company called Watershed, which helps to measure, remove, reduce, and report on the carbon status of companies, thereby holding them accountable for their actions.

Combining Solana’s ‘Proof-of-Stake’ mining model with their partnership with Watershed and dedication to refrigerant destruction, Solana (SOL) is easily looking like one of the most energy-efficient coins available.

The Philanthropy of Dogecoin (DOGE)

Due to its decentralised and democratic structure, the Dogecoin (DOGE) community regularly chooses to donate to a variety of causes carefully chosen and voted upon. This has led to some fantastic results; for example, in 2014, Dogecoin (DOGE) donated $30,000 to the Jamaican bobsled team in 2014 to support their return to the Winter Olympics. They have a website called Dogedonate.com, and to maintain transparency, charities receive donations via a Doge wallet rather than adding them to the coin itself.

Dogecoin (DOGE) raised $50,000 for a Doge4Water project, held in support of World Water Day on 22nd March. The Dogecoins (DOGE) were donated to a remote region in Kenya that had been most affected by a huge drought that year. The fundraiser organiser Eric Nakagawa stated that the focal point of the project shouldn’t be the target amount but the huge potential to raise as much money as possible.

Through their active charitable work, Dogecoin (DOGE) has paved the way for cryptocurrencies to take on important philanthropic endeavors. They are currently in the voting stage for their next project, which includes supporting zoos to prevent animal extinctions. This demonstrates the potential for crypto projects to take environmentalism seriously with a proactive approach. Dogecoin (DOGE) has proven the real-life implications of raising money through digital finance platforms. They’ve changed the game.

Big Eyes (BIG) is a new coin following in the footsteps of Dogecoin’s philanthropy. They have seen the potential for a real environmental difference to be made and taken matters into their own hands (or should we say paws?) to actively change the situation.

Greenpeace makes it clear that our oceans are in desperate need of saving. The tolls of plastic pollution, oil spills, global warming, and overfishing have had a devastating effect on ocean welfare. Oceans take up over 70% of the Earth’s surface, so their impact on the climate crisis is pivotal, especially as underwater wildlife can absorb CO2 from the atmosphere.

The Big Eyes (BIG) mascot is a cute crypto cat with a passionate love of sushi. He is worried about the long-lasting impact that our damaged oceans will have on his favourite snack. As a result, the Big Eyes (BIG) project is donating 5% of its tokens into a charity wallet that will donate to ocean sanctuaries. In its Roadmap, Big Eyes (BIG) plans to donate $1M to these charities by its ‘Catwalk’ stage. Enough to make a huge difference to ocean welfare.

Ocean sanctuaries give underwater wildlife the chance to recover from the damaging impact of human activity. They act as National Parks in the seas, protecting the fish from over-fishing, plastic pollution, and oil rigs. Statistically, the fish that grow inside ocean sanctuaries are bigger and healthier, and wildlife flourishes. Whales and krill both help to remove carbon from the atmosphere, storing it instead in the deep sea. Therefore, if ocean sanctuaries increase the amount of carbon dioxide-removing animals, they will reduce the devastation of global warming.

As a result, cryptocurrency is changing the game regarding the climate crisis, not only by donating money to important causes but also by raising awareness.