On April 26th a transaction worth 316 Bitcoins processed across the blockchain but 291 BTC mistakenly went to the mining fee. The 136,000 dollar mistake found its way to the mining organization called BitClub Network. The fee error seems to be a record-setting block, but it ‘s hard to locate the original address due to the fact the fee occurrence was mixed with many other transactions.

Block 409008 has revealed a pretty big fee mistake as a transaction had cost a user or group of users 136,000 paid to miners. The blunder had caused an uproar on social media pages and forums as the story went viral. Typically a transaction on the network even for an enormous sum will cost anywhere between $0.01- 0.05 cents as opposed to thousands of dollars. Yesterday’s blooper was clearly a unique instance as most community members agree the transaction fee was a significant error on the user’s end.

The mining network BitClub was the pool that had “luckily” had processed the transaction reaping the entire fee and 25 new freshly minted Bitcoins as well. BitClub made a statement yesterday saying they are willing to give the fee back to the original owner if they show proof it was the person’s transaction. They say they will be giving the sender one week to claim the funds otherwise they will donate the entire fee to a Bitcoin organization or development. The BitClub statement says:

“We are currently waiting for someone to reach out and claim their mistake so we can verify them and send this Bitcoin back. But so far, as of this posting, nobody has been able to verify it. If we cannot verify the details then we are giving it all back to the Bitcoin community!” 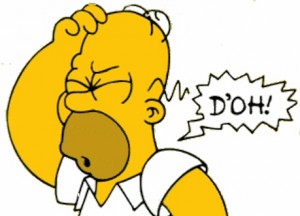 One organization that may receive the donation mentioned by the BitClub Network is the Bitcoin Foundation. The group says if no one emerges they will donate the money to either a well-known Bitcoin charity, core development, or the Bitcoin Foundation. BitClub states they are open to other ideas to allocate the funds as well. Some community members over social media like Twitter said BitClub should return the fee to the original owner. However, Tim Swanson R3’s Director of Market Research stated in a tweet that the organization shouldn’t feel obligated to return the funds.

The BitClub Network is a well-known Multi-Level Marketing (MLM) organization and has been scrutinized by the Bitcoin community for its operations. It has been referred to as a Ponzi scheme, and people have been very skeptical about its ownership. BitClub says in their post that they want to use this opportunity to prove they are “good guys.” The group recognizes the opinions people have about their organization stating, “despite the stigma of being an MLM and being in the Bitcoin space we can operate in an ethical manner for the benefit of everyone.”

Whether or not the BitClub Network is shady remains to be seen. But the fee mistake is a different story and what the organization does with the money could benefit a charitable group or development project if no one claims the funds. If the money goes to the Bitcoin Foundation, it could be the injection needed to get the nonprofit back on its feet as that scrutinized group was revealed to be broke earlier last year by former members.

What do you think the BitClub Network should do with the funds? Let us know in the comments below.

Images courtesy of Shutterstock, the Simpsons, and the BitClub Network Website