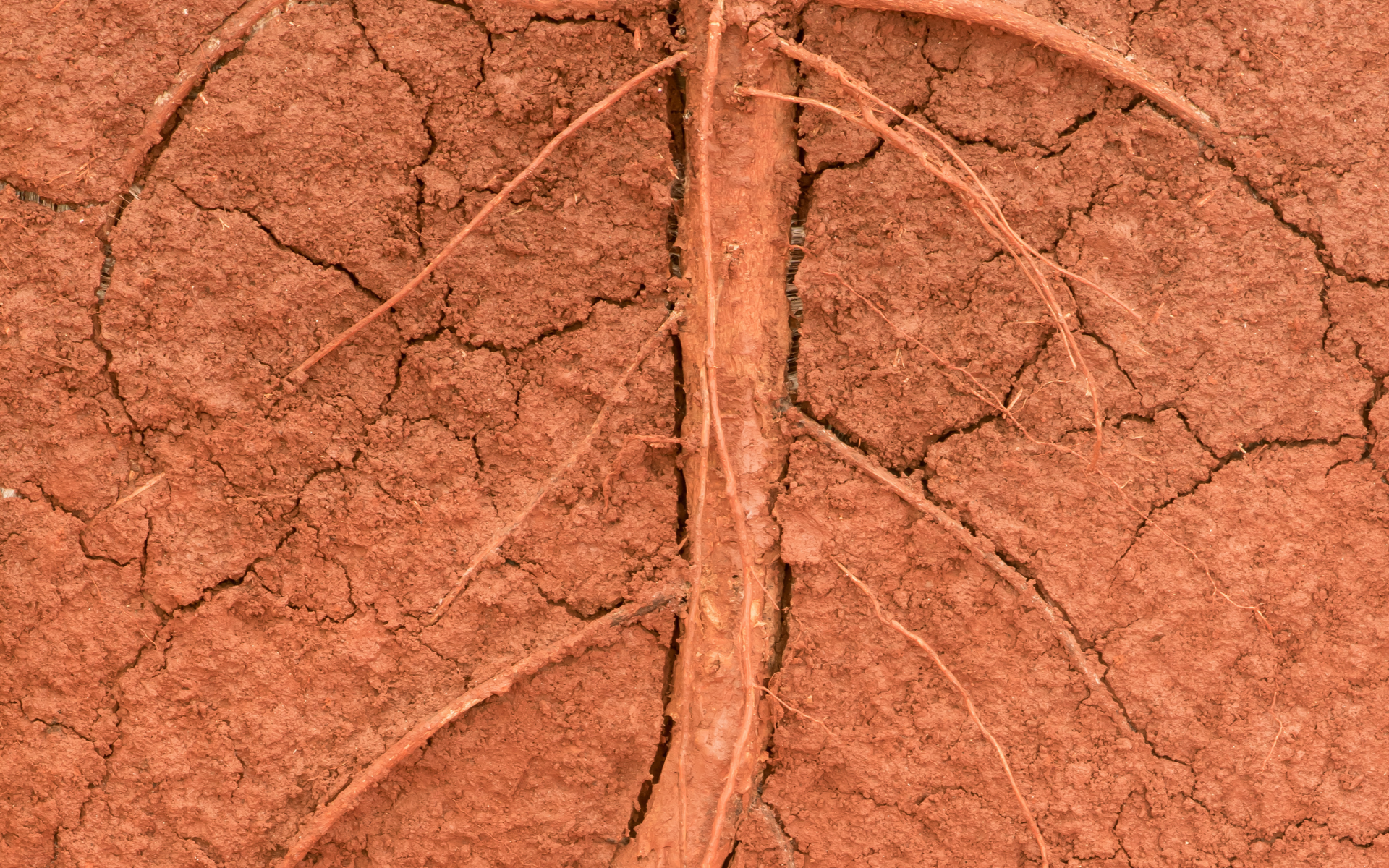 Several new softfork proposals were posted by the Bitcoin developer and SegWit inventor Pietr Wuille this week. Dubbed ‘Taproot’ the upgrade has almost no downside and will help facilitate the Bitcoin lightning network that is increasingly being adopted. 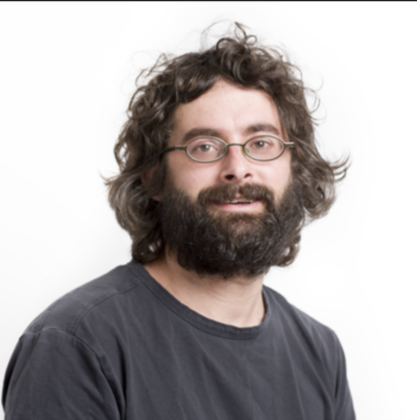 This method contrasts with the inefficient use of separate signatures in the current system. The result of such an implementation is a reduction in both space savings for the network as well as faster verification times.

Bitmex Research estimates that using Schnorr signatures could lead to a 13.1% space savings based on UTXO count alone if fully implemented.

As proof, the graph below shows the growth of multi-signature wallets. 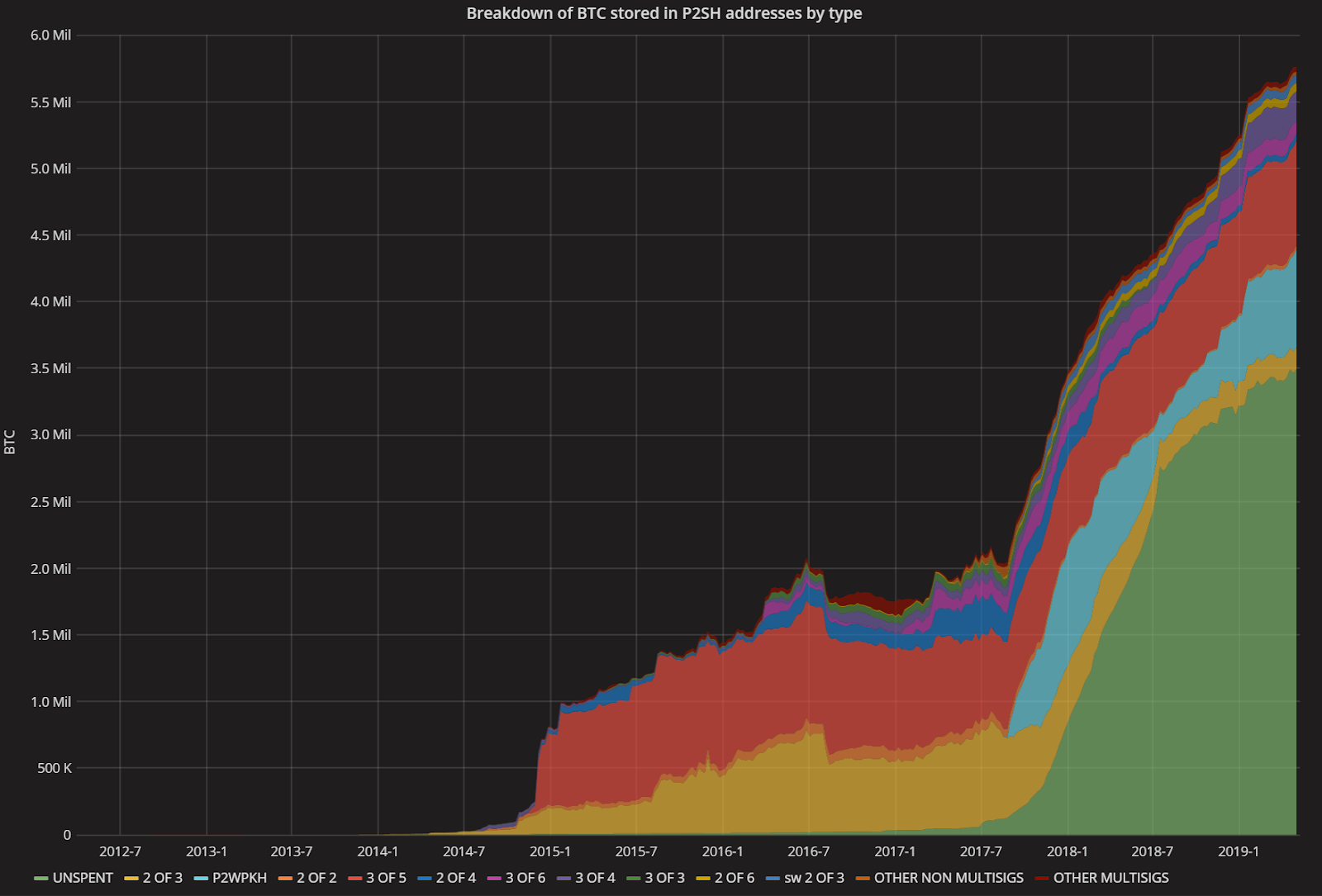 Moving in tandem with the lightning networks implementation, the number of nodes running on the new P2SH type addresses also shows a strong trend of adoption. Therefore, using both could be an important (and perhaps inevitable) step for the continued growth of the Bitcoin ecosystem.

It should be noted that the above graph only shows nodes with active channels, and therefore does not represent the total number of Bitcoin lightning nodes.

Another softfork idea proposed by bitcoin protocol developer Dr. Johnson Lau in 2016 to reduce blocksize was to structure transactions in a Merkle tree as seen below. Called MAST, the idea was introduced in a research paper titled “The art of making softforks: Protection by policy rule.” 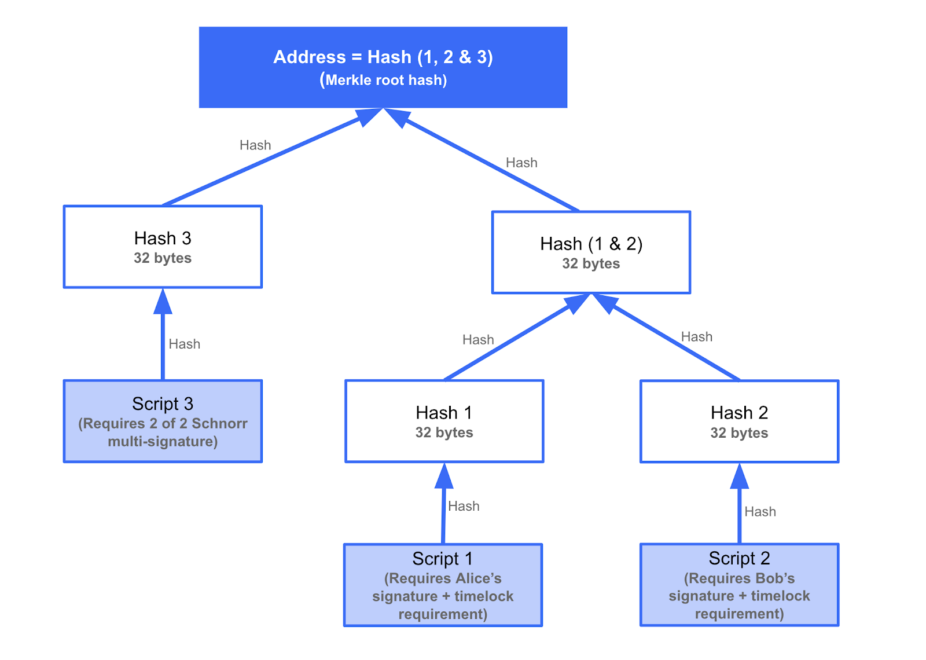 One inefficiency of this model, however, is that it still relies on two hashes to operate, as well as exposing the network to potential privacy issues by third parties. It would also incur an additional 32 bytes of data for signing transactions.

Solving the original Merkle tree’s inefficiencies and privacy concerns, Taproot was suggested. The idea came from Bitcoin developer Gregory Maxwell in an email. The difference between the two systems is that in Taproot, only a single signature is required. This version also hides the fact that a Merkle tree exists.

The additional 32 bytes of data is also no longer needed while also emulating the network’s existing public key and signature structure except in a more optimized manner. 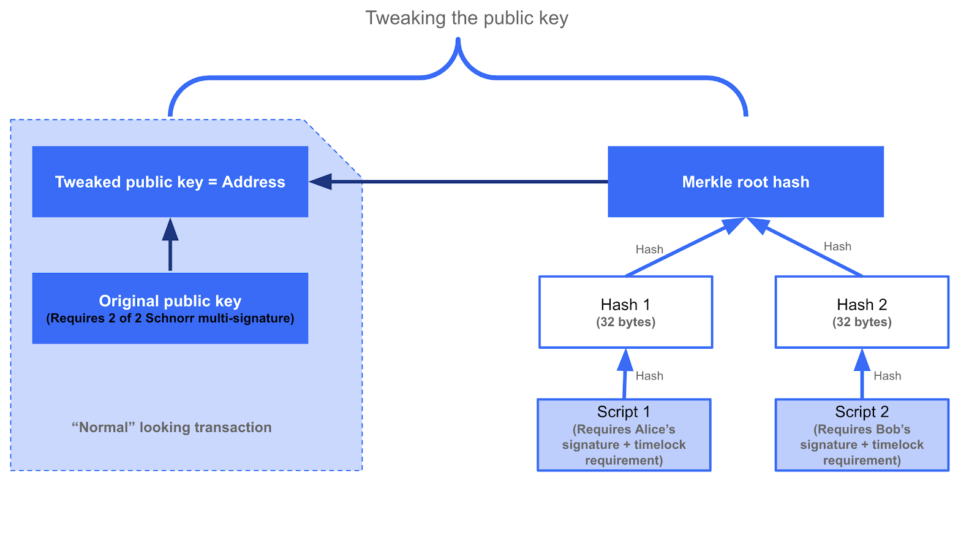 The proposed softfork implementations will help the lightning network scale with additional functionality and space optimization. Patience, however, will be key as this latest softfork upgrade could take some time to see the light of day despite there being “almost no downsides.”

What’s the most important upgrade out of these proposed? Share your thoughts below!

Rapidly Growing Bitcoin of America Expands Its Territory Into Tennessee

Bitcoin is the first and a truly peer-to-peer, decentralized cryptocurrency. Part of what imparts Bitcoin and its underlying network value is the fact that anyone in the world can...