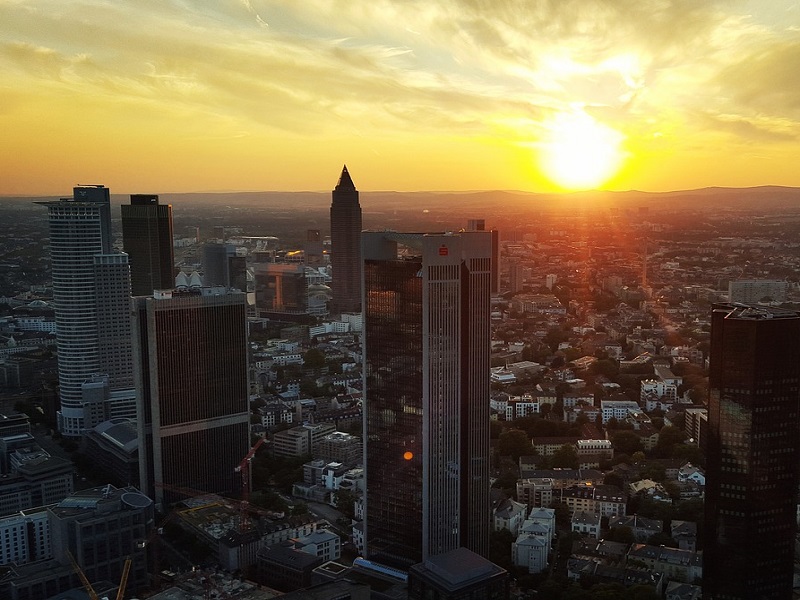 After showing its strength to a massive public scope from traditional media, the bitcoin price has started the next climb, which is set to double quotes during December 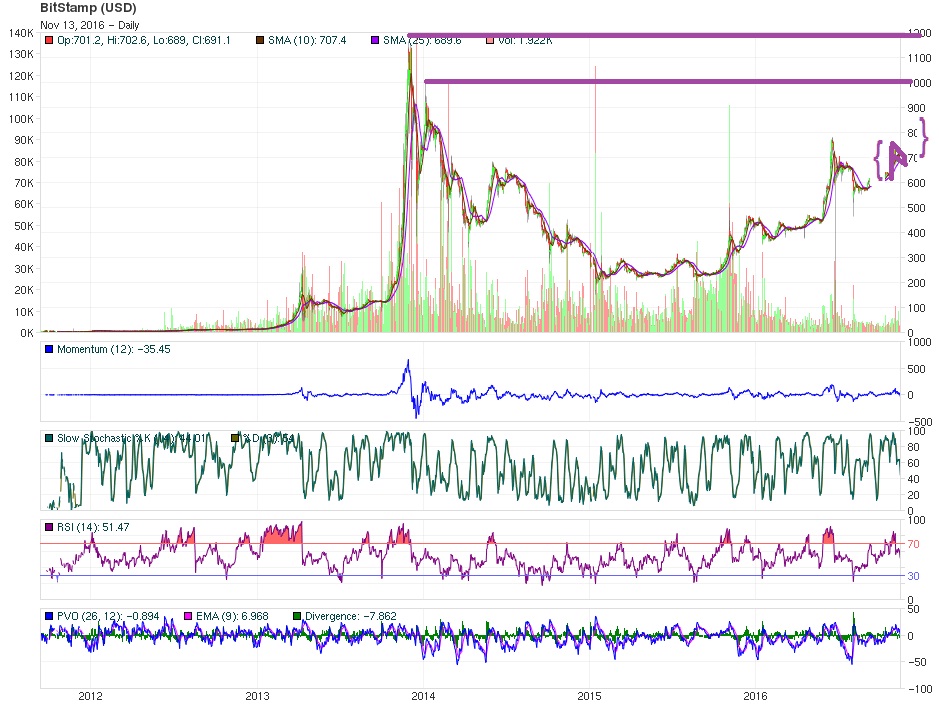 Prices built an intermediate level at $700, creating a premature lateral sideways market, which was estimated to form at a higher level, increasing volatility in a big flag pattern.

Once the flag pattern appears, we should see another short climb to the technical objective at $820 and beyond. If this forecast comes true, then the euphoric bubble would be on, doubling the present quotes before the end of 2016. 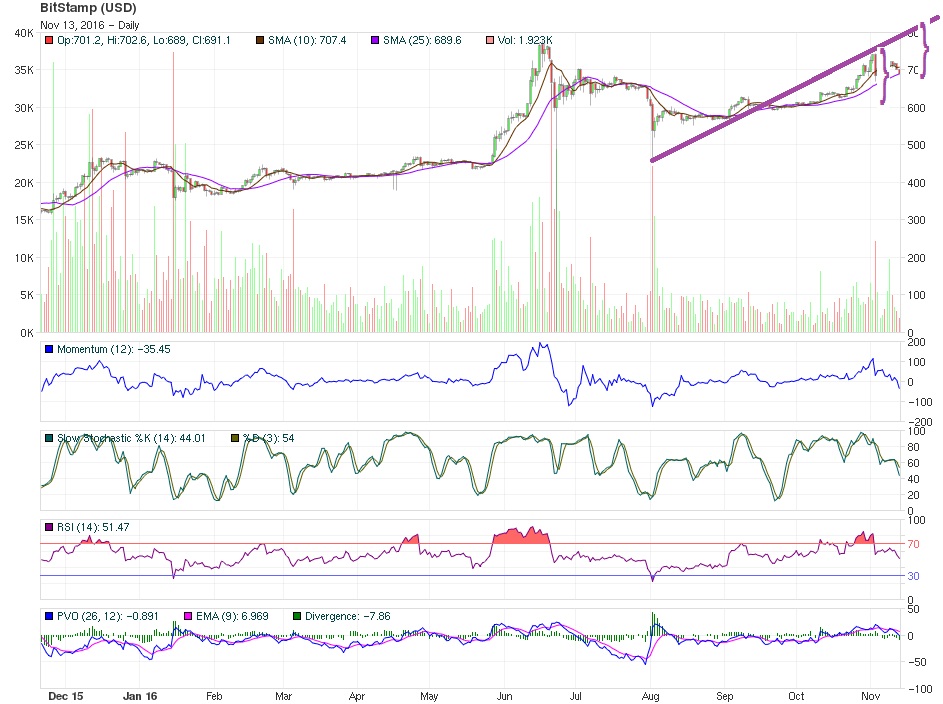 Since August 2016, the bitcoin price has been synchronizing with a rising 45-degree axis.

Now, among several confusing patterns and false signals, the easiest thing is to assume is that the synchronization is about to be completed, backed on fundamental market data and political factors.

Once it happens, we can expect the ensuing action to drive the bitcoin price to $1000 territory and beyond, repeating the same pattern that occurs between May and June 2016. 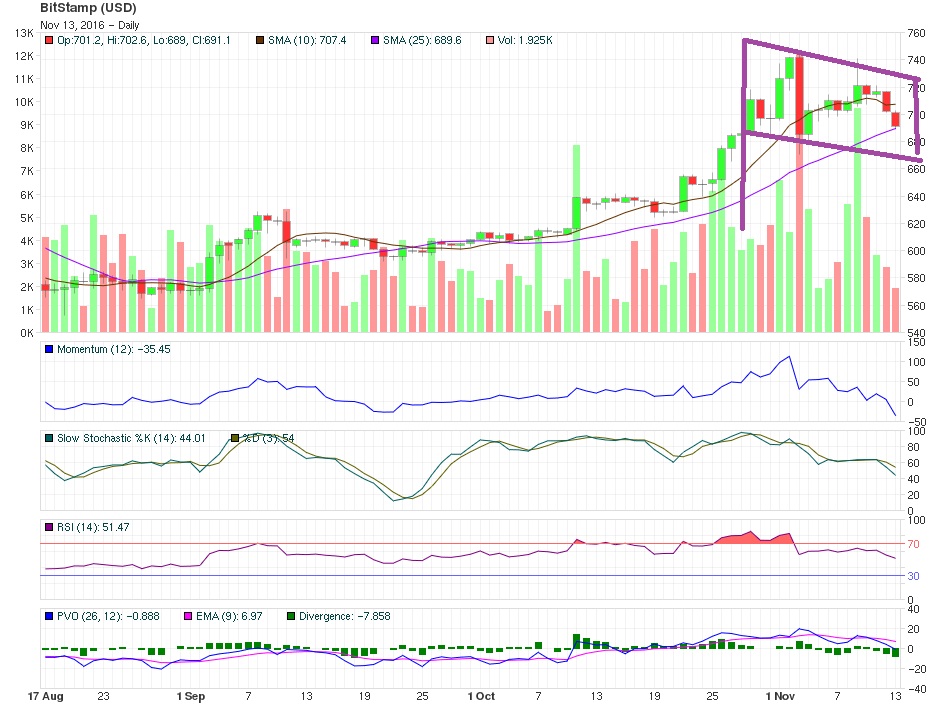 A lot of technical patterns are overlapping at the same time, but according to indicators, the big flag pattern could breakout to the up side.

While news headlines and social media bring a lot of information about Bitcoin to the public, big players like investment funds, asset managers and banks are making markets behind the scenes.

Taking the present and future of the world economy into consideration, these investors will push prices up, renewing demand and bringing new fintech products to the market.

What do you think will happen to the bitcoin price? Are we headed for a massive rally to $100 and beyond? Let us know in the comments below.