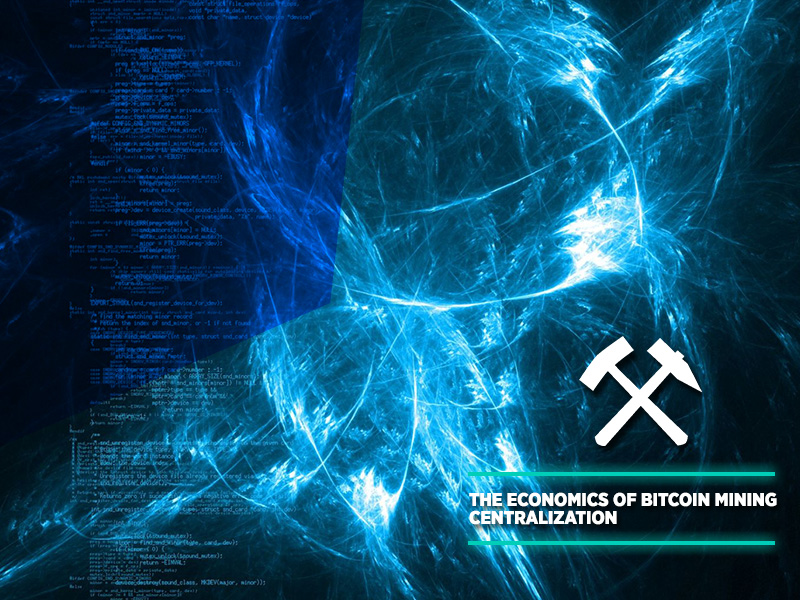 The Economics of Bitcoin Mining Centralization

Bitcoin mining centralization has been a point of concern in the community for a while now. People are worried that the growing size of mining firms will continue until one of them attains 51% or more of the network’s hashing power. Although a firm holding the majority of the hashing power would not inherently compromise the network, it would certainly centralize the creation of bitcoin and the confirmation of transactions. Such centralization opens the door for a 51% attack, in which a nefarious actor initiates a double spend. This particular attack is highly feared in the Bitcoin community, because a successful double spend would ruin Bitcoin’s reputation for being a trustless monetary system. 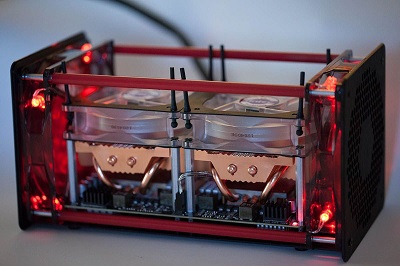 Because of the dangers associated with bitcoin mining centralization, community members have demanded a solution to growing mining firms. They say that, of course, the most ideal solution would be a change to the Bitcoin protocol that would place some kind of limit on the size of mining firms. However, there has not been a viable solution presented thus far. In the meantime, community members have been urging individual miners who use large mining pools to contribute their hashing power to decentralized pools, such as P2Pool.

The first — and arguably most important — step to finding a solution to bitcoin mining centralization is identifying the economic forces in play that cause the centralization. This article identifies these causal forces as those that make up the concept of “economies of scale.”

Economies of scale occur when a firm increases its scale of operation in order to produce outputs more efficiently and reduce costs. Each firm has an empirically optimal size; once a firm reaches this point, growing any further will actually create higher costs, as the costs of producing an additional unit of a good will go up for various reasons.

What does this concept have to do with bitcoin mining centralization? Essentially, miners experience economies of scale as they are forced to deal with rising electricity costs, which occur as difficulty increases. Thus, in order for a miner to stay profitable, he makes his operation bigger so that he can mine more efficiently, and produce more bitcoin, to meet the growing costs of electricity. The miner will continue to grow the size of his setup until he reaches his empirically optimal point, where the cost of adding another rig (the price of the machine plus the cost of maintenance and electricity) is greater than the value of the bitcoin mined by that marginal machine.

To keep in line with the reality of the mining industry — in which mining pools are dominant — small-to-medium sized miners will lend their power to a pool in order to minimize their costs and maximize their revenue. These pools will grow until the cost of adding an additional miner (server space, website bandwidth, etc.) outweighs the revenue that the marginal miner gives to the pool operators.

This process of firm growth will continue until the miner, or mining pool, reaches its empirically optimal size, which may be at a point where the individual or pool controls 51% or more of the network’s hashing power.

Fortunately, as long as mining pools remain the primary avenue for taking advantage of economies of scale, there will be a sort of “built in” check on hashing power centralization. Miners know that the Bitcoin community will begin to lose confidence in the network once a single pool reaches 51%, and will start to sell their bitcoin holdings. This liquidation will force the bitcoin price down, thereby decreasing mining profitability. Taking this into consideration, individual miners will pull out of the large pool and direct their miners at smaller pools.

We saw this happening in the summer of 2014, when GHash.io attained 51% hashing power. Almost immediately after GHash reached 51%, there was a massive selloff on the exchanges and the bitcoin price went down considerably. This price decline — combined with some aggressive encouragement from the community — led miners to connect their rigs to smaller pools. Consequently, GHash’s hashing power fell by approximately 20%-30%.

Ever since the panic over GHash in the summer of 2014, bitcoin mining pools have had a relatively safe distribution of hashing power. This distribution is an example of rational economic incentives at work; members of mining pools do not want a pool to have a large share of the networks’ hashing power for too long, because it could lead to decreased profitability due to panicking bitcoiners. Thus, miners are encouraged to contribute to smaller pools in order to take power away from the larger ones. As a result, the distribution of hashing power becomes more even across the various pools.

This “built in” aversion to mining centralization relies on the existence some very strict empirical conditions that are not likely to persist forever. Therefore, the community prefers that a more permanent solution be found.

Some people think that a strong solution would be to keep the 1MB block size limit in place forever. Supporters of the current limit argue that it would keep miner fees high after all the bitcoin has been mined, which would subsidize smaller miners and protect them against larger firms that could absorb lower fees. However, as I have argued elsewhere, keeping the current block size limit will not stop mining centralization. The cost minimization brought about by economies of scale will tend to increase firm size in times of increasing mining profitability, and will place those large firms at an advantage when profitability falls. Either way, mining will tend to centralize regardless of miner fees.

The solution, then, must come from something that decreases the overall cost of bitcoin mining. I can think of two possible forms in which this solution could present itself. First, the Core developers could switch Bitcoin’s hashing algorithm from Proof-of-Work to something that uses less electricity. Second — and more likely in my opinion — bitcoin mining hardware technology could improve in a way that allows rigs use electricity more efficiently, diminishing the cost.

Whether or not a solution will be found depends on the market. If people truly want to see centralization diminish, they will invest resources into the improvement of bitcoin mining hardware. On the other hand, if people would rather see merchant solutions, or other things that make spending bitcoin easier, then mining will likely continue to centralize. It all depends on what people want Bitcoin to ultimately become.

How do you think Bitcoin mining centralization can be solved? Let us know in the comments below!