The price of Bitcoin has been slowly dipping downwards since Wednesday, March 2nd and Monday’s spam attack fiasco. The price had previously wavered within the USD $430-440 range up until late Tuesday after the network problems. Now the price has fallen below the sub $400 level and is showing signs of volatility.

Also read: IOTA: Internet of Things Without the Blockchain? 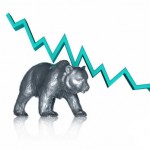 The Bitcoin Price Drops Below $400

On February 29th, 2016 the network had what some called a spam or fee attack which slowed trades down and left many unconfirmed transactions in the mempool. I personally waited three and a half days for a large sum of coin I sent over the blockchain for a small two-cent fee. This day had caused very emotional outbursts from people on forums from many in the community concerning the block size debate. However, the network hiccup had done very little to the price over the course of 24 hours as people may have been scared to transact. The following day on March 2nd saw record transactions with the start of a slight dip in price value per BTC.

Since this event, the price has been somewhat volatile and looking quite bearish. Mainstream media outlets portrayed the event as a disaster and depending on what you were reading this week opinions varied considerably. Infighting between developers and industry executives has gotten worse, and many people just want action. Coinbase CEO Brian Armstrong attended the Satoshi Roundtable in Florida and walked away seemingly upset about consensus. Armstrong states in his latest blog post that the Bitcoin Core team is a “systematic threat.” Others had disagreed with Armstrong’s opinion and felt things are going to be alright. 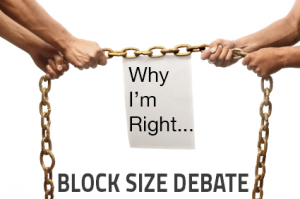 With the back and forth arguments, ideas and consensus meetings it’s been quite the confusing road for those not able to follow the debate day after day. As usual Bitcoin moves forward but swarms of private blockchain news continue to be heard throughout the community. The altcoin Ethereum has increased its value exponentially over the past few days and has risen to a height of over $11 per ETH at the time of this writing. Some have said because of the bad news in the Bitcoin world users could possibly be slowly trickling into the Ethereum market cap.

At press time, the current price of one Bitcoin is $395 and has seen some resistance at this level moving downwards. Discussions about the block size debate have grown even more popular each day, and conversations about implementations are frequent. Most of the community seem relatively optimistic about the price and network issues on February 29th. As the Bitcoin blockchain rolls on and the block size conversation continues people wonder what’s next in this crazy world of cryptocurrency. Whatever the case may be it’s always interesting in Bitcoin land.

What do you think about Bitcoin’s current price? Let us know in the comments below.