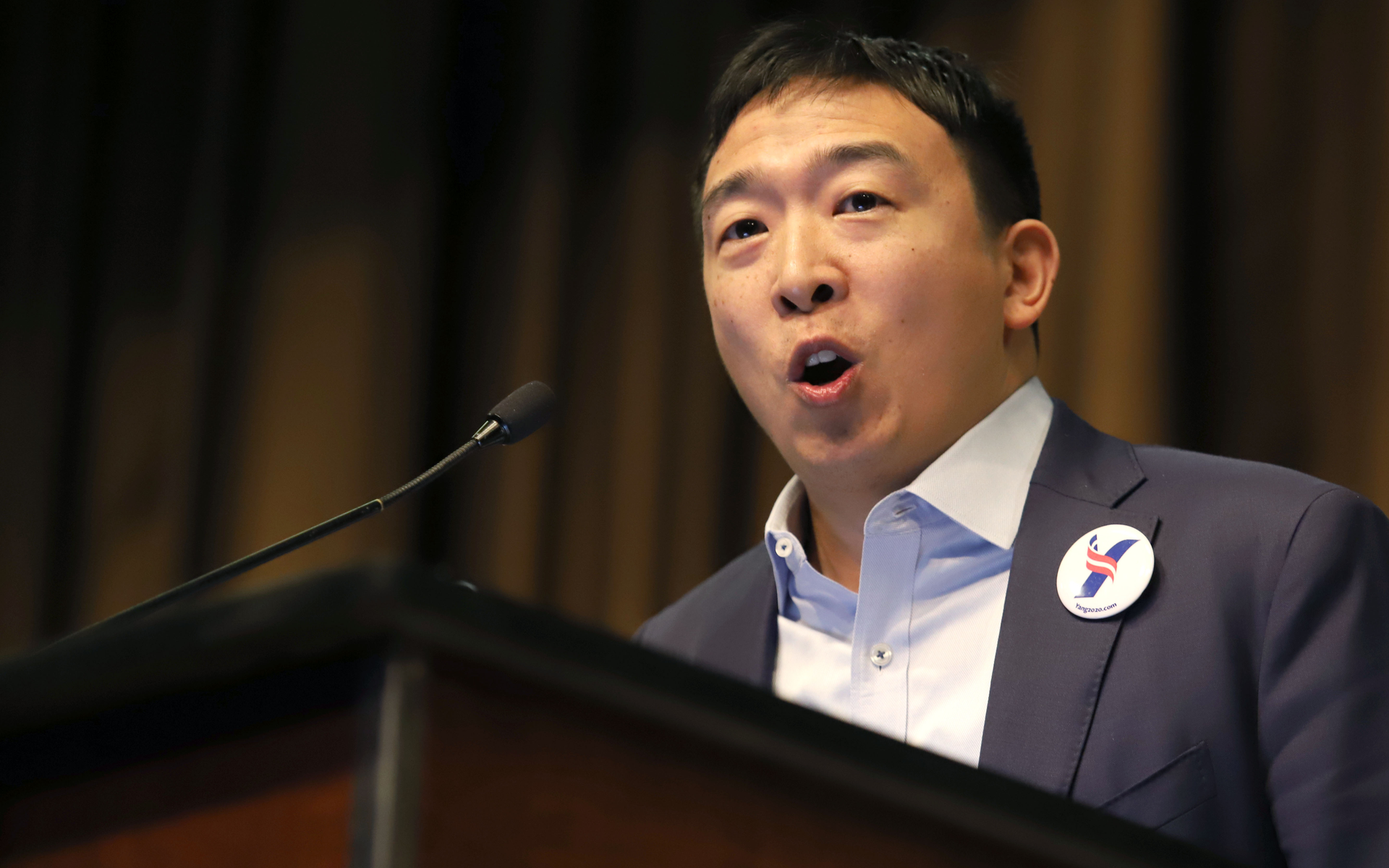 To be fair, Andrew Yang was always something of a long-shot. But he was gaining the respect of a handful of technologists, humanists, and the Bitcoin community as well. Until yesterday, that is, when he either got his Twitter account hacked or just randomly decided to post one of the dumbest tweets ever.

Three small words with a lot of meaning. That’s all the tweet said, not in reply to anyone or anything but a standalone voice of opinion:

If this is the U.S.’ best shot at a Bitcoin-friendly president in 2020, it looks like we’re fresh out of options. His comments unsurprisingly whipped up a Twitter storm of replies, most of which were also three words.

Digital Asset Director at VanEck Gabor Gurbacs replied, along with many others:

There were the usual GIFS and memes and murmurs of disbelief. Others simply looked on agape at the horrific statement made by the “Bitcoin-friendly” Democratic candidate.

The Basis of Yang’s Presidential Campaign

Yang is basing his campaign on two key things. Firstly, that he is the opposite of Donald Trump (Asian and likes Math). Secondly, his Universal Basic Income (UBI) policy.

If Yang is elected, he will award every American adult $1,000 a month just for breathing. He calls this a fair policy to protect workers against the unstoppable march of AI robots.

Whether it’s a great idea to give a grand a month to a meth head and what effects this type of policy could have on inflation aren’t really concerning to the Bitcoin community.

Bitcoin advocate Max Kieser even came out in support of Yang. His seemingly ludicrous monetary policy could be an intentional plan to drive adoption of Bitcoin as a store of value as the dollar value erodes.

Yang’s knowledge and affinity with Bitcoin go back to at least 2013. Moreover, last month, he publically came out in support of Bitcoin and cryptocurrencies.

He said that if he were elected, he would adopt clear federal regulation along the lines of the state of Wyoming and the Token Taxonomy Act. He would also abolish the “onerous” New York BitLicense.

All this understanding of Bitcoin and all this support seem entirely at odds with that ghastly tweet.

So, Then, This Piece of Paper Beats Bitcoin?

With his track record until now, coming out and saying that “Cash is king” seems entirely incomprehensible.

How can cash be king when it can be printed out of thin air? What about mining economics and scarcity and the vast superiority of Bitcoin over fiat? To use the words of Morgan Creek Digitex co-founder, Anthony Pompliano:

Imagine if daily printing of US dollars was suddenly cut in half forever. Bankers would be FOMOing even though USD isn't a scarce asset.

Now imagine what they're going to do when the daily Bitcoin supply is cut in half for one of the scarcest assets in the world.

This leaves just two possibilities. Either Yang’s Twitter account was hijacked by a Republican or fellow Democrat candidate in this race aiming to smear his image or… He doesn’t, in fact, understand Bitcoin at all, something that would put him at immediate odds with blockchain policy advocate in Wyoming state Caitlin Long.

If you don’t understand how fiat money works, you’re not qualified to judge whether cryptocurrency will be successful or not, period.

1/ "If you don’t understand how #fiat money works, you’re not qualified to judge whether #cryptocurrency will be successful or not, period." https://t.co/AYVjcW2ApA

Equally, if you don’t understand the mechanisms for mining, the underlying technology that powers cryptocurrency or the economics of scarcity you aren’t qualified to tell anyone why it is a revolution.

Sorry folks, it seems that Andrew Yang might not be our guy, after all.

Would Andrew Yang be a boon for Bitcoin if elected? Share your thoughts below!