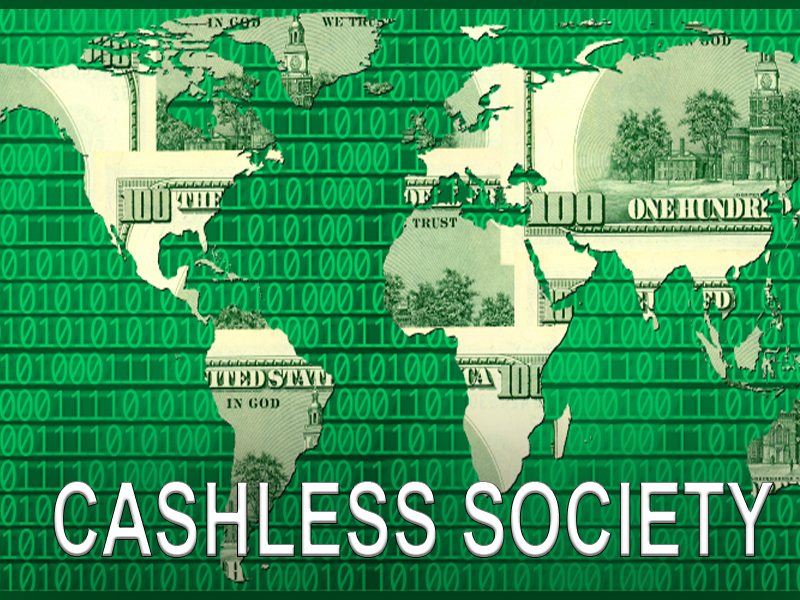 A society without physical money is already becoming very apparent in our world. Most people do not use cash or checks like they used to 20 years ago. Currently, there is only 8% of hard physical cash represented in the world, and the rest of our money is pure digits. It’s not hard to see that this is a reality as people use mobile banking, debit cards, and online payments. People can go for quite some time without using cash at all this day in age, and it’s increasing in popularity every day. 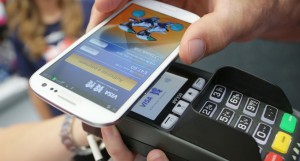 So within the cashless environment that’s growing globally what are the choices available to individuals? There are a vast amount of options, but they all have contrasting differences that are very apparent. With the U.S. and the U.K. showing signs of increased popularity for cashless transactions, banking executives and certain technological giants want to drive this trend of digital trade higher and increase its potential.

Services such as Barclaycard, Apple Pay, Android Pay and just recently Samsung Pay are popping up in stores everywhere. Frictionless applications are taking the idea of physical cash transactions out of the purchasing equation, and centralized services are reaping the benefits. The problem with this is that these entities are using these new emerging services to track and identify users and harvest this data to continue its parasite economy. These services are maybe frictionless in the payment processing environment however behind the scenes they are very much tethered to centralized entities. 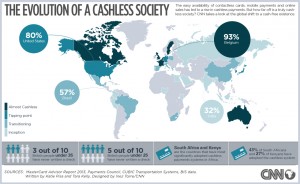 The service provided by tech giant Apple is a mobile processing provider applicable to iPhones and compatible iDevices that let users make digital payments. Apple applications offer usage in the U.S. and various regions around the world. Just recently the service was introduced into U.K. markets with a few initial problems. Apple Pay works with a user applying a credit or debit card to its payment application that is controlled by Apple’s server. The service states that it keeps customer payment and retailer data private with its unique “dynamic security code”. By adding this method, Apple claims that it will not track usage and data would remain between the two parties. At brick and mortar venues, points of sale are authenticated through the iDevice with the touch of a fingerprint using Apple’s Touch “ID sensor”. The problem with this system is that its centralized server that can collect data, act as authorization and the ability to freeze accounts held indefinitely. Trusting in the company’s promises is a very hard thing to do in an NSA environment such as today’s.

Android Pay is Google’s second attempt to tackle the cashless payment processing world. The company replaced its older version Google Pay with its mobile application which uses NFC (Near Field Technology) to transmit payment data and authorizations. The same method applies to Android Pay whereas users load their debit and credit cards to work with them in virtual realms. Android Pays system uses pattern, password/pin, and fingerprint services to secure transactions. Google is another centralized service that claims it does not monitor its user-base. Despite this claim, it has been reported by various media sources that Google has been an arm for the special government agencies for quite some time. 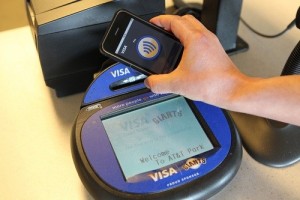 Samsung has been in talks regarding its new mobile processing platform for a while now. It wasn’t until the Galaxy 5 release that information surfaced about its payment protocol. The application also requires users to load ‘supported’ debit and credit information and also can be loaded with gift cards. Samsung works in stores that use NFC technology at its point of sale kiosks. With the NFC Tech added to its service it additionally uses a protocol called MST (Magnetic Secure Transmission) which emulates actual physical credit card swipes. Samsung Pay is also a centralized application through Samsung’s server that monitors transactions but also states that it keeps the information private. If the server within Samsung’s application or any centralized service for that matter is compromised, it will reveal millions of users private data and information.

The UK-based financial magnate Barclays has released two different enhancements to the contactless payment world. The service offers Quick Tap NFC to its Mastercard banking applications and a free mobile contactless sticker for Visa. The sticker provides a similar method to the cashless arena but is only for Barclay Visa users through its PayTag products. The service only works with Barclay approved environments and connects with its own card services. The server is completely centralized and monitored by the UK bank’s team which can authorize, and freeze the application at a moment’s notice. 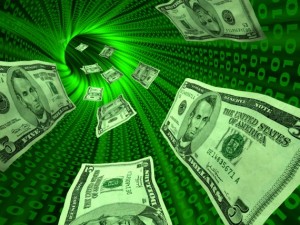 Bitcoin was created in 2008 is one of the first forms of digital value that can be transacted without the need for third party intermediaries. The system is self-regulated and self-secured by its inherent circular nature of simply confirming time-stamped transactions. There is no central point of authority within the creation of a bitcoin they are created by the confirmation of transactions within the system. At this current time a set of 25 newly created bitcoins are created when a block is found by a miner, and the blocks themselves are transactions looking to be confirmed. The system cannot create large amounts of digital money from thin air like the central banking system. Bitcoin’s protocol is completely open-source and owned by nobody. Within this decentralized nature of circular self-preservation is the basic trust that it operates in this manner and being a peer-to-peer network this can be validated.

Tracking bitcoins is possible however this takes far more effort from a central authority. Bitcoin addresses come with no names and addresses associated with them offering a more pseudo-anonymous environment and making surveillance increasingly difficult. Because the value is transacted with and recorded from a public environment the information is voluntarily given by its participants. Those who wish to take various methods of anonymization to the next level can by hiding IP addresses, using TOR, shuffling coins, and other cloaking techniques. This gives the user choice on whether they prefer privacy or transparency in the open peer-to-peer network Bitcoin has to offer. Bitcoin businesses are already producing NFC technology systems and debit card alternatives for the cryptocurrency environment and most of these organizations offer high-tech security far superior to the traditional banking methods of today. Many of these centralized services do not offer two-factor authentication and banks wouldn’t even know what to do with the idea of multi-sigs, and ideas like threshold signatures — for this technology is completely over their head.

When individuals use the bitcoin protocol this also gives them sovereign authority to make purchase and transact. There is no person or organization who needs to approve this trade except the buyers and sellers themselves. Accounts cannot be frozen by any entity and this cannot be said about the current traditional finance network. A business or group cannot reap the benefits of laying on extensive fees with cryptocurrency transactions because the only fees in the system of bitcoin are its self-preserving system. These fees are agreed upon by the voluntary community themselves and the miners in the network. They are also significantly less than the banking fees given today which can be as high as 12% as opposed to bitcoins less than 1% within most transactions.

The benefits of a purely voluntary network of digital transactions means that the implementation of corruption can be avoided or curbed. Because the body of users trusts and watches this system by agreeing upon its foundational characteristics the network thrives. This peer-to-peer system cannot be manipulated so easily, and data from it cannot be harvested in the centralized ways that Apple Pay and Samsung Pay use. The protocol gives the individual the advantage of controlling their money at a moment’s notice.

Bitcoin gives new meaning to how crowdfunding and technological trade can help areas of the world without resources faster. These ‘cashless concepts’ like cryptocurrency offer decentralization and a system that is controlled only by its voluntary activity. This system with all the attributes above is not tethered to a centralized issuer or organization. The new technological environment Bitcoin provides is a choice and an advancement for the people. As for the other centralized payment processors, well you can take their word for it…..

What do you think of the current cashless choices? Let us know in the comments below.