Bitcoin’s price sustained its spectacular momentum by remaining within its all-time high range during the week ending October 27, 2017. At the same time, the Dow Jones rose for the seventh straight week, fueled by technology stocks. Among these stocks, Nvidia, a Bitcoin and Ethereum mining device maker, was the strongest.

Bitcoin remains the best performer and the unchallenged leader among fiat and other digital currencies by staying within its all-time high price range. For the previous two consecutive weeks, Bitcoin’s price had been breaking all record highs.

Bitcoin started the week of October 23, 201, by reaching a value of $6,075 USD per coin, during intraday trading. On the same day, Bitcoin’s blockchain was split, creating a new cryptocurrency, Bitcoin Gold.

During the early hours of the new cryptocurrency, and for several hours, hackers crippled the Bitcoin Gold’s cloud site with a distributed denial of service (DDoS) attacks. As a result, Bitcoin Gold’s price descended as low as $127.79 USD. Similarly, Bitcoin hit a low of $5,403 USD.

Massive DDoS attack on our cloud site. 10M requests per minute. We are working with the providers to ban all the IPs. We will be up soon!

However, showing its usual resiliency, Bitcoin rapidly recovered, closing the week ending October 27, 2017 above $5,800 USD. Bitcoin Gold, on the other hand, closed the week at $119.58 USD. 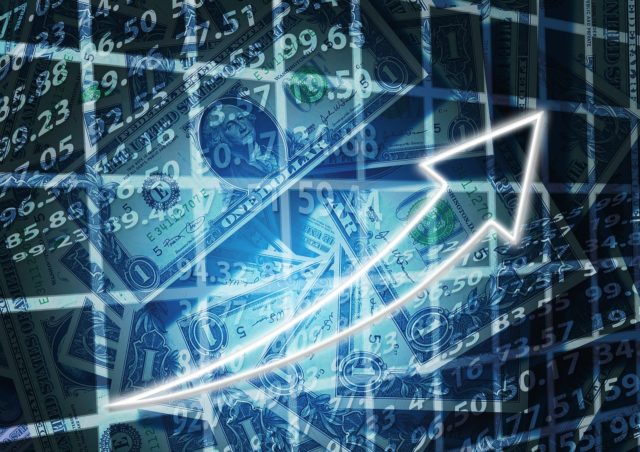 Certainly, Bitcoin is not the only financial asset about which investors are bullish. Indeed, the upbeat sentiment vis-a-vis financial markets also prevails intact, as the stunning data reveals for the week ending October 27, 2017.

Most financial experts agree that the technology sector earnings are fueling the extraordinary surge in the market.

And, the technology company that rose the most was Bitcoin-friendly Nvidia. In effect, Nvidia broke an all-time record again, closing at $201.86 USD per share on Friday, October 27.

For three weeks in a row, the value of both the stock markets and Bitcoin has soared. This is amazing news. However, as always, cryptocurrency enthusiasts and investors need to take precautions before investing.

Do you think there is a relationship among Bitcoin, technology companies, and the recent record high surge in the stock markets? Let us know what you think in the comments below.