by Taylor Scott
in Sports
0

Sports are not immune to contagion. FTX is another stark reminder, as fallout continues this past week – this time a sponsorship deal for a powerhouse soccer club and Amber Group. Meanwhile, more athlete-led NFT projects continue to unfold, and there’s another non-traditional sports sponsorship deal coming to the market.

Let’s dive into the top stories across sports and crypto over the past week.

Six-time NBA champion Scottie Pippen is the latest former pro to launch an NFT collection. In a tweet announcement shared from Pippen last week, he launched a new partnership with NFT platform Orange Comet and his first “NFT sneaker collection.”

The two will launch their first collaborative drop, dubbed the ‘SP33 Collection,’ on December 20. Included in the NFT will be 33 randomly selected recipients of a custom sneaker, while single winner recipients are eligible to be awarded with a hometown tour and dinner with Pippen, or a golf outing with him.

1,000 NFTs will be made available in this initial release. In the announcement’s press release shared with Bitcoinist, Pippen stated:

“I’m deeply committed to staying connected with audiences everywhere and the metaverse is making that possible by enabling unique and out-of-the-box moments that bring people into my world on a personal level. This is such an interesting time in culture and it’s been an eye-opening journey learning about web3, and then getting to work with Orange Comet’s creative team to launch this special and personal collection that speaks to the future of fan engagement and sneaker culture.”

Talent partnerships have been a major point of emphasis for Orange Comet, as the platform is fresh off of launching a collection with Anthony Hopkins in recent months, which was very similar in structure to this latest Scottie Pippen release. Orange Comet could very well be seeing success with it’s model of limited-release, limited-chance, high-ceiling experience NFTs – we wouldn’t be surprised to see the platform continue to roll these out with celebrities and artists across sports and beyond.
Featured image from Pexels, Charts from TradingView.com The writer of this content is not associated or affiliated with any of the parties mentioned in this article. This is not financial advice. This op-ed represents the views of the author, and may not necessarily reflect the views of Bitcoinist. Bitcoinist is an advocate of creative and financial freedom alike.
Related Reading: The Block CEO Resigns After Ties With FTX Come To Light 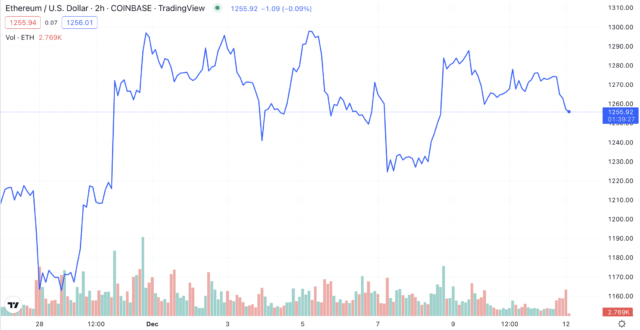 We’re not strangers to non-traditional crypto-related partnerships, and we don’t shy away from sports that fall outside of the ‘big 4’ here.

The latest this past week came courtesy of the New York Racing Association (NYRA), who announced a new “Official Blockchain Game and Metaverse Partner” earlier in the week with Game of Silks.

Game of Silks is a thoroughbred horse racing NFT game that is built on Ethereum, and uses real-life data. It’s an especially unique partnership with a substantial player in the space: the New York Racing Association is a 65-year-old not-for-profit that operates the three largest Thoroughbred horse racing tracks in the state of New York.

A press release shared with Bitcoinist detailed that the NYRA will utilize two digital properties, America’s Day at the Races and Saratoga Live “to provide Silks owners with the latest news, data and information on the Silks metaverse.” The shows are meaningful in the world of horse racing, and both are broadcast on FOX Sports.

Dave O’Rourke, NYRA President & CEO, said that the game “presents its players with a fascinating and entertaining challenge by gamifying racehorse ownership in a completely new way,” according to a statement included in the press release.

FTX contagion has spread like wildfire. Early in the unfolding of FTX’s demise, it was the most obvious dominos to fall in the sports sector – the direct sponsorship deals. Signage from Miami’s FTX Arena, branding and usage of esports organization TSM, and athlete sponsorship deals with superstars like Steph Curry and Tom Brady all disintegrated at rapid pace.

Contagion follows, and it was featured this week courtesy of Amber Group: the venture capital firm cut off it’s roughly $25M deal with European football club Chelsea FC. For Chelsea, the deal can – and will likely be – replaced in relatively short time. For Amber Group however, concerns span to much more impactful matters than a short-term sports partnership.

The firm is rumored to be facing substantial concerns around exposure to FTX, though to what degree and in exactly what way are still unclear. The firm also reportedly shut down it’s retail operation and let go of roughly 40% of staff over the past week.

Related Reading: FTX Gets A 3-Month Grace To Quit All Operations In Japan
ShareTweetShareShare