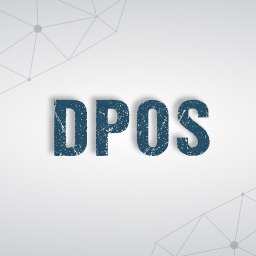 What is delegated proof of stake?

“(DPOS) Delegated proof of stake is a new consensus algorithms that allows shareholders (or the users of the system) to have control over who is certifying the ledger. it allows us to have 10 second block times, process 10 transactions per second or more, and allows the network to scale; to have dedicated nodes that are highly efficient and specialized yet remain in control of the shareholders. We can actually have 10 second confirmation on your blocks that is more secure than bitcoin.”

How is DPOS different than proof of stake or proof of work?

“Proof of work is the idea that whoever is willing to burn the most money is the most secure network, and a hacker has to burn more money than everyone else combined. Proof of Stake is the idea that the holders of the coin or system should have the role and responsibility of securing it… Energy is what powers proof of work; shares in your DACs is what powers proof of stake. There are many ways of applying your stake to secure the blockchain, but delegated proof of stake is you appoint someone else to secure the network on your behalf — and these would be the delegates. There are 101 delegates; they take turns producing blocks in a random manner every 10 seconds.”

Is DPOS vulnerable to a 51% attack?

How fast is DPOS compared to other systems?

“…we can actually produce a block exactly every 10 seconds with no variability unlike some other systems. And because of the way the system works you have complete confirmation with almost zero likelihood of any blockchain forks in just 10 seconds. It’s as fast and as secure as Ripple, only more decentralized.”

What will this technology do for the world?

“Delegated proof of stake means that anyone can launch a new chain, it removes barrier to entry, and provides high performance at the same time. It’s going to completely change how these systems are built in the future, and I think it’s the best system out of the alternatives out there. Delegated proof of stake and the BitShares toolkit will allow many more decentralized applications to be built.”