“The digital currency market in Brazil is still in its infancy,” said Marcelo Miranda, founder of BTCFlow.  “However, we are seeing aggressive growth and adoption in other markets, and have no doubt Brazil will follow suit.”

BTCFlow was founded by Marcelo Miranda, a nine-year veteran of the Brazilian division of Deutsche Bank. While at Deutsche, he was the head of equity trading for Brazil. Spanning all of his career, he has accumulated over 15 years in finance and technology.

He became interested in Bitcoin while working at Deutsche and started in his first bitcoin venture with the IXBTC index, a price index for the Brazilian market, in October of 2014. In an attempt to continue to grow the Brazilian bitcoin market, he has turned his focus to BTCFlow. 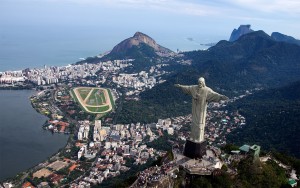 “In order for [growth] to happen, local users need a marketplace offering a premier experience buying and selling Bitcoin and that’s what we are going to offer with FlowBTC,” said Miranda.

The new exchange is part of a partnership with Ahplapoint, a back-end provider for financial services, serving several bitcoin exchanges. In order to overcome a lack of liquidity in the local market, BTCFlow will connect to Canada’s Cointrader and Mexico’s meXBT to help meet demand.

Miranda hopes that the Brazilian bitcoin market will mature, allowing the exchange to offer more advanced financial products and trading, like Coinsetter and LedgerX in New York.

The Brazilian bitcoin market has not taken off like its southern neighbor, Argentina, but has had a growing community since 2011. Several bitcoin exchanges already exist in Brazil, like Mercado Bitcoin and Bitex.la.

More recently, the Latin American Bitcoin conference (laBITconf) 2015 was held in Brazil’s second largest city, Rio De Janeiro. The conference attracted Bitcoin thought leaders and CEOs from all over the world, including the likes Of Bitpay CEO, Tony Gallippi and Bitcoin Core developer, Jeff Garzik.
Brazil country has outshone many other countries in the number bitcoin loans occurring within its borders. Only second to the United States, over 800 bitcoin loans have been given to Brazilians because of the much lower interest than those on loans offered locally. The average local interest rate can be close to triple digits and is not uncommon to go to 200 percent, while BTCJam offers loans between 5% and 20%.

What do you think BTCFlow will mean for Bitcoin in Brazil?