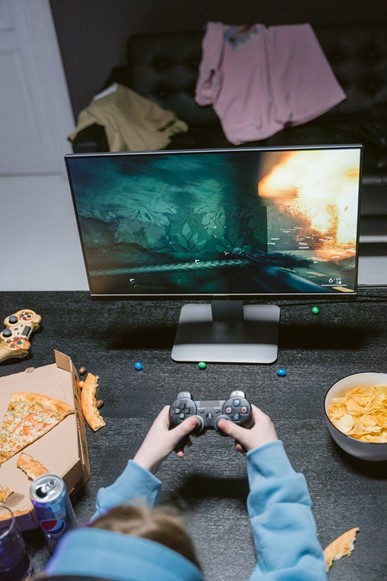 eGame Creates Ripples with its Listing on Coineal

The revolutionary gaming platform eGame, offering next-generation eSports initiatives on the blockchain, has recently been creating a lot of ‘buzz’, thanks to its listing on Coineal. The latter being one of the world’s leading crypto trading platforms, this announcement has taken over the world of blockchain by storm.

Making it to the “Global Reliable Crypto Trading Platform”

Coineal is a global leader when it comes to digital asset trading, and has attained that position in no time at all. The exchange was established in 2018 by a group of experienced blockchain investors and enthusiasts. With its primary focus on user satisfaction, Coineal believes in implementing a user-centric strategy in the fields of product design, operations and marketing.

Today, Coineal is ranked among the top exchanges on CoinMarketCap, CoinGecko and CoinHills. The safe, professional yet easy-to-use environment of Coineal has earned it a solid reputation across the globe. Simultaneously, it has also become the most influential digital asset exchange across multiple countries. Talking about figures, the trading platform boasts of 7 million+ users from more than 60 countries, and a daily transaction volume exceeding 500 million dollars.

What the Listing Means for eGame

The eGame platform has gained much popularity due to its features such as creating communities, providing insights, creating fantasy tournaments and engaging in safe betting. With this listing on Coineal, eGame has clearly opened up avenues for expansion and growth in its niche, taking another step towards sponsoring the growth of up-and-coming players all over the world.

The rapidly growing industry of eSports has already assumed a market size of millions. The eGame platform technology efficiently integrates the world of eSports with blockchain, thus bringing Smart Contract technology to the table. Its native token eGI helps players access a wide array of features, including tournaments, betting and more.

With the listing of eGame on Coineal, the former has added yet another feather to its already ornate cap. Its presence on the global digital asset exchange is sure to attract more and more investors, including those interested in the eSports segment as well as those who believe in its escalating future. At the same time, going with Coineal’s motto, eGame can expect an equal emphasis on localization and globalization in terms of reach and value.

Factors such as better computing power, telecommunication innovations and high-speed internet connectivity have played a crucial role in the development of seamless gaming and streaming for quite some time now. eGame, however, is adding to gaming experiences, blending interaction, community and market growth while dwelling on the power of blockchain.

Firstly, eGame is offering comprehensive solutions for overcoming the multiple challenges the eSports market faces today. From poor user interface and user experience (UI/UX) to delayed deposits and withdrawals, from lack of help documentation to shortage of customer support and security, eGame is trying to address these and several other common concerns of gaming platforms with its innovative technology.

At the same time, with its reliance on the decentralized and transparent medium of the blockchain, eGame is helping reduce the cloud over player compensation in eSports. More than just a platform, eGame uses cutting-edge blockchain technology to drastically reduce both transaction fees and fraudulent activity. Besides, it helps boost community engagement for gamers through online tournaments, betting, fundraising, digital sales and more.

The recent listing of eGame on Coineal has created a lot of ripples, and for all the right reasons. As the platform eyes greater investments, expansion and growth, the eSports industry is in for good tidings as well. In times when people are seeking more and more engagement online, eGame has the potential to disrupt the eSports fan interaction segment with its futuristic mission and tech.