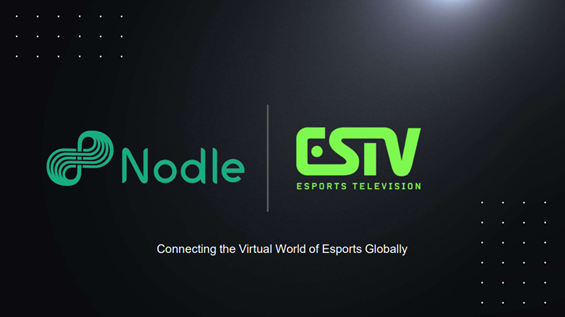 Nodle network announced on July 22 that it has partnered with ESTV, one of the leading eSports content streaming providers. According to the announcement, ESTV will integrate Nodle’s networking library with its upcoming mobile application to enable the platform users to earn Nodle Cash (NODL) while streaming games on the platform.

This partnership comes at a time when the Internet of Things (IoT) space is growing tremendously. Nodle’s citizen-powered decentralized infrastructure seeks to connect more devices globally by using Bluetooth Low Energy (BLE) to lower the cost of running nodes and enhance network privacy.

The ESTV partnership will expose, Nodle’s network to over 29 million viewers who stream sports on ESTV. Notably, this is the first time that Nodle network will partner with a firm in the gaming and esports industry.

“This will be one of our first major collaborations in bridging the Nodle Network to the booming world of gaming and esports,” said Nodle’s CEO and Co-Founder Micha Benoliel.

While watching sports is an exciting affair, Nodle’s partnership with ESTV will further enhance this experience by giving users a passive income. The announcement notes that ESTV will integrate Nodle’s networking library and promote the Nodle cash app throughout their global broadcasts.

Ideally, ESTV users will have the option to earn NODL tokens as they stream games. This will create additional revenue for both the users and ESTV, given that the earned NODL tokens can be redeemed for ESTV gears, amongst other offerings by the esports content streaming provider. ESTV Founder and CEO Eric Yoon noted that the partnership is a win-win for all involved parties,

“Global ESTV users will be able to earn Nodle Cash while watching live tournament events, as well as while enjoying our vast ESTV content library. The more our viewers view content on the ESTV mobile app, the more Nodle Cash they’ll earn. This partnership is truly a win-win-win for ESTV viewers and users, Nodle, and ESTV!”

Notably, ESTV users can also download the Nodle Cash app to run nodes with the support of low energy from their Bluetooth devices. In doing so, they further cement Nodle’s decentralized architecture while leveraging the opportunity to generate a passive income.