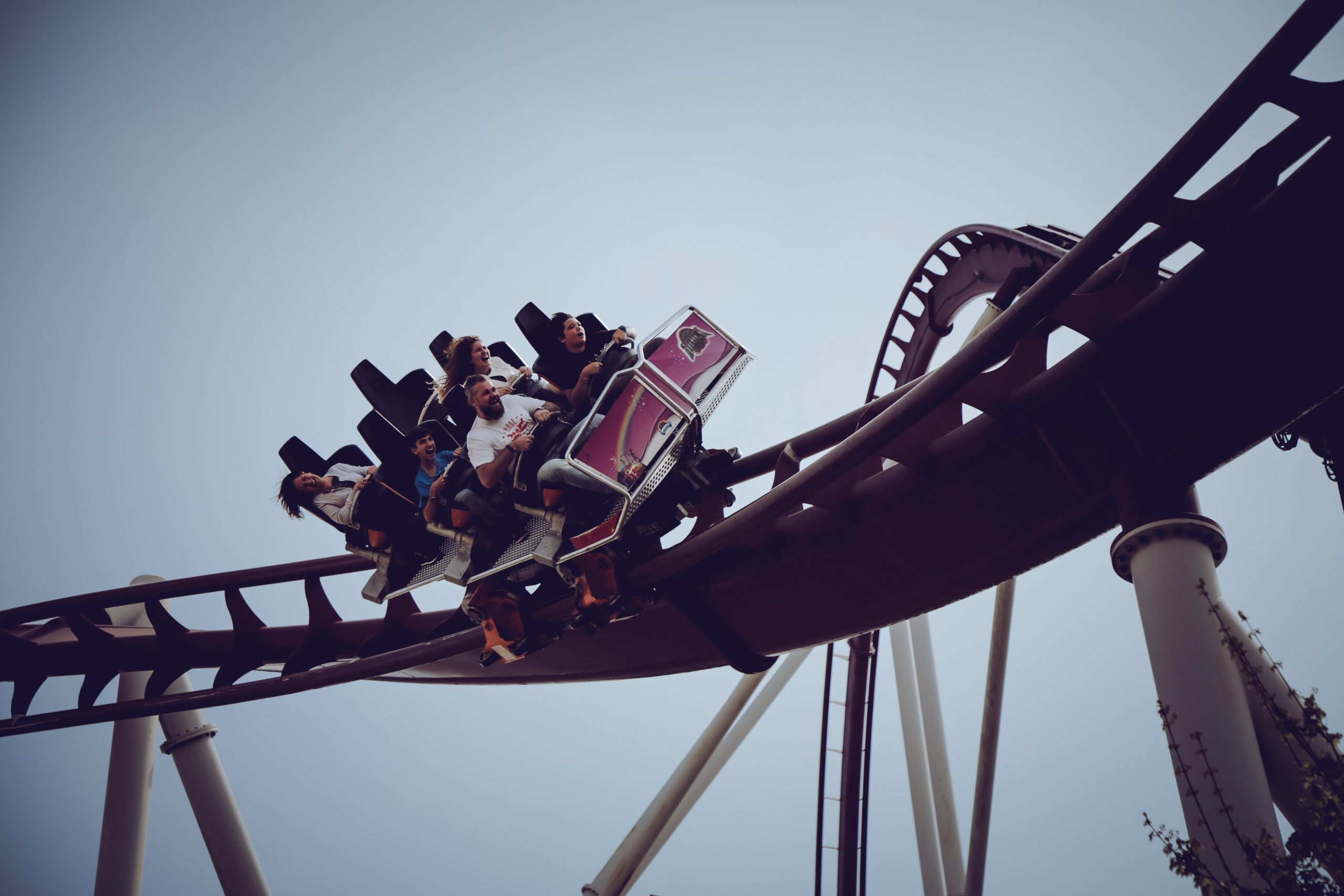 Ethereum is currently facing some mixed price action. Although the cryptocurrency is trading up significantly from where it was just a week ago, the firm rejection it faced around $450 during its recent push higher spelled trouble for its near-term outlook.

Sellers are now trying to force the cryptocurrency beneath a crucial level that could play a major role in its near-term outlook.

Analysts are noting that a weekly close beneath this level could be all that is needed for bears to take the reigns over ETH.

That being said, a close above this level could spark a continuation of its uptrend that allows it to climb up past $500 in the days and weeks ahead.

At the time of writing, Ethereum is trading down just under 2% at its current price of $425. This is around the price at which it has been trading for the past several hours.

Overnight, bears were able to push it as low as $410 before it was able to find any significant buying pressure.

Its dip to these lows was quickly absorbed by bulls, who subsequently sent it surging back towards its current price levels.

It is important to note that Ethereum still is trading up significantly from its weekly lows of $366 that were set earlier this week.

While sharing his thoughts on the cryptocurrency’s mid-term outlook, one analyst who forecasted Ethereum’s ongoing rally several months ago explained that he is closely watching to see how it reacts to $425.

He notes that a close above this level could send it surging up towards $500 or higher.

“ETH / USD: Seems as though bears are trying to get this weekly close below $425 which was my last major resistance level before we start running up towards $500+… Watching carefully to see where the daily/weekly closes…” 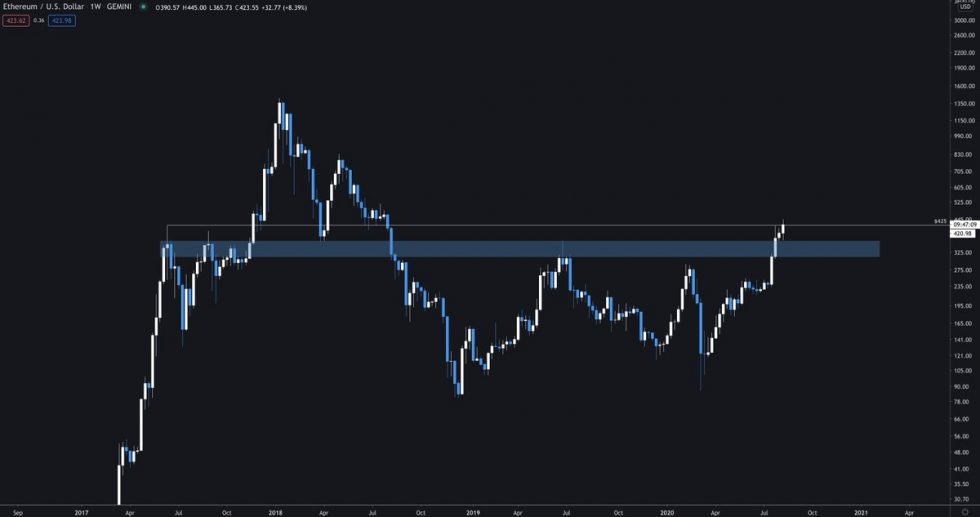 The coming few hours will be vital for better understanding Ethereum’s mid-term outlook.