The world of finance and banking has not seen much innovation over the past 50-60 years. Money has stayed the same over the decades albeit there might be a different King or Queen on banknotes and coins. The biggest financial innovation in the banking sector today — in the UK at last —  is the fact that 20 GBP notes will no longer be printed on paper, but will make the switch to polymer. 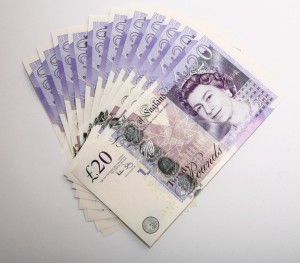 Every so often, new bank notes are introduced to citizens of a certain country or region. Not because these bills will feature a different denomination than before, but simply because bills are printed on paper, which is subject to tearing and damage. Government officials can’t have people paying with shredded pieces of paper that resemble fiat currency, can they?

In the United Kingdom, the most common tender — the 20 GBP note — will receive an upgrade in the very near future. No longer will the 20 GBP note be printed on paper, but a more durable solution has been found. Polymer, or plastic as it is often called, will become the new material on which the 20 GBP note is to be printed by the end of this decade.

This is not the first time UK currency has switched from paper to polymer printing. Back in 2013, an announcement was made regarding both the 5 GBP and 10 GBP notes, which are to be printed exclusively on polymer. These new bills will go into circulation by Autumn 2016 (5GBP) and an unknown date in 2017 (10 GBP).

The decision to have the 20 GBP note printed on polymer was made due to a public consultation indicating 87% of respondents being in favor of this change. Polymer offers another advantage other than increased durability, as it also serves as a measure to combat counterfeiting of bills. Counterfeit bills have plaguged countries all over the world for as long as they have been printed on paper.

“Experience from central banks that have issued polymer banknotes has been positive. Canada, for example, has seen a real reduction in counterfeit levels since launching its polymer series a few years ago. Polymer is also cleaner and more durable, leading to better quality notes in circulation.” 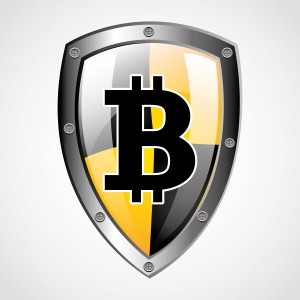 In recent months, various major banks around the world have started experimenting with blockchain technology. Doing so would enable these institutions to make the transfer of money around the world easier, cheaper, and far more convenient for all parties involved. One noticeable absentee from the list of participating banks is the Bank of England.

Barclays, one of the UK’s largest banks, has recently unveiled that it has over 75 members working on blockchain technology projects. With two Bitcoin hubs in the city of London — home of financial technologies — great things are expected from these projects, even though no details have been unveiled in regards to their nature or purpose.

What are your thoughts on this announcement by the Bank of England? Do you see it as a lack of innovation, or is your opinion entirely different? Let us know in the comments below!