Ethereum saw a sudden jolt higher yesterday afternoon that allowed it to post some notable gains.

Although the cryptocurrency has been trading sideways within a macro trading range for the past several weeks and months, this movement put a firm end to this consolidation phase.

It now remains somewhat unclear as to what ETH’s future outlook could be. Despite the overt strength of this move, the crypto still appears to be correlated to Bitcoin.

As such, whether or not BTC is able to push higher could determine its future.

One analyst is now flipping short on Ethereum, noting that it is pushing up against a macro resistance level that it is unlikely to surmount anytime soon.

Out of nowhere yesterday, Ethereum’s price saw a sudden surge that allowed it to climb from the lower-$240 region to highs of $270.

Both Bitcoin and Ethereum are now consolidating just a hair beneath their recent highs.

Bulls may also have greater control over the assets following this movement, as it caused a massive amount of sell-side liquidations to take place.

According to data from Coinalyze, Ethereum just saw the largest amount of short position liquidations in over three months, totaling at roughly $75 million. 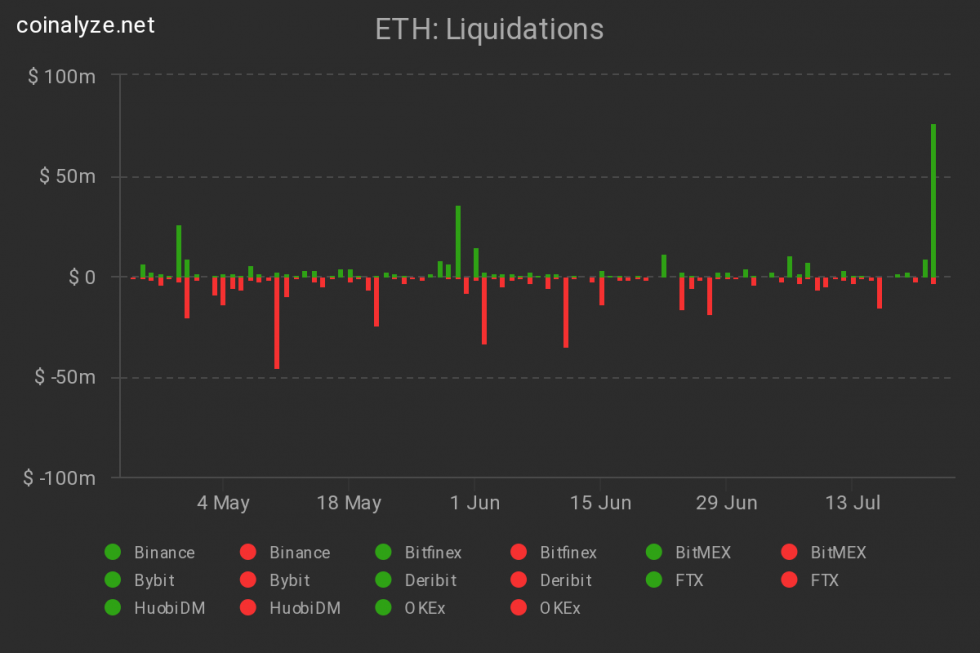 Why Analysts Are Short on ETH

Despite the overt strength Ethereum is currently flashing, analysts are flipping short.

One popular crypto trader spoke about the digital asset in a recent tweet, offering a chart showing that it is currently pushing into a high time frame resistance zone.

“ETH: Should’ve played the range again like I did the first two times instead of getting fancy. In all honestly, probably time to play the range again, if it ain’t broke…” 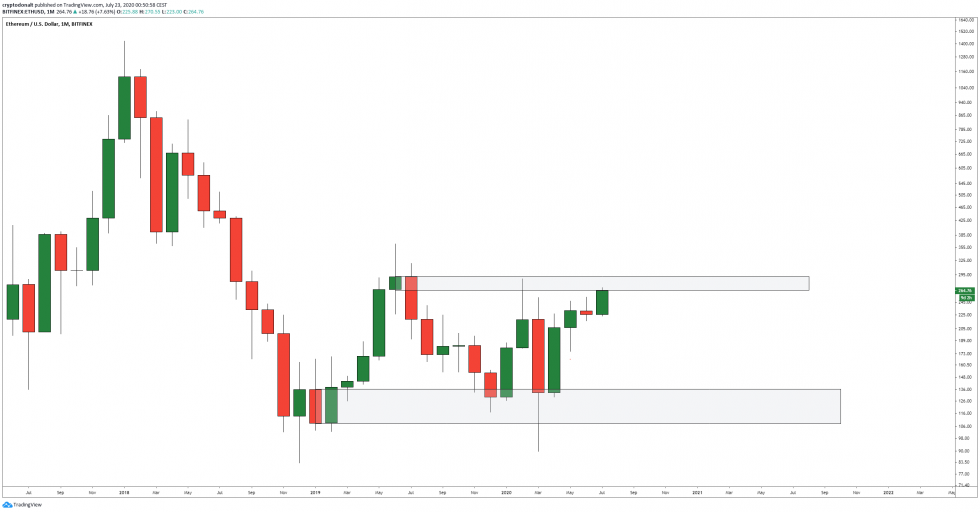 How it trends next may depend somewhat on Bitcoin. If BTC can surmount its resistance in the $9,500 region, it may create a tailwind that boosts Ethereum past its high time frame resistance.