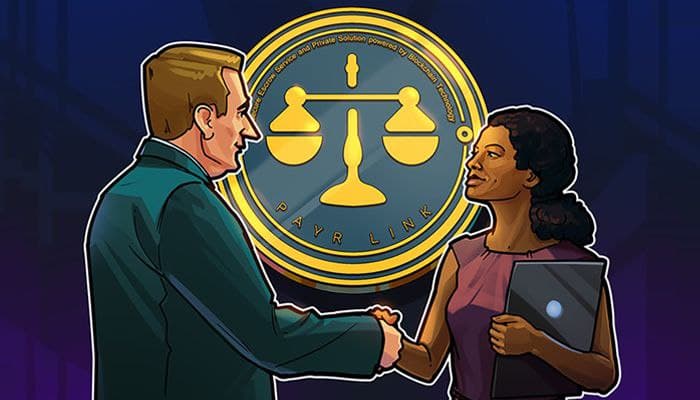 How PayrLink Will Revolutionize Private Transactions and Online Disputes

In an ever more growing digital world, PayrLink is the decentralized solution that enables people to make secure and zero-knowledge proof transactions without the need to trust a single third party, service, or individual. This dApp grants users access to a cost-efficient escrow service with an arbitrates feature.

As a result, anyone can use PayrLink to settle simple or complex disputes. The dApp minimizes the need to trust someone and removes friction from businesses by making the parties feel safe and transact in a private and secure fashion.

PayrLink protects users from online fraud, scams, and other illicit activities that use the internet to target people. For example, if two individuals or entities want to close a deal, hiring a service, or any other business, they can use PayrLink as their arbitrator.

In case of a dispute, issues with the work, or deadline problems, the protocol’s smart contract can be used to select a number of “Jurors” and a court to resolve it. The protocol will give users the option to choose specialized courts related to the area of the dispute.

For example, if two entities need to resolved issues with a software-related job, they will most likely go to the software development court; comprised of people familiar with the sector. Such as engineers, software developers, and others.

Once the case, evidence, and other elements are reviewed by the jurors, they can anonymously vote in favor of a party. In order to vote, jurors must stake PayrLink’s native token PAYR 30-days before this process takes place. Thus, the parties involved in the process know that the jurors will be impartial and proved that they will not benefit from the dispute outcome.

The protocol’s smart contract will verify the result, the votes, and penalized jurors if they breach the terms of the process.

Incentives For PayrLink’s Jurors And Users, A Decentralized System For Disputes

Many times, a freelancer, independent contractor, or company can be susceptible to a bad actor, or simply they could lack an impartial way of resolving a conflict. As demonstrated above, PayrLink is a solution with broad use cases and a decentralized system that incentivizes its participants to obtain the best result.

Jurors will receive compensation in the form of an Arbitration Fee. This is paid by the users that request the intervention of these participants. Thus, the protocol also creates a hedge against bad actors attempting to spam the system. According to PayrLink Whitepaper:

Each juror who is coherent with the final ruling will be paid a fee determined by the subcourt where the dispute is solved. The arbitrable smart contract will determine which party will pay the arbitration fee. The rules can be simple. We require the party creating the dispute or the party appealing to pay the fee.

In addition, Jurors with PAYR staked with the protocol received part of the common transaction fees. In this way, jurors have even more incentives to stick to coherent results, and the users requesting an arbitrage can be confident about the process.

Cryptocurrencies are helping millions achieve financial inclusion. PayrLink will do the same in access to justice by enabling arbitration in a large number of contracts that are too costly to pursue in court in a  private manner.