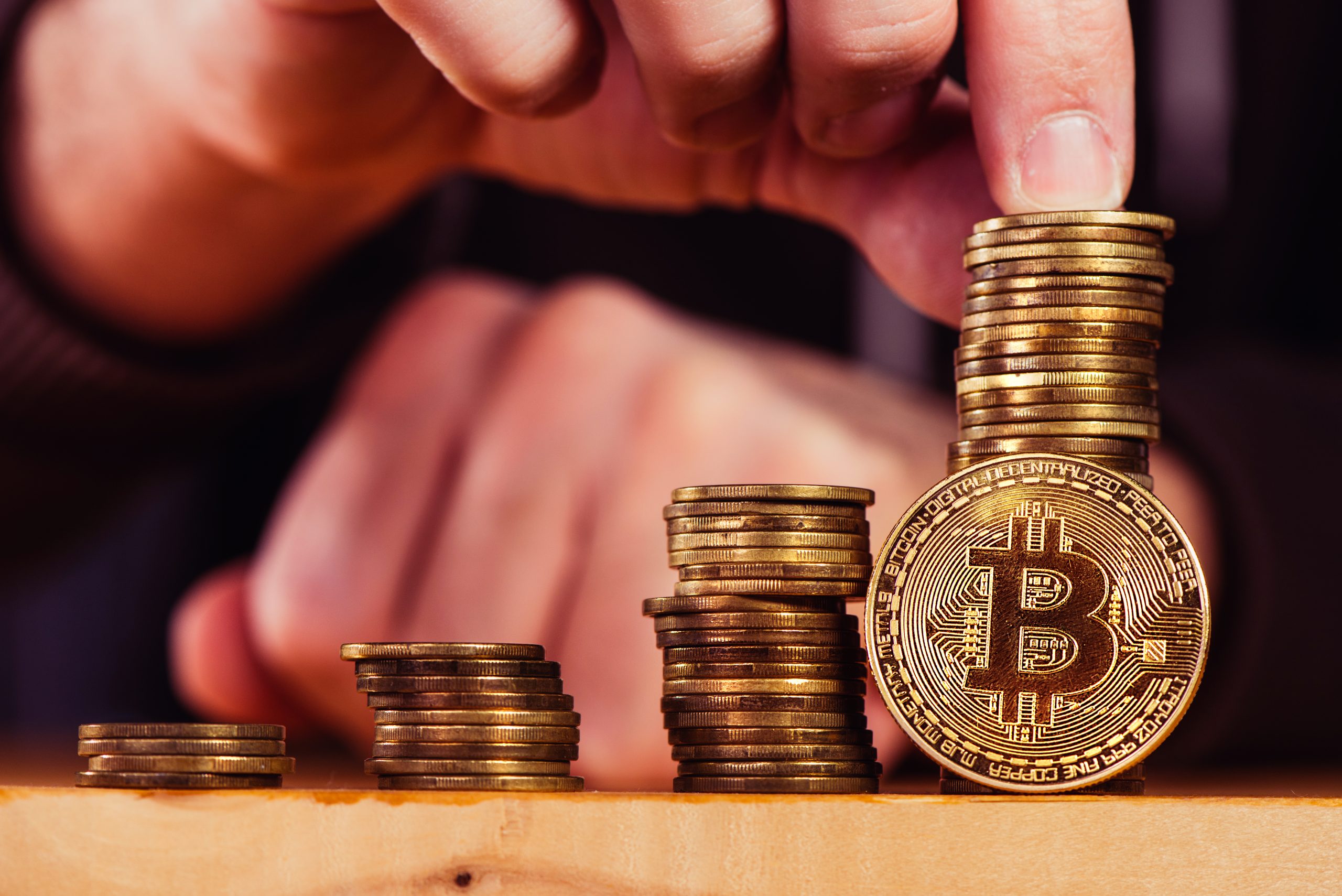 How Sats Stack Up: Comparing The Milestone $335B Bitcoin Market Cap

The latest Bitcoin rally, combined with the increase in circulating BTC since 2017, has resulted in a new all-time high in the cryptocurrency’s total market capitalization. $200 billion was said to be an incredible feat, allowing the underlying network to stand up against some of the largest entities in the world. With the total market cap now at a record $335 billion, here’s how Bitcoin now stacks up compared to giants like banks, retail giants, tech firms, and much more.

The leading cryptocurrency by market cap in just a few short months has grown from under $10,000 to over $18,000 at the local high but stopped short of setting a new record above $20,000. At the same time, the asset’s total market cap – a measure of money invested into the asset – has set a new record for the highest valuation ever.

Because new BTC is slowly trickled into the market through a process called mining, which sustains the Bitcoin network and ensures incentive to keep it in operation, the market cap can grow even when the price per coin hasn’t.

Since 2017, another 1 million and then some coins have made their way into the market, and potentially into the hands of long-term holders preparing for the bull run that’s potentially beginning now.

At a price of over $18,000 per BTC, the total Bitcoin network now has a valuation of a milestone of $335 billion, putting it on par with some of the largest companies in the world. It has even made the cryptocurrency more valuable than the total market cap of PayPal, the company whose recent nod of support caused the major breakout weeks ago.

When it comes to the cryptocurrency market, no other assets even come close to Bitcoin’s dominance. A metric measuring that exact market cap ratio compared to the rest of the crypto market puts BTC as two-thirds of the total capitalization. That means all other cryptocurrencies combined, are only worth half of Bitcoin’s network.

A better barometer of success at this point could be comparing the cryptocurrency network and its market cap against publicly traded corporations.

At $335 billion exactly, the crypto network just edges out payments giant Mastercard and has bested Nvidia – a company that produces computer graphics cards that are popular for cryptocurrency enthusiasts to use as a makeshift BTC mining rig.

Bitcoin now beats out Bank of America, PayPal, and other finance behemoths. The network is also now more valuable than everyday household names like Disney, Verizon, Comcast, and Home Depot. 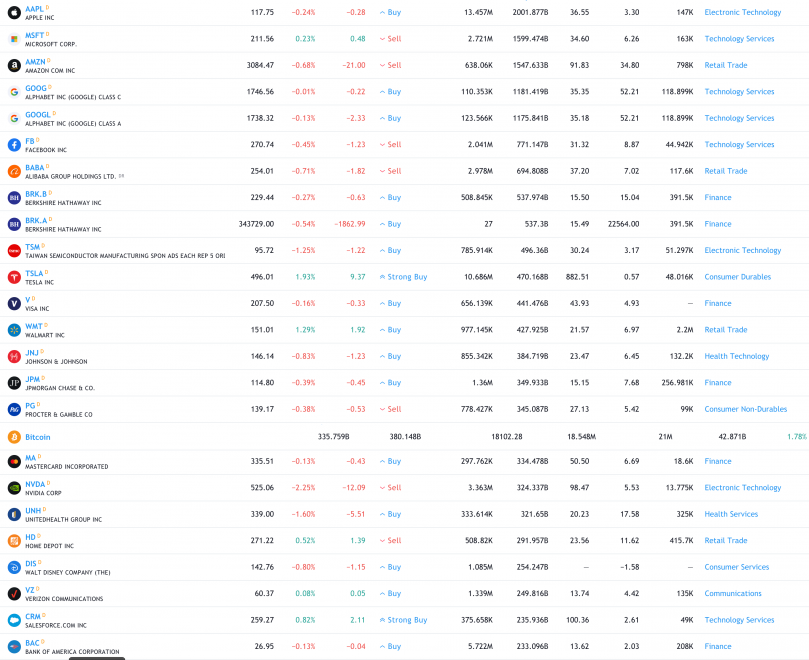 According to TradingView’s list of large-cap stocks, there are only 13 major corporations with a market cap more than Bitcoin’s, but considering the recent jump in a matter of weeks from $200 billion to $335 billion, the cryptocurrency will continue to rise this list.

The names above Bitcoin are the heaviest hitters in the world and include JP Morgan Chase, VISA, Tesla,  Walmart, Johnson & Johnson, Google, Facebook, Amazon, Berkshire Hathaway, and Microsoft.

Apple has held the title for the largest market cap for some time, reaching a $2 trillion valuation. But considering the prices per BTC predicted by some of the brightest investors across the globe, who had a hand in helping these other companies in an early stage, even Apple won’t stand a chance of preventing Bitcoin from cannibalizing its long-time championship position.