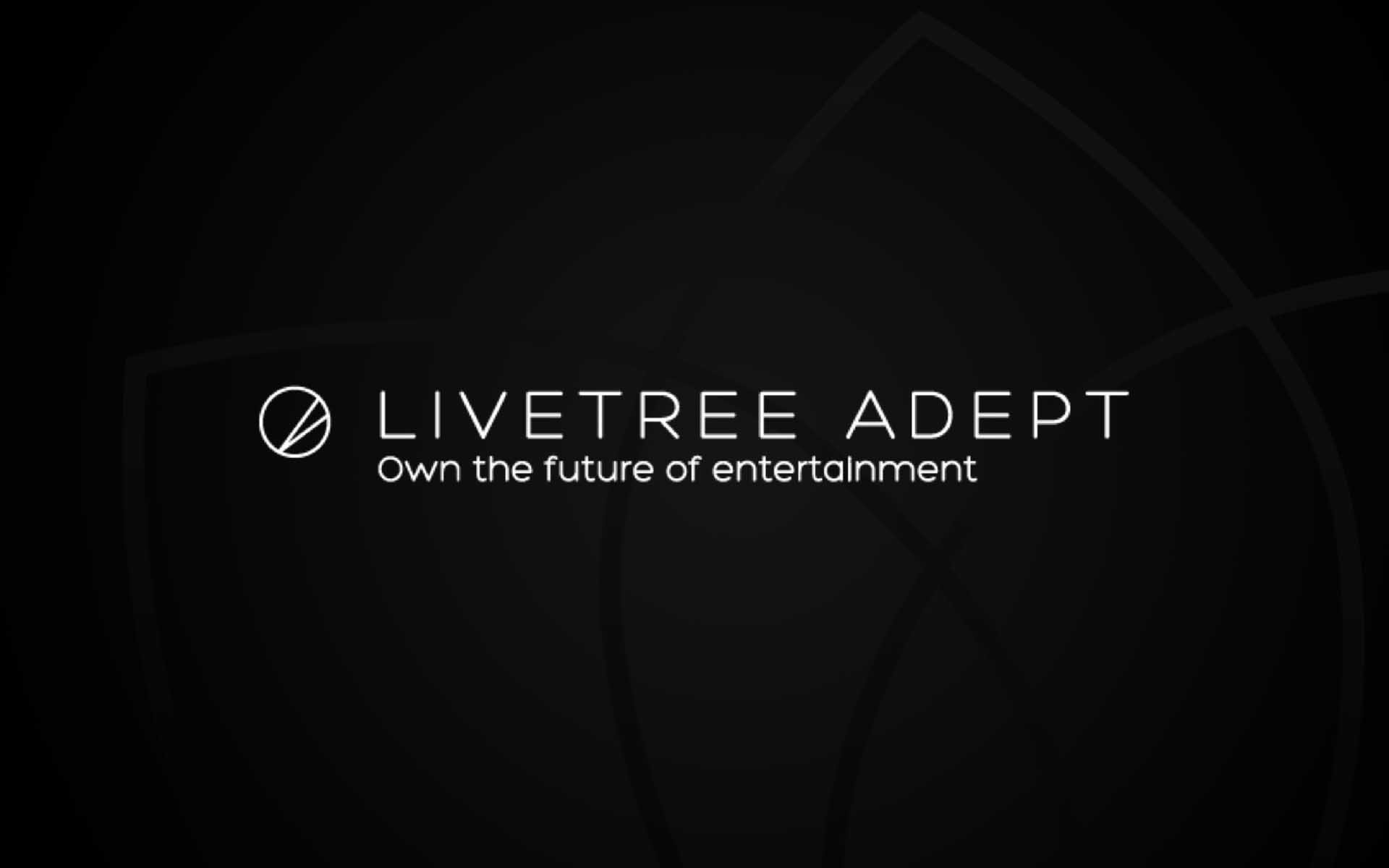 Over the last two years, LiveTree has established itself as a successful business for funding film and TV projects. It captured over 5% market share in entertainment crowdfunding via a unique funding method that incorporates “refer-a-friend” affiliate marketing into the funding process which considerably reduces marketing overheads, increases funding success and builds an audience around the project.

Having funded over 150 film and TV projects, LiveTree recognized few of the projects were in reality actually making it to cinema and TV screens. Getting films, TV, and content on to screen is difficult. Distribution is often restricted by complex contractual negotiations, insider connections, private wealth, or executives seeking cookie cutter content to advance their own personal fortune over consumer choice. Many in the industry recognize this needs to change, so LiveTree sought an alternative solution that empowered content creators and their supporting viewing audiences.

Introducing the next generation of the LiveTree platform, the world’s first funding and distribution platform solely dedicated film and TV based on the blockchain – named ADEPT (Advanced Decentralized Entertainment Platform for Transparent distribution).

The current process of distribution is somewhat limiting. Distributors meet content TV and content makers at festivals. Trying to navigate complex deal terms such as license territories, license type and license duration on paper or through email can be complex especially when several buyers and sellers are involved. This results in independent studios or productions being overlooked. To worsen the problem, the fees involved are up to 35%.

LiveTree is utilizing the blockchain to manage and license the rights for film and TV content with its new ADEPT platform. On the funding side, this means a backer of a project no longer just receives a crowdfunded signed T-shirt or DVD; they can also profit from their investment when the TV/film hits the box office, just like the high-net-worth individuals or studio executives do today.

On the distribution side, it eases the burden for sales agents, meaning they have access to new content at a considerably lower cost (2.5% vs today’s 35% fees). It also opens up possibilities for transparent revenue returns from online channels. If the content creator cannot get their content through traditional TV channels (BBC, ABC etc) they can fall back to online channels – such as LiveTree’s Blossom TV, a Netflix-style, online channel. Using the blockchain backers of the project and everyone involved can transparently see returns which are fully controlled by the creator.

In addition to reward-based crowdfunding, project creators can also use LiveTree ADEPT to secure funding from backers in exchange for the distribution sale of all or part of their IP, or a share of their content’s future value.

A second value-generating mechanism is that LiveTree ADEPT charges creators a processing fee of only 2.5% — rendered in LiveTree’s digital token Seed (see below) — which is significantly lower than the funding fees found in the industry currently of between 5%-20% levied by other crowdfunding platforms.

This model allows for a more democratic funding processing, enabling ‘normal’ people to invest in and profit from content alongside the industry’s traditional backers and gatekeepers — studios, broadcasters, and high net-worth individuals. It also helps to remove censorship and the ‘cookie-cutter’ approach to content creation, whereby only projects that are judged to have mainstream appeal are likely to find funding. This ‘commoditising’ of content limits both consumer choice and diversity.

By contrast, the LiveTree ADEPT model opens the door to new, unpredictable, boundary-pushing content, driven by creativity rather than profit. This benefits not only the TV and filmmakers, but also audiences, who crave the shock and excitement of the new, not the predictability and safety of the old. Film and television also exert a powerful influence on culture and social behavior, challenging opinions, bridging differences and opening dialogues — qualities that are of particular value in today’s world of fake news, bias bubbles and social-media echo chambers.

LiveTree ADEPT rewrites the rules of distribution by harnessing the power of the network effect to decentralize distribution and bypass the major corporate distribution channels. The platform offers three direct routes to market: Blossom TV, traditional broadcast, and online streaming/aggregation.

Blossom TV is a new online-distributed channel operated by LiveTree ADEPT. The Netflix-style subscription service serves as a showcase for new product, with consumers invited to pre-pay, or pre-fund, content before it is made.

The streaming/aggregation model uses the power and reach of YouTube, Vimeo, and other online channels to reach consumers. This approach is best suited to first-time content-makers looking to gain exposure and build popularity for their projects. All this and at considerably lower cost. LiveTree charges 2.5% fees paid in its Seed token versus 35% paid by sales executives today.

It is increasingly clear that the blockchain, with its ability simplify distribution, manage creative rights and address piracy, is disrupting the traditional film and content industries. The global crowdfunding industry is currently worth $1bn (2.5% fee charged in Seed) and is growing fast. Likewise the online distribution market for TV content, estimated to be worth $700m and counting (percentage captured in Seed projects – see below). And that’s on top of the traditional TV distribution market, which generated some $2.5bn (2.5% fee charged in Seed).

As the only platform that provides blockchain-based funding and distribution services for film and TV content, LiveTree ADEPT is strongly positioned to capture market share and create an entirely new market.

LiveTree was founded by CEO and founder Ashley Turing, a serial entrepreneur and consultant with more than 20 years of experience in technology innovation.

Over the last 2 years, LiveTree has attracted a range of high-profile partners, including the British Film Institute’s Future Labs, Film London, Red Rock Entertainment, along with a worldwide database of 14,000-plus contacts from across entertainment.

World’s first TV crypto-competition where the watcher can own what they watch interactively.

CryptoShare is a TV game show that showcases the world’s best uses of blockchain technology. It’s the world’s first show that enables you, through the use of tokens, to have a stake in what you are watching. It will be initially shown online through Blossom TV. We are also working hard to get this released through traditional broadcast TV channels.

Think “Shark Tank” meets the “Apprentice” but the twist is that you earn from the winning team! In week 4, you can help choose what the teams must do to progress. Remember, at the end of each round, a losing ICO contestant will be eliminated. This is where the crypto experts, leading blockchain industry pioneers, select a winner and “fire” the losing team. With a proven background in blockchain, the panelists will then select a winning team in the final round.

LiveTree ADEPT also announced a partnership with pioneering independent filmmaker Christopher Arcella and tech co-producer Erik Vesterlund on a new film and planned series, Decentralized. The pilot will be available to view on Blossom TV and will be shot later this year in New York City with the release scheduled for the fall.

Starring Amari Cheatom (Django Unchained, Love Under New Management, The Miki Howard Story, Night Catches Us,) playing a young economics professor as he learns about the blockchain through a lens of healthy skepticism. The story is written to provide an educational narrative in a fictional setting to help people completely unfamiliar with the technology get some initial footing.

Independent filmmaker Christopher Arcella is the writer, director, and co-producer on the project along with Erik Vesterlund acting as tech-consultant and co-producer. Vesterlund is a producer of the Ivan on Tech YouTube channel which has gained 130,000 subscribers in the past year, ranking it as one of the most influential media platforms specializing in news and analysis on innovations on the blockchain.

Demand is created through the funding and distribution fees paid in Seed set at an all-time industry low of 2.5% for both.

Projects such as CryptoShare harness the Seed token.

A total of 1,111,131 Seed tokens were sold in the pre-sale, surpassing the soft-cap target. This implies that investors today will be assuming less risk, since the project has now been greenlit and will definitely proceed.

All unsold Seed tokens will be burned which effectively means the hard cap (ETH 205m) is irrelevant.

There is no minimum purchase.

Payment will be in ETH (Ether), a digital token similar to Bitcoin, but built on the Ethereum blockchain which underpins the LiveTree ADEPT platform.