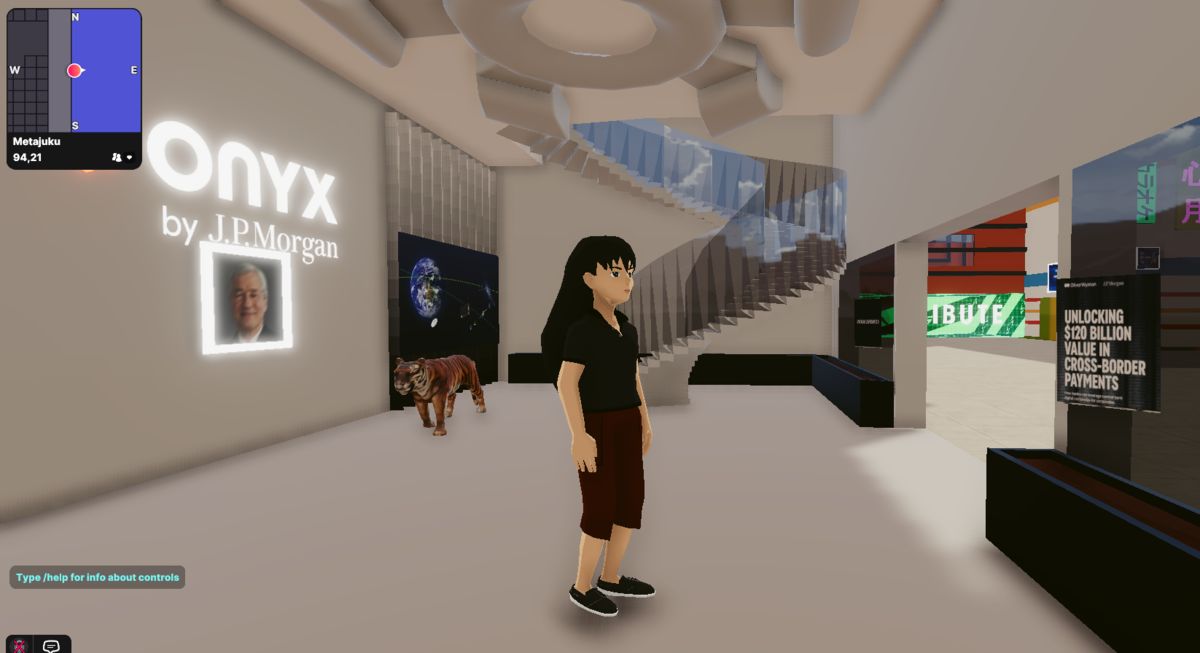 The components of a new era of technology are intersecting on a grand scale — and JPMorgan is at the forefront, trailblazing new frontiers in the metaverse.

JPMorgan has just released a whitepaper on the metaverse, projecting the emerging virtual realm might represent a $1 trillion yearly market opportunity as creators leverage Web3 to commercialize their work in novel ways.

Additionally, the investment bank has built a lounge in Decentraland, a blockchain-based virtual world dubbed “Onyx.”

JPMorgan is one of the biggest financial institutions in the world, with nearly $4 trillion in assets under management (AUM).

The authors of the whitepaper, managing directors Christine Moy and Adit Gadgil, stated that numerous technologies are merging and contributing to a “new technological age,” and the metaverse may be the catalyst that fuses them into an “integrated immersive experience.”

According to Moy and Gadgil, the metaverse might represent a $1 trillion annual business opportunity because it will almost certainly penetrate every sector in the coming years.

“When you consider the economics of the metaverse,” they stated, “there are potential in practically every market segment.”

Adidas, Atari, Gap, Hulu, Nike, Walmart and Verizon were listed by JPMorgan as early investors in the blockchain economy.

Related Reading | Bandai Namco Builds Its Own $130 Million Metaverse – Can It Boost Its IP Value?

The metaverse is a virtual world that encompasses all new internet technologies, including virtual gatherings, online commerce and gaming, and digital currency.

JPMorgan noted in its whitepaper that the average price for a plot of land in virtual worlds is steadily on the rise.

According to the New York-based bank, business activities conducted in virtual domains, including virtual property development, may soon parallel those made in the physical world.

Mortgages, rental agreements, and loans might all become a reality in the virtual stratosphere in the coming years, according to JPMorgan.

Building Communities In The Metaverse

By using the internet, we are already able to access goods and services that were previously out of reach.

Despite JPMorgan’s early foresight into the metaverse, it isn’t the only major player to have noticed the growing momentum.

Grayscale, a digital asset management company, published a similar estimate in November, forecasting the metaverse could be a $1 trillion market. Goldman Sachs has also disclosed the space is worth several trillion dollars.

Other major players, such as McDonald’s and Samsung, have likewise fast-tracked their efforts to emulate Facebook in the face of the hype.

The metaverse is the common thread that connects these contrasting elements into a single, “cinematic” experience.

As this simulated territory expands, other institutional actors are likely to join JPMorgan in the virtual sphere.

Related Reading | Ferrari Eager To Prance Into The Metaverse and NFTs — Are EVs No. 2 Priority?